Arizona – In 1994, when Arizona started its shall issue concealed carry weapon (CCW) program, there was considerable interest in how many and what types of homicides would be related to the new law.

I started teaching classes for the Arizona CCW permit when it went into effect, and I immediately noticed that my students were well above average in attitude, responsibility, and civility.   They always pitched in to assist in setting up where necessary, and their personal checks have always been good.

When the first statistics became available, I eagerly digested the information. One person with a CCW permit had committed a homicide, although not with a concealed weapon.  It was a domestic situation, and the perpetrator was a retired police officer.

The question arose, how often do police officers commit homicide compared to concealed carry permit holders?   Of the two, which is more common?

It appears that a person is three times safer with a concealed carry permit holder than they are with a police officer.

One would like to believe that the same is true for police officers, but data is much harder to obtain for them. Agencies that employ sworn officers do not like to tarnish their name with the misdeeds of officers, and unlike a few states that track crimes committed by CCW permit holders, I do not know of any government database of crimes committed by peace officers.

The best reported crimes are homicides.  It is a significant event that is difficult to ignore. There is usually a body.  Media usually reports all the homicides that they learn of.

I found two sources of data that seem roughly comparable:  One being the anti-gun Violence Policy Center (VPC) (http://www.vpc.org/fact_sht/ccwtotalkilled.pdf ) who attempts to track all homicides that are committed by CCW permit holders.   The data is incomplete, in that it relies on publicly reported stories, but it gives us a useful figure.  It does not seem likely that many reported stories are missed. (we can also assume by the source that VPC data is biased against lawful  gun owners)

For police, I used a web site that tracks domestic homicides committed by police officers, and another that does the same for police involved domestic violence.   The data is comparable to the VPC data in that it relies on publicly reported stories.  Data was available for complete years from 2008 – 2011 for comparison of the two groups.

Florida was chosen to represent CCW permit holders, because accurate numbers of permits were obtainable from the Florida Department of Agriculture.   Florida has the highest total of CCW permits of all the states, and the number of resident concealed carry permits in Florida is reasonably close to the number of sworn state and local peace officers in the United States.

The Violence Policy Center (VPC) says that Florida tops the nation in killings by people with concealed carry permits. VPC has complete years in their data base for 2008 – 2011 for Florida.  There are 27 total killings that are unjustified homicides by CCW permit holders, and 14 of those are domestic homicides.    The rate of domestic homicides per 100,000 per year is .583 per 100,000 for CCW holders. 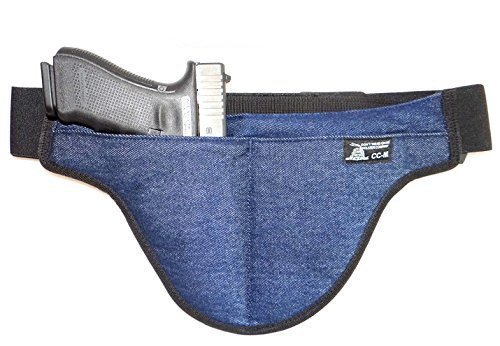 The homicide rate nationally dropped  from 5.4 to 4.7 per 100,000 during this period, and the Florida homicide rate dropped from 6.4 to 5.2 per 100,000. Since we are only looking at CCW holders in Florida, we would expect those rates to be a bit higher than the national rate for this period

For the data that we have, police appear to be three times as likely to commit murder as a concealed carry permit holder.

If we include all unjustified homicides (suicides were not included) found in Florida by the VPC for CCW holders for the entire four years, the rate is only 27/2,400,713 or  1.125 per 100,000 population per year.   This is comparable with the homicide rates in developed western European countries.   It is 61% of  the rate for police officers for domestic homicides alone.

There are no complete and definitive sources of data that will give us an accurate ratio of unjustified homicides committed by police compared to CCW holders.  The numbers are very small and no one keeps a national record of them.

However, the numbers found for domestic homicide cases, which are some of the easiest solved and most highly publicised cases, offer strong evidence that CCW permit holders are less likely to commit unjustified homicide than police officers, as little as one third as much.

©2013 by Dean Weingarten: Permission to share is granted when this notice is included.

The End of Dollar Dictatorship? Top 12 Foreign Holders of US Debt