Some readers have posed an interesting question about the Republican Party’s heated response to Harry Reid: Are we not dealing here with the party’s frustration over the double standard being applied by the leftist media? Presumably the media have consistently used a double standard in judging the two parties in terms of their statements about minorities; and so the GOP has pounced on Reid’s statements about President Obama’s image as a nice black person in order to throw at the Democrats and the media what has been turned against them, namely the charge of being insensitive to minorities. Sarah Palin said as much in an interview with Bill O’Reilly on January 11, when she complained about how the Democratic media "crucified Trent Lott and are now ignoring what Reid said." Although the Reps may be handling this issue badly, they are simply calling attention to an inconsistency in the way the media have treated the two parties on race-related remarks.

This double standard may be riling some Republicans, and it may help explain the hysteria into which I saw Sean Hannity descend last night at nine o’clock Eastern Standard Time. But there is also more to the story than my readers recognize. For decades the GOP’s share of the black vote has been falling steadily; and although that vote could rise slightly from its present 2%, it is not likely that the GOP, at least during my now dwindling lifetime, will be able to garner 20% of the black vote. If it could capture a higher percentage of that minority vote, such a coup would certainly help it in states with large urban areas. There black turnout typically hurts Republican candidates of all races. 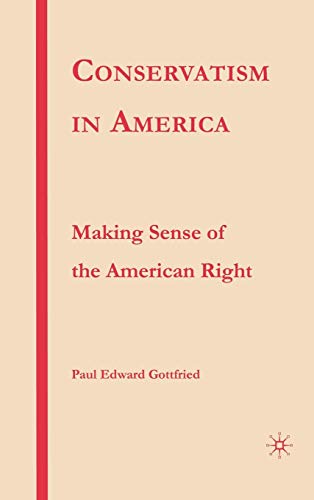 But there is no way the GOP can presently outbid the Democrats in offering set-asides and public money to minorities, despite the efforts of Karl Rove and other Bush-advisors to provide sub-prime rate mortgage loans to them, by intimidating bankers. The Dems are able to provide transfers of tax money and other public bribes to minorities on a steadier and more predictable basis. Moreover, Republican presidents have to deal with at least some strict constitutionalists among their constituents. And so they occasionally appoint federal judges who oppose quotas for minorities and other goodies that black political bosses demand. This has the likely effect of driving down the black vote for Republicans even more.

All the same, the Republicans can outdo the Democrats as PC purists. They can scream at Democrats for not destroying Harry Reid for his innocuous observations about Obama’s pigmental advantage spoken in private company. They can also wallow in guilt about American racism, like presidential candidate McCain after losing the election to our first black president or Bush lamenting American slavery in Senegal in July 2003. But Republicans can reach out even further in their rhetorical gestures. FOX, Heritage and other voices of the GOP now celebrate Martin Luther King as a national icon with a zeal that can only be matched by my very leftist college. The GOP press has meanwhile reconstructed King as a conservative thinker and conservative theologian, who took his ideas about civil disobedience from Aquinas and his view about original sin from Augustine.

Although the evidence for either claim is exiguous, here the effort is more important than factual accuracy. The GOP is trying to appropriate black symbols and heroes, and it went so far in 2006 as to distribute campaign brochures in, among other places, the South, comparing the war to spread democracy in the Middle East with the Union’s occupation of the defeated South during and after the Civil War. Supposedly a new Reconstruction, which would be more thorough than the original, was to be the model for Bush’s Iraqi policy. Although Southern whites came out and voted for the Bush-Rove party of Reconstruction, the blacks voted predictably for the Dems. (My gut reaction at the time was: good for the blacks.)

It is also the case that pace Sarah Palin, it was the Reps, not the Dems, who "immolated" Lott, in the words of Dan McCarthy, as a propitiatory offering to blacks. Dan has further observed in an email note to me that "Lott’s head on a pike did nothing to help George Allen [the liberal Republican politician who lost the black vote badly in the Virginia senatorial race in 2006]."

But such a useless strategy can be continued because until now it has done nothing to drive away most of the white Republican core. In the South more than elsewhere, the GOP has become the white party, as opposed to the Democrats, who attract almost every black vote. Presumably being a Republican, no matter what the party leaders say, identifies the party loyalist as a white Southerner. One might also observe, as Lew Rockwell has many times, that the South is full of military installations and disproportionately represented among military forces. Given such a connection, white Southerners with fading historical memories don’t seem to care about supporting a party that condemns the display of Confederate flags and praises the glories of Reconstruction. After all, the GOP is good at providing military build-ups and military engagements. 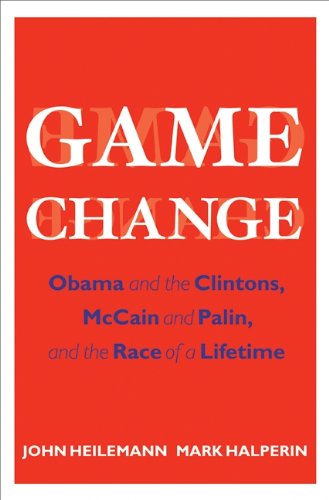 One can imagine the situation staying as it is, that is, with the GOP reaching out by putting us under a more oppressive PC regime. I expect Republican politicians will soon be engaging in an even more vigorous wooing of minorities, as Senator McCain did starting in 1998. That was when McCain declared his support for minority quotas at the University of Washington, a position he held until he ran for president in 2008. The GOP may go from waffling into strongly backing affirmative action as well as speech control in the name of sensitivity. Providing it can hold on to the business interests it serves, offer military opportunities for certain constituents, and pacify the Religious Right by allying itself with the Zionist Right and critics of abortion rights, the GOP could possibly move to the left on minority outreach, without incurring any major defections in its ranks.