Recently by Becky Akers: A Dearth of Depraved Dames

Both men allegedly assaulted passengers in aviation's gulag; both now endure Leviathan's fury and might, with arrests and charges, trials and punishment — "up to three years in prison and a $250,000 fine when he is sentenced in August," in Mr. Advani's case.

And both must be asking, "Why?" Tens of thousands of sexual assaults occur daily in airports, so frequently that they've become routine, with the culprits not only admitting their crimes but actually bragging about them. And repeating them dozens, perhaps hundreds, of times per week. Outraged parents film and photograph pedophiles groping their children. Concerned citizens videotape other victims so shamed they cannot even face the camera while they struggle to recover from the attack. Indeed, the assailants themselves often snap explicit pictures of their prey.

So the evidence against these serial perverts is graphic and overwhelming. Yet far from arresting or punishing them, Leviathan rewards them: with paychecks, "federal benefits," "X-ray vision" so they can view all the pornography they please on company time and our dime, "fist-bump[s]," and uniforms and badges calculated to awe the serfs.

Context is all, it seems. Mr. Advani and Mr. Bertrand were not wearing cheap polyester or tin jewelry when they struck. I was about to add that they didn't confine their offenses to the Transportation Security Administration's (TSA) notorious checkpoints, either – but then, neither do the TSA's rapists. They have expanded the scene of their crimes to airlines' gates and even beyond airports to bus stations.

So aside from their clothing and the fact that neither man taped his exploits, there's little that differentiates our two free-lancers' attacks from those of the TSA's whores. Mr. Advani was aboard "an overnight flight from Hong Kong to … Newark, N.J." last May when he "reached under the blanket of a woman sleeping next to him … and sexually abused her. Passengers sitting behind the victim kicked her seat to alert her, prosecutors said." When the lady “awoke, she became aware of the abuse and informed the flight crew…" Which ineluctably led to Mr. Advani's "detain[ment]" when the plane landed.

The War State Journal's readers are far more astute than its reporters and editors, and they've pointed out several problems with this story. How does a victim who slept through her abuse, so soundly that she would have missed it but for a boisterous rousing, know it really happened? How does she testify to it? And how exactly did the passengers behind her discern it through a blanket and, as one reader puts it, "the small slit in between the seats?? [sic]" And if they did, in fact, see what they think they saw, wouldn't they have naturally assumed she was Mrs. Advani?

Contrast these murky circumstances with the TSA's clear-cut, horrifically obvious assaults before scores of witnesses and cameras on fully sentient people who can and have loudly testified in detail to the molestation. And yet Mr. Advani, not his governmental counterparts, pled guilty this week "to a count of sexual abusive contact" — though he doesn't seem to have ever once threatened Sleeping Beauty with a fine "of up to $11,000 and possible arrest" for resisting his advances.

Nor did Mr. Bertrand. This former Marine, 26, met a 22-year-old woman in a restaurant at Denver International Airport, where she was stranded overnight after missing her connecting flight (hmmm: do you suppose the TSA had anything to do with that delay? Did it close down her airport of departure because some lucky cuss managed to escape its pawing? Or did it hold her flight at the gate so its goons could chastise a passenger who dared question them at the checkpoint?). She says they chatted over dinner; when she left to find a secluded area for some rest, he "followed and sat next to her.

"The woman said [Mr. Bertrand] asked if he could kiss her … u2018when I tell him that’s too forward, before I could finish my statement, he had already pulled me in to kiss him…,' the woman said. … Suddenly, she said, the man grabbed the strings of her hooded sweatshirt and pulled, lifting her off the ground. The man then threw her on the floor, grabbing her head and pounding it on the floor, said the woman, who had a large bruise above her left eye. … u2018He pulled my pants down and proceeded to assault me from behind.'”

You may be thinking, Hey, at least Our Rulers don't beat us to a pulp before gate-raping us. Au contraire. In 2007, Robin Kassner, a New Yorker and "marketing executive, says she was pulled out of the security line at Reagan National Airport when screeners told her her contact lens solution didn’t meet the liquid ban requirement. As a TSA employee searched Kassner’s bag, Washington D.C. airport police arrived and appeared to motion to her to step away from the bag. She turns her back … Two officers are seen [on tape from the airport's surveillance] dragging Kassner away from her suitcase before they throw her to the ground. … police lifted Kassner to her feet and shoved her into a nearby table. … One man can be seen taking his elbow and slamming her head onto the table." 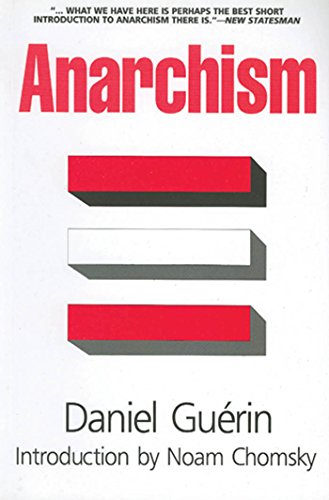 Even the TSA's "normal" fondling is harsh. "Before boarding a flight in Grand Rapids, a woman says the search at the security checkpoint was violent, unnecessary and extremely upsetting. … [Ella] Swift says they told her she was singled out because she was wearing a skirt. …'The female officer ran her hand up the inside of my leg to my groin and she did it so hard and so rough she lifted me off my heels,' she says. u2018I think I yelped.  I was in pain for about an hour afterwards…'"

Other folks probably saw Ms. Swift's violation — yet no one, least of all Ms. Swift, seems shocked that none of them came to her defense. Mr. Bertrand's victim claims several of the airport's employees walked past during the rape and implies that they should have rescued her. But can we blame them for neglecting to do so? They probably figured the TSA was up to its usual tricks, and we all know what happens to heroes who "interfere" with "security duties," now, don't we? "Finally … two airport workers outside the terminal saw the attack through a window and intervened."

Just as the federal TSA insists that its checkpoints are safe, so this municipally-owned airport insists its premises are: "All airport employees complete a mandatory annual training on safety and security…" Does that include instruction on how to differentiate official from unofficial sexual assaults? "Employees are trained to be extra-vigilant and to report suspicious activity…" Really? And how many reports have they filed on the TSA's crimes?

"'It’s very important that if you are traveling alone, … that you have the security of the facility that you’re in,' said the woman," who's obviously never heard of Columbine High School: "u2018Especially if it’s a government facility like the Denver airport…'"

Oh, the poor girl. That's precisely where the danger is greatest.

Previous article by Becky Akers: A Dearth of Depraved Dames