A delusion is a false belief held with conviction despite incontrovertible evidence to the contrary. LRC readers are certainly familiar with many delusions popularly held in the field of economics and the fact that these myths persist because they serve the interests of those who benefit from big government and ever-expanding government interventions.

The same is true in the field of medical science where one of the most widely accepted myths involves cholesterol and its purported role in causing heart attacks. 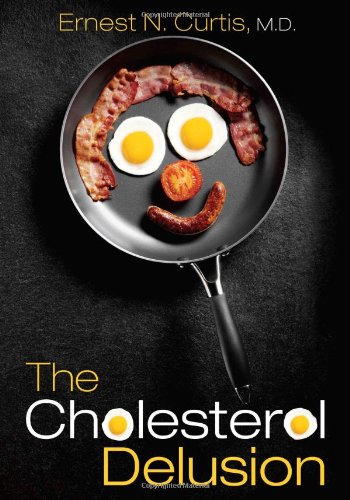 The truth is that these theories are scientifically bankrupt and cholesterol has nothing to do with the development of atherosclerosis or its subsequent complications. Unfortunately such a vested interest has grown up around these theories that their critics are almost never heard. The overwhelming volume of propaganda put out by the pharmaceutical industry and those segments of the medical profession and some of the self-interested institutions has created a national mania on the subject of cholesterol.

The purpose of my book, The Cholesterol Delusion, is to inform that sizeable portion of the population that are told their cholesterol is too high that they are being sold a bill of goods. The initial chapters describe the processes of atherosclerosis and heart disease in plain language that can be easily understood by those without a medical or technical background. The book then traces the development of the cholesterol theory from its origin showing that each step in its evolution was based on inaccurate data, faulty scientific analysis, and, in some instances, scientific fraud.

For those readers who wish to examine these issues in more detail, the Appendices contain reprints of the two major studies said to have established the truth of the cholesterol theory. Each of these is followed by a point-by-point refutation.