Some Concerns With the Amazon Boycott

Many opponents of the U.S. empire are calling for a boycott against Amazon, after its capitulation to Sen. Joe Lieberman's calls for it to stop hosting WikiLeaks on its servers. This is a controversial issue, with even LRC bloggers taking nuanced positions (e.g. here and here). Although it's possible someone could give me a compelling argument for boycotting Amazon, I am not yet convinced. Furthermore, there are several concerns that I haven't seen the proponents of a boycott address.

Of Course You Have a Right To Boycott Amazon

Before I dive in, let me defuse one objection. I have seen many boycotters argue, "Hey, it's my money and I have the right to do what I want with it." Well of course you do; nobody is denying that. By the same token, I have the right to send $10,000 to Jonah Goldberg because I'm outraged at what just happened. It doesn't mean that my action would make a whole lot of sense, though.

So in the rest of this article, we take it for granted that this isn't a discussion about libertarian or antiwar principles per se; nobody is a criminal for either using Amazon, or for boycotting it. I am just trying to clarify some of the issues involved, to make sure the boycotters have thought this through.

Why Single Out Amazon?

My first concern is that Amazon is being targeted only because it initially hosted WikiLeaks. That's the only reason this is even an issue. If Amazon is "censoring" WikiLeaks because it won't host it, then the same is true for every other company that owns servers in the world, except for the one in Sweden (Bahnhof AB) that currently hosts WikiLeaks. 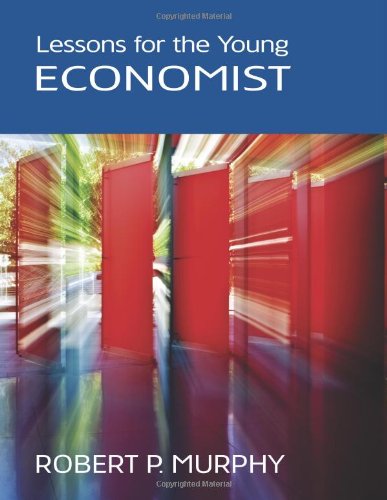 Now the boycotter could respond that this is just silly, and that there are plenty of principled owners of server space out there, who would be glad to host WikiLeaks. OK fine, then that shows in the grand scheme, Amazon didn't really "hurt the cause." And in actual fact, WikiLeaks was down for less than a day. Anyone who wants to sift through the secret material still has it all at his disposal; Amazon's decision in no way will protect the government from embarrassment.

I am sure the average boycotter will think I am being incredibly obtuse: Why, the whole point is that some companies – like the one in Sweden – need to be brave and stand up to the U.S. government, rather than fold at the first sign of trouble, as Amazon did.

Yet if this is the argument, then still I have to ask: Why single out Amazon for the boycott? To repeat, at least Amazon initially hosted WikiLeaks; this actually surprised me when I heard it, since I thought major corporations wouldn't want to touch Assange's website with a ten-foot pole in this environment.

If we are to boycott Amazon because it supported WikiLeaks, but then abandoned it when things started to heat up, then surely we should also boycott those corporations which we know would never have supported WikiLeaks in the first place. For example, we should never buy another GE appliance, because of the pro-empire spin of its media outlets.

And for a really tough one: Are we still allowed to watch Judge Napolitano's show? After all, he's associated with FOX, some of whose personalities have not been entirely supportive of Assange. If the answer is, "Yes, we can watch Napolitano because he's good on civil liberties," then why can't we buy Thoreau books from Amazon?

My concern on singling out Amazon is best summed up by the declaration from many boycotters that they would take their business to Barnes & Noble. But why? Did Barnes & Noble host WikiLeaks? How did they suddenly become the corporate heroes who laugh at profits and go to the barricades for liberty?

The boycotters seem quite sure that this episode will send a signal to major corporations that they shouldn't leave critics of the government high and dry. But this might actually backfire, and be akin to raising the minimum wage, thinking it helps unskilled workers. Specifically, the lesson to major corporations might be: "Whoa, let's not get ourselves involved with any dubious groups or individuals, in case the government cracks down and makes us look like the bad guys."

How Long Will the Boycott Last?

I have another question: How long is the boycott supposed to last? Until Amazon once again hosts WikiLeaks? Until the War on Terror is over? Are the boycotters really never going to use Amazon again?

As with the invasion of Iraq after 9/11, I am concerned that some of the boycotters are lashing out in rage because they don't like what just happened, even though they haven't carefully thought through what their actual objectives are, and what their "exit strategy" is.

Let's not lose sight of the fact that it was Joe Lieberman, representing the might of the U.S. federal government, who caused Amazon to drop WikiLeaks as a customer. I have read some boycotters arguing that Amazon should have put up more of a fight, at least waiting for a court order.

This strikes me as very naïve. The government has all sorts of tools at its disposal. The IRS could've hit Amazon with an audit. The company could have lost its sales tax exemption. OSHA could've discovered all sorts of safety violations at its offices. If Amazon had wanted to acquire another company, the government could've held up approval.

Look at how effortlessly Assange was demonized the world over, when he crossed these people. This is the same group that is currently using robots to blow people up, and claims the authority to unilaterally kill U.S. citizens with no due process. So Amazon executives were supposed to tell Lieberman to beat it, then lawyer-up and be immune from government retaliation? 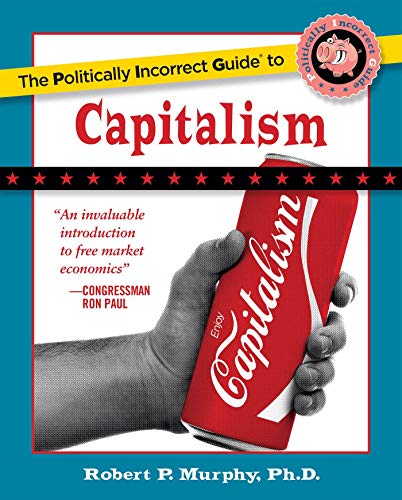 It's ironic to think through exactly why Amazon ended up being the target of the boycott, when even the boycotters would all quickly admit that it was Lieberman who was more culpable than the Amazon executives. Consider: If a would-be boycotter wanted to cause economic pain because of the silencing of WikiLeaks, then the obvious move would be to stop sending more money to the very government that is waging wars and harassing Assange.

Yet the boycotters aren't saying, "Hey everyone, let's stop sending our money to D.C." Why? Because they are afraid of what the government would do to them. In other words, they are behaving exactly like the Amazon executives.

Let us not forget that all of us, to the extent we pay taxes, are funding the very organization that is carrying out operations that WikiLeaks is trying to stop. In that light, it's odd to become indignant over Amazon for merely withdrawing its support from WikiLeaks, when the boycotters themselves continue to send their money to the organization actively trying to shut down WikiLeaks.

Conclusion: To Each His Own

I hope this essay is not construed as an attack on those who urge a boycott of Amazon. Especially after Amazon's weasely press release, I completely understand the disgust with large corporations that "play nice" with the government.

Judging from the debates on this topic that I have seen, it seems the boycotters and non-boycotters are content to go their separate ways in peace. Nobody, for example, is suggesting that the boycotters be boycotted for their unfair "disruption of commerce"; that would be silly. And by the same token, I haven't seen any boycotters threatening to disassociate from someone for crossing the picket line and ordering Christmas presents from Amazon.

As I said in the beginning of this essay, these are not matters of property rights, but rather ones of strategy for gaining one's ultimate objectives. I do not condone the current U.S. apparatus of worldwide military occupation and police state surveillance, and am going to use whatever peaceful methods I can, to persuade as many people as possible that there is another way to live.

Along the way, I have made decisions, such as refusing to work for the government in any capacity, including as a professor at a State-funded school. That doesn't mean I condemn people who teach at State schools as "sell-outs," it just means it was a decision I made for myself. On the other hand, I pay my taxes in accordance with the law, even though I know there are some extreme libertarians who would condemn me for "feeding the beast" and perpetuating the very system I claim to oppose.

It's very hard to live a principled life, and the rapacious State makes it that much harder. If someone wants to boycott Amazon because it dropped WikiLeaks, I understand the motivation. I would just hope the boycotter has thought it through.