10 Organic Foods That Are Worth the Money

The FDA states that more pesticides are found on apples than are found on any other fruit or vegetable – a grand total of 36. One test found seven chemicals on a single apple. Sounds like a good reason to switch to pesticide-free organic produce to me.

Of course, if you do eat apples or any other fruit, use them sparingly and never consume them in the form of fruit juice, which is basically just a glass full of fructose.

An infant’s immune system is less developed than an adult’s, and more vulnerable. Nonorganic baby foods tend to use fruits and vegetables that have been treated with chemicals.

Dairy cows eat grains that are heavily treated with chemicals, which show up in the milk. Non-organic milk can also contain bovine growth hormone and antibiotics.

However, RAW milk is nearly always better than organic milk if it is purchased from a conscious farmer. In that case, it may not be certified organic, but it will essentially be organic anyway, and drinking your milk raw is KEY. The linked article should have written loads about this difference, but failed entirely to do so. 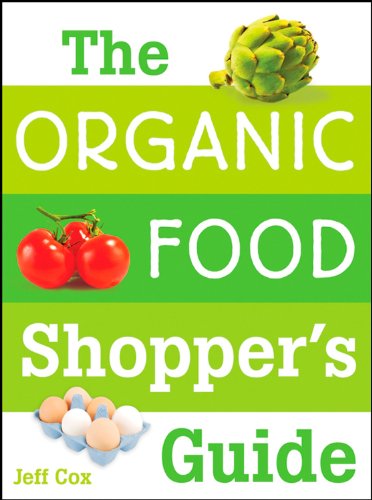 Cantaloupes often are contaminated by five of the longest-lasting chemicals. Dieldrin, a very toxic and carcinogenic insecticide, still gets taken up through the cantaloupe’s roots even though it was banned in 1974.

Cucumbers were ranked the 12th most contaminated food and the second in cancer risk due to their pesticide content.

Grapes get treated with numerous chemicals, especially Chilean grapes, which can be sprayed with as many as 17 of them. Grapes are also, whether organic or not, especially high in fructose – you might want to consider eating the grape skins and leaving the grape itself alone.

There are over 60 pesticides that are registered for use on green beans in the U.S.

The chemicals used to treat spinach may cause cancer or interfere with hormone production.

Strawberries are among the most contaminated of all produce. Once again, be wary of overdoing it with fructose when you eat fruit. 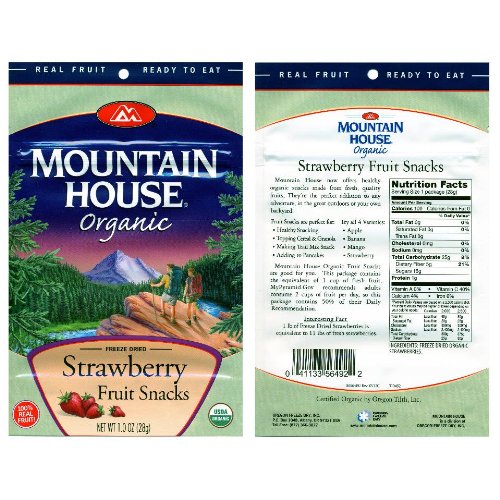 Winter squash, like cantaloupe, can absorb dieldrin from the soil.

Organic food can be more costly than its conventionally grown alternative, but your payoff of good health should more than make up for it – and reduce your overall health care costs in the future.

It sure makes a load of sense to me to invest a bit more now so you can avoid paying much larger medical bills in the future, as well as avoid the physical and mental disability and dysfunction that inevitably follows from eating heavily contaminated foods for a lifetime.

That said, when you do buy organic you want to be sure you’re getting the most bang for your buck, and your dollars are not being wasted on food that is only marginally better than its non-organic counterpart.

The list above is an excellent starting point if you’re looking to switch to an organic lifestyle a little at a time, rather than converting 100 percent, but there are some additional points that can help you out too.

Most people fail to appreciate that their view of what food should cost is seriously warped by agribusiness. They don’t realize that these multinational corporations, that care nothing about health, have perverted the entire system to provide “food” very cheaply through factory-farming methods.

As a result many now believe real food should be inexpensive.

For virtually all of human history, our ancestors paid proportionally far more for food, and many primitive cultures spend 75 percent of their time and money in simply acquiring food.

The upside of this, however, is that these very factory-farming technologies that make “food” cheap now make it possible to eat about as healthy as it has ever been possible in the history of this planet. And amazingly, it costs far less to do so now then it did previously.

We just need to do it with knowledge and wisdom. That is a large part of what I seek to explain on this site. To warn you of the pitfalls to health, and help you to identify the healthiest, most cost-effective approaches to health so you don’t have to rely on drugs that can kill you. 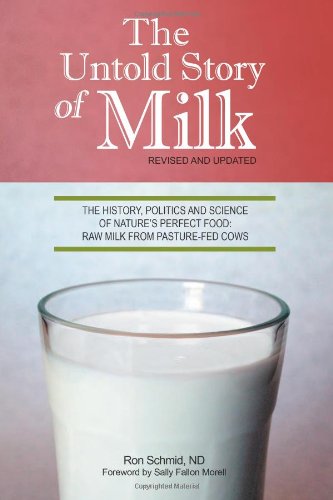 You can also justify the higher cost of eating healthy by looking at the LONG TERM potential benefits which you will most likely appreciate, like avoiding disability and time in the hospital and most likely, avoid a premature death.

At least in the US, everyone has choices to make in terms of what type of food they will eat and how it will affect their health. The question becomes do you want to sacrifice your current and future health for convenience and taste or choose more expensive healthy foods and cut back in other areas?

The Most Important Foods to Buy Organic

If you’re on a tight budget but want to improve your diet by shopping organic, animal products like meat, poultry and eggs is the place to start.

Since animal products tend to bioaccumulate toxins from their pesticide-laced feed, concentrating them to far higher concentrations than are typically present in vegetables, I strongly recommend you buy only organically raised meats.

Unlike conventional fruits and vegetables, where peeling and washing can sometimes reduce the amounts of these toxins, the pesticides and drugs that these animals get exposed to during their lives can become incorporated into their very tissues, especially their fat.

While you can cut off some of it, you may still be ingesting high amounts of toxins if you consume such foods regularly.

Another important factor that sets organic meat apart from its conventional counterpart is it will not contain antibiotics and other growth-promoting drugs.

When choosing organic beef, taking the additional step to make certain the cows are exclusively grass-fed, including the three months before they are slaughtered, can make a big difference in the quality, taste, and nutrient content of the beef.

For chickens, it would be important to make sure they are cage-free, or free-range, chickens, as well as being organic.

Eggs from truly organic, pastured chickens are also FAR less likely to contain dangerous bacteria such as salmonella, and their nutrient content is also much higher than commercially raised eggs. However, the organic eggs in your grocery store may have undergone additional treatments during cleaning and processing that you’re better off avoiding. 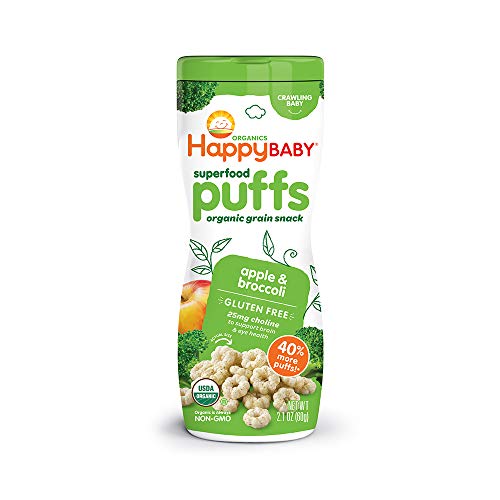 Dairy: Is Organic Worth It?

Organic dairy products are important because they’ll be free from pesticides and Monsanto’s genetically engineered growth hormone rBGH. However, the real issue is not organic vs. non-organic milk, but pasteurized vs. non-pasteurized, or raw, milk.

Hands down, raw milk, even if it’s not organic, is the superior choice.

Pasteurization transforms the physical structure of the proteins in milk, such as casein, and alters the shape of the amino acid configuration into a foreign protein that your body is not equipped to handle. The process also destroys the friendly bacteria found naturally in milk and drastically reduces the micronutrient and vitamin content.

Pasteurization destroys part of the vitamin C in raw milk, encourages the growth of harmful bacteria, and turns milk’s naturally occurring sugar (lactose) into beta-lactose. Beta-lactose is rapidly absorbed in the human body, with the result that hunger can return quickly after a glass of milk – especially in children.

The pasteurization process also makes insoluble most of the calcium found in raw milk. This can lead to a host of health problems in children, among them rickets and bad teeth. And then there’s the destruction of about 20 percent of the iodine available in raw milk, which can cause constipation.

When pasteurized milk is also homogenized, a substance known as xanthine oxidase is created. This compound can play a role in oxidative stress by acting as a free radical in your body.

Raw milk contains good bacteria that are essential for a healthy digestive system, and offers protection against disease-causing bacteria … so I don’t recommend you waste another penny on pasteurized organic milk, seek out milk (and other dairy products) from a reputable raw dairy instead.

Which Produce Should You Buy Organic?

When it comes to produce, if you can’t find the best of both worlds, which is locally grown organics, then buying fresh, vibrant locally grown conventional produce may actually be better than wilted organics. However, it can be tricky, since some conventionally grown produce simply LOOKS fresher due to all the chemicals they’ve been treated with.

Perhaps your best bet, if you can’t find locally grown organics, is to opt for USDA certified organic, but not imported organic, over the conventionally grown variety.

Just be aware that wilted organic produce is not going to provide the nutrition that fresh produce will, even if it’s conventionally grown.

In terms of pesticides, the Environmental Working Group has done the work for you and identified the 12 fruits and vegetables with the highest pesticide load, making them the most important to buy or grow organic:

Making Sure Your Organic Foods are Really Healthy 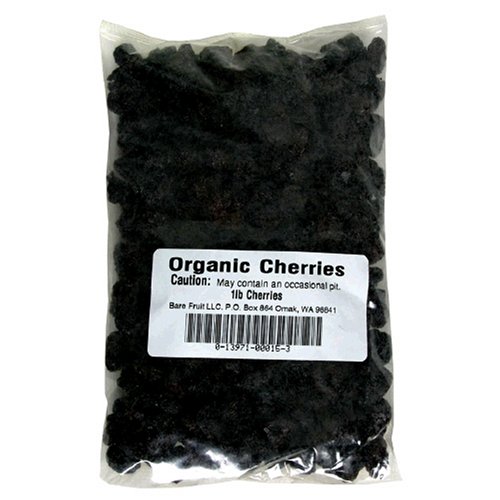 As I’m fond of reminding you, 90 percent of the money Americans spend on food is spent on processed foods, which is a disaster for your health even if you’re buying “organic” processed foods.

Just because someone slaps an organic label on a food product, that label does not somehow magically transform a junk food into a health food. Organic processed foods – ice cream, potato chips, soda, etc. – are just as detrimental to your health as conventional processed foods.

So when planning your food budget, make sure your organic choices are centered on whole foods like meat, raw dairy and produce – not processed imposters.

Also be aware that if you shop at farmer’s markets or food coops you’ll often come across food that is extremely high quality and grown according to organic standards, but not certified as such. Often small farmers cannot afford the costly organic certification process but still grow their food according to these principles.

Again, this comes down to knowing where your food comes from so you can make informed choices about whether it’s better to buy non-organic locally grown produce or organic produce from your supermarket.

Overall, though, the old saying “you get what you pay for” applies perfectly to the food supply in your 21st-century stores and supermarkets.

Your grocery bill might be less if you purchase only processed foods, along with conventionally grown vegetables coated in pesticide residue with an artificially high nitrogen content, and corn-fed beef, or irradiated chicken filled with growth hormones.

But although they may cost you less at the checkout, are these foods really less expensive over time?

What about the cost to your health and quality of life from eating these foods?

These costs don’t show up on your food bill, but they’ll show up later in your health. Since your health is literally priceless, it makes sense to do all you can to protect its value, including buying foods that are as pure and natural as possible.

Previous article by Dr. Joseph Mercola: It's Bad For Your Teeth, Too

Economic and Political Collision Ahead Turn On, Tune In, Drop Out: Break the Banks