Election Day at the Bar With the New York Times

The political process…a mere battle of rival rogues. But the mob remains quite free to decide between them.

I spent this just passed, most Historic of Elections as any right-minded citizen stranded in a democracy should — at my favorite dive bar, as apolitical a place you can hope for to take refuge from America’s favorite pagan ritual. While it’s a toss up whether or not my bar has been upgraded, maintained, or cleaned since her doors first opened, at no time have I ever seen the television move off a sports channel nor heard any patron discuss anything other than their team’s chance at a championship. I did not want to be bothered by chirpy voiced get-out-the-vote phone calls or handed two-sided pamphlets telling me either how my incumbent has been spending my paycheck or how his opponent plans to spend it. All I wanted was to read my New York Times, drink in peace, and be let alone by the tumult of American democracy.

I love the New York Times, Pravda of the Hudson, even though she’s getting a bit long in the tooth and is often a bit demented. I grabbed a beer, sat in my usual booth, and began flipping quickly past all the breathless election coverage, those required hymns to History In The Making when it caught my eye; a reminder that Democracy is not just our main export item but also our national obsession.

After Delays, Citizens Vote For A President In Ivory Coast grabbed my attention and wouldn’t let me pass because, lo and behold, we were sharing the same election week as Ivory Coast! Seems they had lost their right to vote and now they had it back, and the triumph didn’t even require an invading American army. I had to read it, so despite my best efforts democracy walked into the bar with me.

First off it is necessary to let everyone know — as despite a global empire the world is a blank canvas to most Americans — that Ivory Coast is a small, impoverished West African nation of 21 million people, often wracked by internal fighting. Yet, while they know nothing of the rule of law they are certainly up on how an election works as they divide effortlessly, as Americans do, into factions. In Ivory Coast, as in any democratic nation, factions spout like mushrooms on manure.

Also like Americans, Ivorians harbor a particular hatred and fear of immigrants, and those poor souls who flocked to Ivory Coast during its boom years and remain behind, stranded and numerous enough to be one-quarter of the population, are frequent targets for politically engineered pogroms. Any barbaric people need a dog to kick, and it is the immigrants who are the chosen sacrificial victims at the altar of Ivorian democracy, used by demagogue politicians as blood payment to the voting mob to aid their climb to the top of the country’s political dung heap. 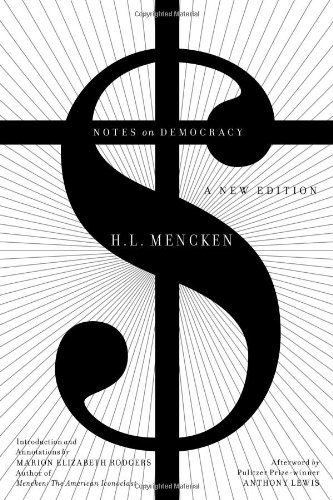 One of the worst of that lot is the current president (and incumbent), an out and out thug named Laurent Gbagbo. "A leftist university professor turned populist strongman" (insert Obama joke here) he is backed by a man named Charles Ble Goude, who spends his time organizing pro-government riots and attacks on immigrants and rival factions using the vicious street militias under his control. According to the Times such riots and attacks are used to swing elections in favor of those who execute them and they have "given Mr. Gbagbo a popular boost."

The violence is not confined just to non-Ivorians but doled out liberally amongst the natives as well. Just the act of running for office can put a target on your (and your supporters’) head and both of Mr. Gbagbo’s opponents, themselves long time grandees in Ivorian politics, are to be (according to Mr. Gbagbo’s campaign) "ground into powder, like corn." In Ivory Coast this is no idle threat and, as if to press the point, at a recent pro-Gbagbo campaign rally (held to pounding drums, with sing alongs and freely flowing liquor) Mr. Ble Goude worked up the voters when he entered "holding aloft an ear of corn." When Mr. Gbagbo himself entered the stadium "the people, many visibly intoxicated, went wild." One supporter explained his rapture, "he is a man of the people, and he doesn’t have a house in France."

I don’t have a house in France, either, but I don’t feel any need for one. I have the bar back Scary Mike bringing me fresh beers as needed, I’ve claimed run of the jukebox by playing Minus the Bear’s latest album three times running, and haven’t heard a peep about the day’s election since I walked in. What else could life offer that I’d want? Certainly not the presidency of Ivory Coast: nor of America, for that matter.

The bar is full now. It’s just past five and the suits arrive to press up against the hardhats that had arrived about three, and the hardhats are now pressed up against the bums who have been here all day. I’ve been here all day. The bar attracts a cross section of work-a-day New Yorkers, the kind who care far more about the Mets and Yankees than about whatever madcap scheme the political elite has dreamed up this election cycle.

They are apathetic but not unintelligent (at least when compared to much of America’s ruling elite), just not very inquisitive. The average man’s mental horizons are extremely limited, not only in America but also throughout the globe and throughout recorded time. In his political knowledge, opinions, and behavior the average American is for the most part an ignorant savage, so when he sticks his nose into the democratic process he displays much in common with his contemporaries around the globe.

Those drinking beer in my bar are not of that type, they are of a mind completely incomprehensible to the legions of do-gooders that infect America’s body politic because they wish to be left alone, and like the Ivorians they simply "long for a return to the boom years." And judging by the fact that they, like me, aren’t running off to make the polls before closing, they do not believe that the way home lies through a voting booth.

Unfortunately some Ivorians, voting for the first time in a decade, seem to have pinned their hopes that it does. "We’ve been waiting for this for too long, too long" said a sullen Ivorian voter to a reporter, and he thinks that after all the votes are tallied then "we’ll really know we’ve done something."

"Yes, you’ve done something," I think closing the paper, "wasted your day waiting in line to vote" and that, more than anything, is the crux that all Ivory Coast and American voters share, this irrational veneration of democracy and its absurd premise that the common man knows best and should be, has divine right to be, the final arbiter in political matters. We may as well ask an auto-mechanic to perform open-heart surgery.

What then, you may ask, is my preferred system of governance? I leave that question to better men than I, a mere beer drinker, so I’ll fob it off on Cato’s Letters No. 23 to answer, and it declares, "We do not dispute about the qualifications of a master; we will have no master."

I’ll drink to that.

Worried About the Burqa, But Not the TSA US Air, Stop the Lies