Pastor Jones: A Useful Idiot An Idiot Burning Religious Books Is Spun By the Washington Elites

The establishment is all outraged about the wacko preacher down in Florida planning to burn the Koran on 9/11. I agree it is a stupid act with some downside against the already deplorable reputation of the United States around the world but this is a freedom of speech and religion issue just like the proposed mosque to be located near the World Trade Center.

My problem is all of this PC rhetoric not to alienate Moslems is just more establishment propaganda to destroy freedom of speech and opposition in our nation by labeling everything they oppose as hate speech etc. Where was the establishment when Moslem groups like Hamas burned Bibles, or Orthodox Jews burned Bibles in Israel and Evangelical extremists’ burn the Book of Mormon here in the US? This media outrage just gives the enemies of freedom another opportunity to label those who oppose the status quo as intolerant racists and white trash rednecks whether they are slandering the Tea Party, Southerners or Ron Paul supporters. 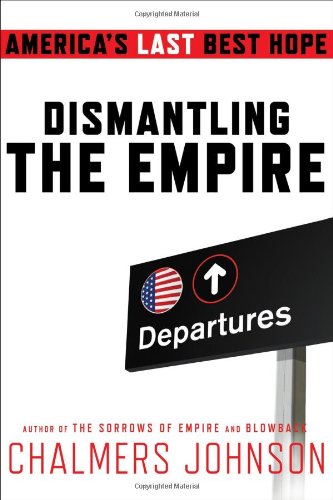 The second point always mentioned is how this will put US soldiers at more risk in our occupation of several Moslem countries. Our nation due to our invasions, bombings and targeted killings is already the most hated country on the face of the earth in most of the Arab world. Therefore I seriously doubt this will add much to the outrage but I fear this will be a great propaganda victory for the terrorist extremists and the Neocons who want war. We must remember it was the Neocon establishment which enslaved American foreign policy for their interests and that has put our troops at risk, not some crazy preacher down in Florida.

Consequently, this has become a major news event and issue here at home and now around the world because the political establishment sought to use this issue as another warning to those who oppose the Washington political elites at home and military aggression abroad.

While Pastor Jones and his mentally challenged church members certainly have a right to protest and advocate their point of view, he is actually just playing into the hands of Moslem extremists abroad and our own Neocon-controlled government here at home. In the end both groups threaten the remaining liberties of Americans to practice the religion or non-religion of our choice as well as our culture, an honest history and our sovereignty.

The only burning we should be doing in our nation is legally disposing of the defeated regulations and legislative acts of a political establishment out to enslave us to their controls, wealth confiscation and dictates. To do this, first we must peacefully and through education and the democratic process take back our nation from the special interests that now control it and operate our government as their own, legal Mafia-type operation.

We do not have to agree with other religions or political views but we should show respect and toleration for all while we defend and advocate our views in the strongest possible manner. The same can be said for the Washington establishment and a few of their "approved opposition" libertarian and conservative beltway buddies. There really isn’t a lot of difference except in sophistication from the outrageous behavior by Pastor Jones and some who oppose the real freedom movement as we have seen by attacks against Ron Paul and the Mises Institute.

Ronald Holland is the author of several books as well as numerous special reports and hundreds of articles on finance, investments, history and politics. He speaks and moderates frequently at financial and free-market conferences and has developed Swiss oriented financial products in the US and Switzerland and his lived and worked in the US, Switzerland and Canada. He was head of a bank trust department, president of an investment firm licensed in 47 states and involved in resort real estate marketing and sales. He consults with a wide range of individuals, corporations and entities. Ron Holland can be reached at skironholland@yahoo.com