The Enforcement of Rights

Karen DeCoster and I recently generated a great deal of e-mail response to our blogs concerning the creation and enforcement of homeowners’ association rules. The specific topic at hand, begun by Karen, related to an elaborate set of restrictions concerning dog "poop." A rule proposed in one condominium complex would require dog owners to provide DNA samples that could later be compared to "wayward excrement" to identify the miscreant canine and its owner. Owners would also be assessed a $10 per month fee for the collection and testing of any poop found on the premises. The owner of any dog found in violation would be subject to a $500 fine.

Karen’s point — as well as mine — was that the desire of many people to subject their neighbors to rigid controls was not confined to using the state to enact statutes or ordinances, but can be found in private undertakings. Control freaks are also in the workplace as well as legislative halls, endeavoring to micro-manage the habits and behavior of employees as to matters having no bearing upon the work to be performed or the protection of the employer’s property. Rules prohibiting employees from smoking during non-work hours and in their own homes, as well as private efforts to control the eating habits of others, are but two recent examples. Homeowners’ association restrictions have long been a source of neighborly regimentation. It was in this spirit that Karen and I commented upon the predilection of so many to want to control the actions of others, be it through political or private means.

There is no necessary connection with libertarian principles here. Homeowners are at liberty to agree to such restraints, just as Karen and I are at liberty to question the mindset that promotes them; just as I am free to criticize your hat, or rock music.

This mania for control over the lives of others is not the theme for this article, however. I have explored this topic in books and other articles I have written. What I focus on, herein, is the question raised by the aforesaid e-mailers: how are our rights to be protected and enforced?

Let me begin by saying that I have long taken a very restricted view of "rights." I have never been impressed by arguments grounded in so-called "natural law" or "moral rights." How am I to know the definition, the boundaries, of what I — and my neighbors — may or may not do in compliance with such "rights?" Furthermore, why should I have to base my claim to immunity from the trespasses of others on any ground other than my own free will? My liberty to act within the confines of what is mine to own has long taken priority over any notion of "rights."

There is one setting within which it seems appropriate to speak of "rights": where you and I enter into an express contract to do — or refrain from doing — something. If I agree to sell you my car for $5,000, and you agree to pay that price, it can reasonably be said — without having to resort to vague and abstract metaphysical assumptions — that you have acquired a "right" to my car, and I have acquired a "right" to your $5,000. 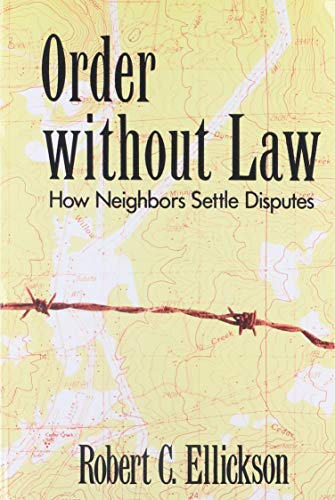 But suppose that either of us breaches our agreement? What if I decide, after entering into the contract, that I do not want to honor our agreement? This is at the heart of what the many e-mailers asked me. If you have a "right" to something — a "right" arising out of contract — how can you enforce your claim consistent with the principles of a free society?

The answer to this question depends on what is meant by the concept "free society." Can a political system — the state — be reconciled with the nature of a society grounded in individual liberty? Both reason and history show the incompatibility of such systems. Assuming that homeowners mutually agree to be bound by the above-described covenant — thus creating a "right" arising out of contract — how is this right to be enforced against a dog owner who violates it? The response of the aforesaid e-mailers presumed the legitimacy of resorting to government courts for a remedy.

What such courts have to offer is the lawful use of violence to compel obedience to its orders. But how can such powers ever be consistent with personal liberty? Even if the defendant has violated a right of the plaintiff, how can a court compel obedience to its rulings without, in the process, intruding upon the property interests of the defendant? If he is to be fined (i.e., his money confiscated) or jailed for contempt (i.e., his body incarcerated), he has been deprived of his liberty, hardly a consequence consistent with libertarian thinking. 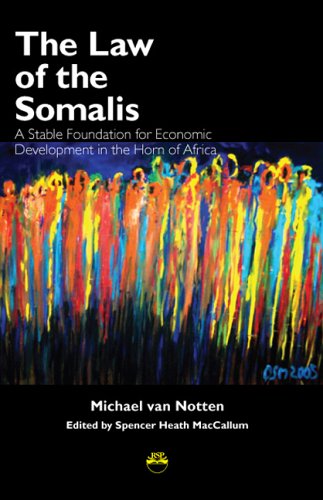 Ah, but the defendant deserves to have his liberty restrained, goes the argument; he "gave up" his rights to his liberty when he violated the rights of the other party. Such is the response of most people who feel justified in controlling the behavior of others — whether through political or private means. This was the underlying problem that Karen addressed. How does one "give up" — and to whom — his or her exclusive power to control one’s life? Is such authority "given," or "taken" by force? This is a question that must be confronted by all serious students of liberty.

If "rights" can be created in others by contract, do you not see how the state can use a "social contract" theory to exercise unrestrained power over people? Do you not see that this is precisely how we got ourselves into our present mess? The United States Constitution is grounded in (albeit the myth) of a "social contract," wherein "We the People . . . ordain and establish this Constitution" to accomplish stated ends. Granted that nothing was expressed about clearing dog "poop" from the streets, far more extensive grants of power were given to the government to do just about anything it chooses to do. (See my recent article.)

To the argument that, unlike the condo owners, none of us present-living persons agreed to be bound to the Constitution, the statists have responded that, by choosing to remain in America, we have "impliedly consented" to the arrangement, and that if we didn’t like the arrangement we should move to another country. Apart from this response begging the very question that men like Lysander Spooner so well answered, its underlying premise was found in the e-mails of three "libertarians" who urged that condo owners had the "freedom to move," and to "vote with their feet." It is this attitude that Karen found troubling in her initial blog.

A few e-mailers asked the question: if employing the government courts is inconsistent with libertarian principles, how should people respond when some else’s dog makes a mess in our yard? This is the question that needs to be asked by liberty-minded people; an answer to be found in the late F.A. Harper’s observation that "the man who knows what freedom means will find a way to be free." Karen offered a number of alternatives. If we didn’t have governments to support — agencies that consume close to 50% of the wealth produced in this country — we could afford to hire kids to go around picking up such messes. There are doubtless other solutions to be found in creative libertarian minds, once they abandon the mindset of wanting to "punish" those who do not respect the property interests of others. Lessons could also be learned from the Amish — who would never dream of taking a recalcitrant member of their community to court — as well as from the residents of Shasta County, California — whose peaceful alternatives to government courts have been well-described in Robert Ellickson’s book, Order Without Law. The emergence of "holistic" or "collaborative" law practice — in America and elsewhere — must also be noted. In such emerging methods, parties agree not to go to courts to resolve their disputes, but to resolve their problems around a conference table, without calling in the state.

Nor could I conclude this article without making reference to Michael Van Notten’s wonderful study of the consensus-seeking practices engaged in by tribal cultures in Somalia. In his book, The Law of the Somalis, the author describes the peaceful and orderly nature by which such people negotiate their differences with one another. After pointing out how their dispute resolution efforts can sometimes last a number of months — just as formal legal proceedings may last in American courts — Van Notten stresses the importance of reaching a consensus. The reason, he says, "is easy to understand: it prevents the Assembly from taking decisions that would infringe on anyone’s freedom and property rights."

"Baldy" Harper got it right: once we know what freedom means, we can discover ways to be free!