State efforts to reclaim their jurisdiction are great. But in some respects, the states are still showing signs of apprehension of, and/or undue deference to, the federal government.

Various states have passed legislation, collectively referred to as “Firearms Freedom Acts.” Though they may vary in the details, a common thread in these acts seems to be that a state considers a firearm to be within its jurisdiction if it is manufactured within the state.

The obvious reason for this common thread is that if a gun entered from another state, the argument that it falls within federal jurisdiction under the Interstate Commerce Clause can be invoked. However, such an argument would be incorrect.

Congress has the power to regulate interstate commerce. Just because a gun crosses state lines does not mean it did so as a part of commerce. Many people move from state to state and take their belongings, including guns, with them. This is not commerce.

Jurisprudence has evolved from asserting federal jurisdiction over “commerce among the several states,” as intended, to anything “affecting commerce among the several states.” There are legitimate reasons for the desire of the federal government to try to extend the reach of its jurisdiction in this manner. There are many scenarios in which purely intrastate activities can thwart the ability of Congress to exert its authority over interstate commerce. The possibilities are so many that even the founders might admit that intrastate activities can effectively frustrate the original intent to confer on Congress the power to regulate interstate commerce.

What the federal government has done is to effectively re-write the Constitution to expand its authority and dispense with its burden to show it is operating within the legitimate confines of its authority. By construing Congress’ power to regulate things which affect interstate commerce, Congress does not have to concern itself with whether the thing it seeks to regulate is actually the subject of interstate commerce.

For example, some scholars have noted that Congress could not effectively regulate things if it had to become entangled in the almost impossible process of proving that the thing it seeks to regulate was the subject of interstate commerce. In short, a person seeking to avoid federal regulation could easily frustrate regulators by demanding, “Prove these carrots, shoes, flowers, etc. came from within another state.” In addition, what if XYZ Corp. produces widgets in Alabama and is moving them to its warehouse in Mississippi, where it will offer them for sale there? Is movement, without a transfer of title, commerce? Whether it is, should be, or should not be, here, we can easily see the problem is complex.

Undeniably, these issues would put a heavy burden on the federal government if it had to comply with the law as written, since, as the proponent asserting its jurisdiction, the burden is always on it to prove by preponderance every fact essential to its claim that it has jurisdiction. Without being able to trace things and to know the specifics of the transactions, if any, in which they are engaged, the federal government would lose its case. 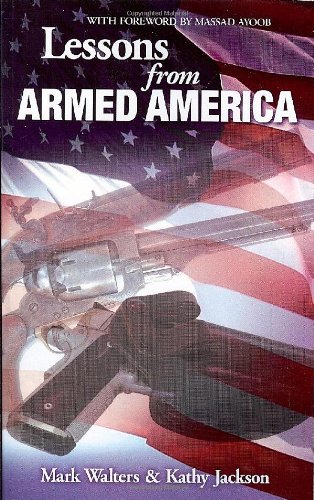 But isn’t that what due process is all about? If a person has a claim against another person, or if the government has a claim against another person, common notions of due process have always held that the former has the burden of proof. The mere fact that the burden of proof is difficult, if not impossible, to meet in certain cases should not offer an excuse to ignore the burden and re-write the rules without following proper procedures.

In summary, to the extent the federal government might have difficulty in a great many cases to demonstrate its jurisdiction over things alleged to be the subject of interstate commerce, this does not mean the federal government, in the absence of Constitutional amendment, can simply restate its jurisdiction to make it extend to all things which affect interstate commerce. Had this been the scope of power granted to it, the Constitution could have been written that way. But it was not.

In reclaiming their proper jurisdiction, state legislators need to take heed that their role is to jealously guard their jurisdiction and to protect it from federal overreach. By so doing, the goal of protecting their citizens from federal excesses is served.

Accordingly, state legislators need to make sure they do not assume significant portions of their jurisdiction away. In the instance of Firearms Freedom Acts, there is no reason to assume that if a gun originates from another state, it is automatically the subject of federal jurisdiction under the Interstate Commerce Clause. The point of origin of a thing does not mean it is part of commerce.

Therefore, there is no logical reason why states enacting Firearms Freedom Acts should claim jurisdiction over only those guns which are manufactured in their states. States should be exercising jurisdiction over guns if (1) they are in the state, and (2) they are not currently engaged in a transaction that constitutes commerce between a person of the state and a person of another state.