Easter Sunday: A Syrian Bid to Resurrect Aramaic, the Language of Jesus Christ

While millions will commemorate the crucifixion and resurrection of Jesus Christ this Easter Sunday, only a handful of people could discuss his works in the language of his day: Aramaic.

Nearly all of them live in three Syrian villages, the last outposts in a region largely swept by the Arabic of Islam. In a bid to preserve its ancient heritage, Syria launched a series of language courses in 2007 to bolster the fading influence of a 3,000-year-old language that once reigned supreme in the Middle East.

And so it was that an Aramaic institute joined the cluster of buildings that cling to a rocky spine in the village of Malula, about 35 miles northwest of Damascus. But the program ran into trouble recently, when a Syrian newspaper suggested that the alphabet being used to teach written Aramaic bore an uncanny resemblance to the Hebrew characters found in modern-day Israel.

Worried that a flagship heritage scheme might in any way be associated with the country’s neighboring enemy, the government-run University of Damascus, which established the institute, acted quickly to freeze the Aramaic program.

“There were some people in the press trying to cause trouble,” says George Rezkallah, an elderly villager from Malula who runs the institute. He is hopeful that classes will be able to resume this summer.

The origins of Aramaic 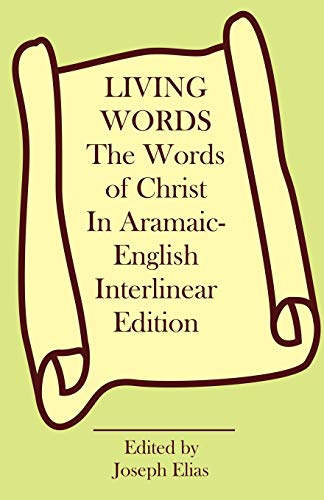 Speaking from his flat overlooking the village’s higgledy-piggledy hillside houses, Mr. Rezkallah says that while the two alphabets do have similarities, it is Aramaic which first began using square lettering around the 12th century BC. The Hebrew now used in Israel, he said, was formulated 700 years later after the restoration of the ancient kingdom of the Jews in the 5th century BC.

“The Persians adopted Aramaic. The Babylonians adopted it and so did the Jews. It then prevailed as the language of the Middle East until 700 AD.”

David Taylor, author of The Hidden Pearl: Aramaic Heritage of the Syrian Orthodox Church, adds that the Jewish people adopted the square Aramaic alphabet – which had become the lingua franca of the entire Middle East from about 700 BC – after they were exiled to Babylon in 587 BC, before which they had used a Palaeo-Hebrew script.

The fact that it has survived in Malula today is nothing short of a “miracle,” says Gene Gragg, professor of Near Eastern Languages at the University of Chicago.

“It would be something of a linguistic tragedy if this splendid survivor were allowed to disappear,” he added.

It would also be a travesty for Syria, says Dr. Taylor.

Spies Like UsAre Libertarians Part of the Left or the Right?