Dr. Leviathan Will See You Now

“I observe a benevolent feeling here…. There is also tenderness…. But, beware, tender hearts! Don’t you know where tenderness leads? To the gas chambers….

My brothers, let me tell you where tenderness leads — To the gas chambers….”

Rejoice and be glad, Americans!

Owing entirely to the visionary compassion of the Dear Leader and his party, the same regime that has slaughtered hundreds of thousands of Iraqis and Afghans, that poured trillions of dollars into the coffers of Wall Street kleptocrats, that brought its unique healing touch to victims of the post-Katrina disaster in New Orleans, and that routinely commits similar acts of divine charity, will now relieve you of the burden of making your own health care decisions.

This point was made — albeit unintentionally — in a widely syndicated “news analysis” intended to celebrate this development.

“Rarely does the government, that big, clumsy, poorly regarded oaf, pull off anything short of war that touches all lives with one act, one stroke of a president’s pen,” observed AP commentator Calvin Woodward. “Such a moment has come.” (Emphasis added.) 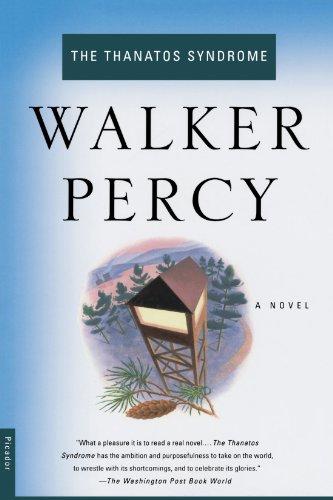 War requires the domestic regimentation of all private life and the confiscation of private property to accomplish the mass destruction of foreign property and the mass annihilation of foreign lives. Mass murder is the only undertaking in which government consistently out-performs its private sector competition. Yet we are supposed to believe that this engine of destruction can also serve as an instrument of compassionate healing.

Despite the best efforts of its servants to swaddle it within layer after layer of tender-hearted rhetoric, the State remains as Nietzsche described it: “the coldest of all cold monsters…. Everything it says, it lies; and whatever it has it has stolen.” It “bites with stolen teeth, and it bites often….”

Bearing that last maxim in mind, we can discern the true intentions behind “Obamacare” in the fact that it includes the largest expansion of the IRS — both in terms of power and personnel — since the reign of FDR, America’s first fascist President-For-Life.

“Reform” will mean fewer doctors and more tax collectors. Those are the priorities of an entity built to consume life, not to preserve it.

“Coldly it lies,” Nietzsche wrote of the State “and this lie slips from its mouth: ‘I, the State, am the people.'”

“We proved that this government — a government of the people by the people — still works for the people,” lied the Dear Leader himself — seemingly determined to validate Nietzsche’s analysis down to the details — following the party-line vote in the House.

“Community organizers” of Mr. Obama’s ilk see the “people” as an undifferentiated mass to be mobilized in pursuit of collectivist objectives. They likewise assume that only those thus enlisted in the cause of collectivism qualify as “the people.” That perspective is pregnant with terrible portents regarding the treatment of tens of millions of Americans — including the author of these words — who will not participate in the Regime’s system of regimented, rationed health care.

The good news here is that the governments of 38 states — beginning with my home state of Idaho — are preparing acts of legal interposition against the Regime’s individual health insurance mandates.

Perhaps it could also be regarded as ambivalently good news that the Regime’s expanded effort to cartelize health care will inevitably create a black market in which fee-for-service treatment will flourish. This assumes, of course, that anybody retains sufficient wealth to pay for medical care as the omnivorous Regime devours everything within its sphere of influence.

Both Obama and his allies admit that the measure that passed yesterday — call it “Enhanced Cartelization” of the health industry — is merely another step toward undisguised government control of health care. Before Sunday’s vote, our nation was more than halfway there. As Calvin Woodward admits: “Federal and state programs now cover half the cost of health care purchased in the country and were expected to go over 50 percent in the next year or two even absent Obama’s plan.”

What this means, of course, is that the federal government — the world’s largest medical “insurance” provider — created the very market distortions now being invoked to justify further federal control over health care. The same can be said of the “two-tier system” execrated by those who seek to create a uniform, government-run medical service.

In the 1930s, writes Woodward, “the American Medical Association denounced proposals for organized medical services as an ‘incitement to revolution’ at the hands of ‘Medical Soviets.’ And that wasn’t even about government-run health care. The AMA’s fierce opposition to collectivism included objections to private insurance, the norm today, and the pooling of doctors into what became health maintenance organizations decades later.”

Like other statist stenographers, Woodward either doesn’t recognize or will not admit that the AMA’s critique of “Medical Soviets” has been entirely vindicated.

“Although proponents of socialized medicine delight in scoring rhetorical points against free market medicine by reciting horror stories about HMOs, the managed care/managed competition philosophy should not be considered free market medicine, but rather a form of collusion between private entities and government.”

It is true, as proponents of Obama’s “reform” proposals contend, that we already have a de facto system of health care rationing. But as Dr. Faria notes, this is “largely a product of federal intervention”; furthermore, “while under a ‘single-payer’ system coverage would be universal, access to care would be rationed by the central government or its agents.” In his victory speech, Obama pointedly observed that the new “reform” framework reflects the efforts of collectivists from both sides of the narrow partisan divide.

While the State-centric media tirelessly linked Obama’s name with those of FDR and LBJ, his most important antecedent was actually the much-reviled Richard M. Nixon, during whose reign the Feds created the corporatist health care cartel whose power will be dramatically enhanced under the current “reform” measure.

In a prescient analysis published more than a decade ago, Dr. Faria recounted the relevant history:

“The emergence of HMOs began in the years 1971—74, during which time President Richard Nixon openly embraced Keynesian economics and enacted such measures as wage and price controls. The imposition of the managed care/managed competition ideology on our health care system is part of the same package of government interventions. The mechanics of managed competition were carefully worked out with the diligent cooperation of President Nixon and Senator Ted Kennedy…. Working in collaboration with private sector interests, the Nixon/Kennedy axis created the template for a fascist health system in which government-approved entities — HMOs and similar health care provider networks — would deliver medical care under government supervision.”

In that system, physicians “employed by HMOs are required to practice a form of rationing, called ‘cost-effective analysis’ or ‘data credentialing,'” continued Dr. Faria. “HMO administrators, in turn, employ utilization review data to assess doctor performance in terms of financial impact rather than sound medical judgment or patient needs. Physicians who are deemed cost-ineffective, including those who incur expenses by treating the sickest patients and dealing with the most difficult cases, confront … the possible loss of their membership status in hospitals and health care networks.”

During my own recent hospitalization, several physicians with whom I spoke confirmed elements of Dr. Faria’s analysis and expressed severe frustrations over the burdens and limitations of the corporatist health care system. One of them confided to me that his favorite time to work is Christmas Day, since he is freed from the oversight of bureaucratic administrators “and so I’m actually free to practice medicine.”

What Dr. Faria describes is a post-Hippocratic medical system in which the physician is required to act on behalf of the collective, rather than the interests of the individual patient. This same perverse ethic was enshrined in the post-Bismarck German social welfare state, with consequences as familiar as they are horrifying.

When medical care is collectivized, the system operates in the supposed interests of “the people,” rather than for the benefit of any individual person — with special exceptions made for those who belong to the presiding oligarchy, of course. Ah, the “good old days” of wartime central planning: Americans line up, ration books in hand, to purchase government-limited consumer goods. Imagine similar lines at government-operated medical centers, and you’ve got a good idea of what Obama’s “reform” will look like.

It must not be forgotten that the State creates nothing. This means that, in economic terms, rationing — the allocation of resources on a political basis — is all that it does.

During the two world wars, America was shackled in a system of economic central planning that included rationing of practically every worthwhile consumer good. This is what government will do whenever it is given a pretext in the form of a suitable crisis. Apply that model to the delivery of health care and you’ll get a good idea — to paraphrase the Blessed One Himself — of what “change will look like.”

Writing last week on the eve of the House vote, Dr. Faria pointed out that within the medical treatment and research community, “the word is out that ‘more care is not necessarily better’….

[This is because] health care gurus see the imminent U.S. government takeover of American medicine, and this … will mean not only increased taxation on the horizon, but also massive rationing and the drastic curtailment of medical services….”

Government disruption of the market leads to scarcity, which leads to demands for even greater interventions — thereby creating a self-sustaining cycle that ends only when the “official” economy is destroyed and the productive are driven underground, where they are pursued as “economic criminals.”

Nietzsche described those who preside over the State and enforce its decrees as “destroyers” who “lay snares for the many … they hang a sword and a hundred cravings over them.” Subservience to the state is “slow suicide,” he warned, since it is an all-devouring idol from which arises the incessant stench of countless human sacrifices.

Dispensing death is what government does. We should expect business to pick up really soon.