We Are What We Watch

In this seventh year of the Iraq war, two movies about Iraq competed for top honors at the 2010 Oscars. One, compelling and popular beyond belief, was a morality tale condemning the warmongering greed of the corporate state, and allowing, as movies can, the good guys to win, in victory demonstrating kindness to the misguided thieves and killers. The other, equally compelling but less popular, was also a morality tale. One can become a war addict, fulfilled and functional at the edge of man-made oblivion, but dysfunctional, confused, and empty when faced with peaceful normality. Both movies were uniquely U.S.-centric — Avatar’s militaristic state corporatism drew an angry response from some Marine Corps defenders, and The Hurt Locker simultaneously dehumanized and minimized occupied Iraqis even as it failed to address why Americans are in Iraq getting blown up in the first place.

Iraq was Bush’s war, the neocon’s war; seamlessly, it became Obama’s war. One president and his staff of hand-picked neoconservatives decided to invade and occupy Iraq, without a declaration of war by Congress, and without congressional debate. One president and his handpicked staff, along with the help of compliant media mouthpieces and the British and Israeli governments, worked hard to sell the war and occupation to an American public that did not understand the past and could not see into the future.

That president stepped down after eight years, his only apparent nod to Constitutional propriety. Obama then proceeded to make the Iraq war his own. He has had well over a year to pull the troops out — all of them — and close the major and minor bases we built there. Instead, he has blushingly embraced his military advisors and shyly watched for signs of approval from the neoconservative wise men. Hillary Clinton could never have matched Obama as a neoconservative president; her shrill promotion of the Bush Wars before and after the Bush era have made her quite the bore. Better to have a little mystery and uncertain innocence to spice up the planned and partially executed neoconservative rape of the Middle East.

But on this seventh anniversary of the Iraq invasion, there are some important things we can say about the rest of our country. It’s self-centered and narcissistic to be concerned only about us, rather than millions of dead, maimed, scarred and homeless Iraqis. But Americans don’t really care what decades of bombing and embargoes, and hundreds of thousands of U.S. troops exercising martial law have done to Iraqi society. We are concerned about the odd bacteria on a leaf of lettuce transported in record time across the country in refrigerated trucks, but not so much about the tons of depleted uranium dust we’ve blown into Iraq’s air, ground and water. We worry that there are deficiencies or dangerous additives in the pet food we purchase, but after seven years, we don’t mind that we still haven’t fixed the urban sewage systems in Iraq we had crushed and crumpled like so much garbage.

We worry that we have this corrupt or that sleazy legislator, and chatter incessantly about what to do about it — but ignore the atmosphere of political corruption we created, maintain, nurture and manipulate in a nation-state halfway around the world. But that’s OK — it is normal to be concerned about things that matter to you, that are close to home, things you can really do something about.

Iraqis don’t have time to think much about us either. They are busy enough trying to make do, to survive, to build their own future, handicapped as it is by the actions and intentions of the American state. 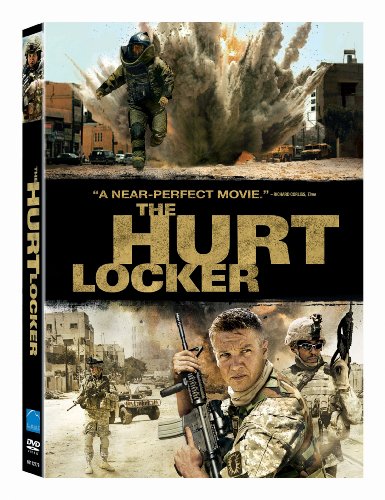 Will this seventh anniversary of the Iraq war be the last? Will next year be a time for celebration among traditional conservatives, constitutionalists and the antiwar amalgam? The answer to this legitimate question is a resounding "No." The war and the occupation will continue as long as we operate our illegally obtained military bases in Iraq, fly the only air force in Iraq, operate the only naval fleet in Iraq, and manipulate the purposely politicized and corrupt army of Iraq. Barring a collapse of the American government and financial system, we will continue as planned in Iraq for at least 15 more years. But remember, it’s not about Iraq.

It’s about us. To our credit, a majority of Americans are finally waking up to the severe dangers of the state and its mad pursuit of its own interests. Some Americans were awakened by the degradation of both law and justice in the planning and executing the Iraq invasion and occupation. Some were awakened by the inhumanity of it all. Some were awakened by the abject inconsistency between America in Iraq and American national interests. Some Americans have come to see the Iraq invasion and occupation as the last straw on our foreign policy hump, a blatant demonstration of the influence on the U.S. Congress by imperialistic warfighters ensconced in Washington and in other countries.

Some Americans have awakened to the danger of the state and now oppose the Iraq war and occupation because they have recently seen the true face of the state through its domestic policy — generously bailing out rich politically-connected companies who gambled badly on overblown mortgages, but not those millions of politically unconnected people living in houses they were subsidized to buy, could not afford, and now cannot sell. They have begun to see the Iraq occupation, along with America’s other overseas activities and aid, as a simple misallocation of resources. They want that money brought home, and spent at home.

Over 60% of Americans oppose the Iraq war and reject the occupation, a statistic that has been consistent for the last five years. This majority is alternately ignored or ridiculed by Washington. The much smaller cadre of diehard Iraq occupation supporters are either personally invested in the occupation through government or private employers, or so blind to the historical and economic facts that they have become irrelevant, and cannot be counted as informed citizens.

Thus the war-opposition majority is made irrelevant by the state, and the war-supporting minority has made itself irrelevant through its embrace of foreign policy fantasy. Certainly, no citizen in either category wishes to continue to pay for the war, which costs each American family over $100 a month, year in and year out. Even though we are forced to pay for it, seven years after the invasion and occupation of Iraq, it is not and never was, our war.

The real lesson, seven years running, is that Washington does not listen to anyone outside the beltway. Instead, that coastal city parasitically sucks the country’s lifeblood, without a semblance of reciprocity, or even a haughty occasional glance towards its great western frontier. This is the fundamental driver for widespread nullification and secession chatter, and thanks to the endless, wasteful, and unjustified Iraq war, Americans are indeed waking up to the true nature of our voracious warmongering state. Whether Iraq is an Avatar-style morality tale or a Hurt Locker-style set-piece, the continued occupation serves to increasingly disconnect Americans from their own government. Both Oscar-recognized movies are worth watching, one because it temporarily transports us from greed and arrogance into a more just future, the other for bringing home the true psychological emptiness of our war addiction.

Beyond that, the sheer intensity of these two widely viewed movies suggests that the seventh anniversary of this illegal war and occupation may become an American itch that will lead to a real divorce from Washington, and a substantial evaporation of the Pentagon’s empire. One can only hope. And watch.