President Obama’s response to the tragedy in Haiti has been robust in military deployment and puny in what the Haitians need most: food; first responders and their specialized equipment; doctors and medical facilities and equipment; and engineers, heavy equipment, and heavy movers. Sadly, President Obama is dispatching Presidents Bush and Clinton, and thousands of Marines and U.S. soldiers. By contrast, Cuba has over 400 doctors on the ground and is sending in more; Cubans, Argentinians, Icelanders, Nicaraguans, Venezuelans, and many others are already on the ground working – saving lives and treating the injured. Senegal has offered land to Haitians willing to relocate to Africa.

The United States, on the day after the tragedy struck, confirmed that an entire Marine Expeditionary Force was being considered "to help restore order," when the "disorder" had been caused by an earthquake striking Haiti; not since 1751, 1770, 1842, 1860, and 1887 had Haiti experienced an earthquake. But, I remember the bogus reports of chaos and violence that led to the deployment of military assets, including Blackwater, in New Orleans in the aftermath of Hurricane Katrina. One Katrina survivor noted that the people needed food and shelter and the US government sent men with guns. Much to my disquiet, it seems, here we go again. From the very beginning, US assistance to Haiti has looked to me more like an invasion than a humanitarian relief operation.

On Day Two of the tragedy, a C-130 plane with a military assessment team landed in Haiti, with the rest of the team expected to land soon thereafter. The stated purpose of this team was to determine what military resources were needed.

An Air Force special operations team was also expected to land to provide air traffic control. Now, the reports are that the US is not allowing assistance in; shades of Hurricane Katrina, all over again.

On President Obama’s orders military aircraft "flew over the island, mapping the destruction." So, the first US contribution to the humanitarian relief needed in Haiti were reconnaissance drones whose staffing are more accustomed to looking for hidden weapon sites and surface-to-air missile batteries than wrecked infrastructure. The scope of the US response soon became clear: aircraft carrier, Marine transport ship, four C-140 airlifts, and evacuations to Guantanamo. By the end of Day Two, according to the Washington Post report, the United States had evacuated to Guantanamo Bay about eight [8] severely injured patients, in addition to US Embassy staffers, who had been "designated as priorities by the US Ambassador and his staff."

On Day Three we learned that other US ships, including destroyers, were moving toward Haiti. Interestingly, the Washington Post reported that the standing task force that coordinates the US response to mass migration events from Cuba or Haiti was monitoring events, but had not yet ramped up its operations. That tidbit was interesting in and of itself, that those two countries are attended to by a standing task force, but the treatment of their nationals is vastly different, with Cubans being awarded immediate acceptance from the US government, and by contrast, internment for Haitian nationals.

US Coast Guard Rear Admiral James Watson IV reassured Americans, "Our focus right now is to prevent that, and we are going to work with the Defense Department, the State Department, FEMA and all the agencies of the federal government to minimize the risk of Haitians who want to flee their country," Watson said. "We want to provide them those relief supplies so they can live in Haiti."

By the end of Day Four, the US reportedly had evacuated over 800 US nationals.

For those of us who have been following events in Haiti before the tragic earthquake, it is worth noting that several items have caused deep concern:

2. the unexplained continued occupation of the country by United Nations troops who have killed innocent Haitians and are hardly there for "security" (I’ve personally seen them on the roads that only lead to Haiti’s sparsely-populated areas teeming with beautiful beaches);

3. US construction of its fifth-largest embassy in the world in Port-au-Prince, Haiti;

4. mining and port licenses and contracts, including the privatization of Haiti’s deep-water ports, because certain offshore oil and transshipment arrangements would not be possible inside the US for environmental and other considerations; and

5. Extensive foreign NGO presence in Haiti that could be rendered unnecessary if, instead, appropriate US and other government policy allowed the Haitian people some modicum of political and economic self-determination.

Therefore, we note here the writings of Ms. Marguerite Laurent, whom I met in her capacity as attorney for ousted President of Haiti Jean-Bertrand Aristide. Ms. Laurent reminds us of Haiti’s offshore oil and other mineral riches and recent revival of an old idea to use Haiti and an oil refinery to be built there as a transshipment terminal for US supertankers. Ms. Laurent, also known as Ezili Danto of the Haitian Lawyers Leadership Network (HLLN), writes:

"There is evidence that the United States found oil in Haiti decades ago and due to the geopolitical circumstances and big business interests of that era made the decision to keep Haitian oil in reserve for when Middle Eastern oil had dried up. This is detailed by Dr. Georges Michel in an article dated March 27, 2004 outlining the history of oil explorations and oil reserves in Haiti and in the research of Dr. Ginette and Daniel Mathurin.

"There is also good evidence that these very same big US oil companies and their inter-related monopolies of engineering and defense contractors made plans, decades ago, to use Haiti’s deep water ports either for oil refineries or to develop oil tank farm sites or depots where crude oil could be stored and later transferred to small tankers to serve U.S. and Caribbean ports. This is detailed in a paper about the Dunn Plantation at Fort Liberte in Haiti.

"Ezili’s HLLN underlines these two papers on Haiti’s oil resources and the works of Dr. Ginette and Daniel Mathurin in order to provide a view one will not find in the mainstream media nor anywhere else as to the economic and strategic reasons the US has constructed its fifth largest embassy in the world – fifth only besides the US embassy in China, Iraq, Iran and Germany – in tiny Haiti, post the 2004 Haiti Bush regime change."

Unfortunately, before the tragedy struck, and despite pleading to the Administration by Haiti activists inside the United States, President Obama failed to stop the deportation of Haitians inside the United States and failed to grant TPS, temporary protected status, to Haitians inside the U.S. in peril of being deported due to visa expirations. That was corrected on Day Three of Haiti’s earthquake tragedy with the January 15, 2010 announcement that Haiti would join Honduras, Nicaragua, Somalia, El Salvador, and Sudan as a country granted TPS by the Secretary of Homeland Security.

President Obama’s appointment of President Bush to the Haiti relief effort is a swift left jab to the face, in my opinion. After President Bush’s performance in the aftermath of Hurricane Katrina and the fact that still today, Hurricane Katrina survivors who want to return still have not been provided a way back home, the appointment might augur well for fundraising activities, but I doubt that it bodes well for the Haitian people. After all, the coup against and the kidnapping of President Aristide occurred under the watch of a Bush Presidency.

Finally, those with an appreciation of French literature know that among France’s most beloved authors are Alexandre Dumas, son of a Haitian slave, and Victor Hugo who wrote: "Haiti est une lumiere." [Haiti is a light.] Indeed, Haiti for millions is a light: light into the methodology and evil of slavery; light into a successful slave rebellion, light into nationhood and notions of liberty, the rights of man, and of human dignity. Haiti is a light. And an example that makes the enemies of black liberation tremble. It is precisely because of Haiti’s light into the evil genius of some individuals who wield power over others and man’s ability, through unity and purpose, to overcome that evil, that some segments of the world have been at war with Haiti ever since 1804, the year of Haiti’s creation as a Republic.

I’m not surprised at "Reverend" Pat Robertson’s racist vitriol. Robertson’s comments mirror, exactly, statements made by Napoleon’s Cabinet when the Haitians defeated them. But in 2010, Robertson’s statements reveal much more: Haitians are not the only ones who know their importance to the struggle against hatred, imperialism, and European domination.

This pesky, persistent, stubbornly non-Western, proudly African people of this piece of land that we call Haiti know their history and they know that they militarily defeated the ruling world empire of the day, Napoleon’s France, and the global elite at that time who supported him. They know that they defeated the armies of England and Spain.

Haitians know that they used their status as a free state to help liberate Latin Americans from Spain, by funding and fighting alongside Simon Bolivar; their example inspired their still-enslaved African brothers and sisters on the American mainland; and before Haitians were even free, they fought against the British inside the U.S. during its war of independence and won a decisive battle in Savannah, Georgia, where I have visited the statue commemorating that victory.

Haitians know that France imposed reparations on them for being free, and Haiti paid them in full, but that President Aristide called for France to give that money back ($21 billion in 2003 dollars).

Haitians know that their "brother," then-Secretary of State Colin Powell lied to the world upon the kidnapping and second ouster of their President. (Sadly, it wouldn’t be the last time that Secretary of State Colin Powell would lie to the world.) Haitians know, all-too-well, that high-ranking blacks in the United States are capable of helping them and of betraying them. 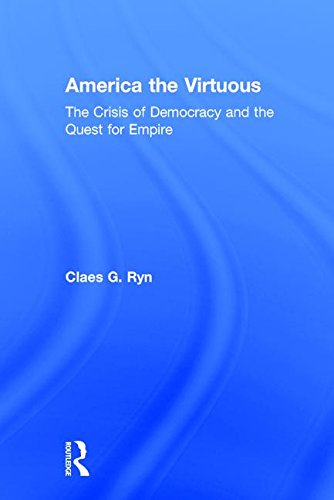 Haitians know, too, that the United States has installed its political proxies and even its own soldiers onto Haitian soil when the U.S. felt it was necessary. All in an effort to control the indomitable Haitian spirit that directs much-needed light to the rest of the oppressed world.

While the tears of the people of Haiti swell in my own eyes, and I remember their tremendous capacity for love, my broken heart and wet eyes don’t dampen my ability to understand the grave danger that now faces my friends in Haiti.

I shudder to think that the "rollback" policies believed in by some foreign policy advisors to President Obama could use a prolonged U.S. military presence in Haiti as a springboard for rollback of areas in Latin America that have liberated themselves from U.S. neo-colonial domination. I would hate to think that this would even be attempted under the Presidency of Barack Obama. All of us must have our eyes wide open on Haiti and other parts of the world now dripping in blood as a result of the relentless onward march of the U.S. military machine.

So, on this remembrance of the birth of Dr. Martin Luther King, Jr., I note that it was the U.S. government’s own illegal Operation Lantern Spike that snuffed out the promise and light of Dr. Martin Luther King, Jr. Every plane of humanitarian assistance that is turned away by the U.S. military (so far from CARICOM, the Caribbean Community, Médecins Sans Frontieres, Brazil, France, Italy, and even the U.S. Red Cross) – as was done in the wake of Hurricane Katrina – and the expected arrival on this very day of up to 10,000 U.S. troops, are lasting reminders of the existential threat that now looms over the valiant, proud people and the Republic of Haiti.

This originally appeared on Global Research.

Cynthia McKinney is a former member of Congress from Georgia.

The Best of Cynthia McKinney