Watching Al Sharpton and Jesse Jackson get away with libeling Rush Limbaugh with several outrageously spectacular lies recently (they falsely claimed Limbaugh "defended slavery" and praised Martin Luther King, Jr.’s murderer) reminded me once again how the American Left throws all morals out the door when it comes to any challenges to their secular "religion" of welfare statism and socialism. (The neocon Right, which includes Limbaugh, tells even bigger lies, such as the ones that "justified" the Iraq war.) It also reminded me of how campus leftists at Loyola University Maryland libeled Dr. Walter Block last year with equally outrageous slanders.

LRC readers may recall that after Dr. Block presented a very mainstream economics lecture on "The Economics of the Gender Gap" the university president, Rev. Brian Linnane, S.J., who did not attend the lecture, issued an email to all faculty, staff, students and alumni that did not mention anything that was said in the lecture, but libeled Dr. Block as a racist and sexist. Dr. Block’s apparent "offense" was to use economic theory to challenge one of the superstitions of academic feminism — the dubious notion that all of the difference in male/female wages is caused by sex discrimination, something that no self-respecting economist would ever claim. The obvious goal of such obnoxious tactics is to censor all views of such subjects that do not conform to left-wing political correctness. (Linnane’s academic field of specialization is “feminist theology.”)

I suspected from the beginning that the libeling of Dr. Block was a set-up by the self-appointed Campus Thought Police, who never stop reminding everyone that they are in favor of "social justice." (The implication is that anyone who opposes their socialistic political agenda must be in favor of injustice.) It was this "social justice crowd" on the Loyola campus who immediately claimed after Dr. Block’s lecture that a student complained to them about the "insensitivity" of Dr. Block’s rendition of the economics of discrimination. Within twenty-four hours I learned that the university president was preparing his libelous letter despite the fact that he had neither attended the lecture nor contacted Dr. Block to ask him if the scurrilous slanders about him were true. I have always suspected that the student was sent to the seminar with specific instructions to cause trouble, which he did. 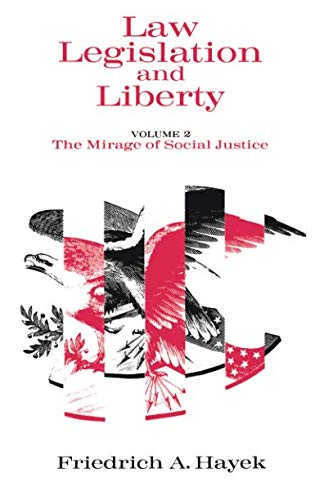 For the benefit of those outside of academe, "social justice" is a euphemism for socialism, as Nobel laureate F. A. Hayek explains in Law, Legislation and Liberty, Vol. 2, "The Mirage of Social Justice," pp. 62—100. (So-called "social justice," wrote Hayek, is an expression that "described from the beginning the aspirations that were at the heart of socialism." "Millions . . . in Russia are the victims of a terror that attempts to conceal itself behind the slogan of social justice," he wrote in 1976. "So long as the belief in u2018social justice’ governs political action," Hayek explained, "this process must progressively approach nearer and nearer to a totalitarian system." And, "the term is intellectually disreputable, the mark of demagoguery or cheap journalism . . . its use is dishonest.")

That the "social justice crowd" on the Loyola campus was behind the lynching of Walter Block was confirmed to me recently by one of my top students, who made it his business to investigate the whole matter in a way that I could not have. It was also confirmed, as far as I’m concerned, by an extraordinarily hateful and malevolent letter to the school newspaper ("The Greyhound") shortly after the lynching took place by one Rev. John Donahue, S.J., a "research professor" at Loyola and one of the "social justice" proselytizers on campus. The letter was written in a very self-congratulatory tone and boasted of what a good job he and his lynch mob partners did in libeling Dr. Block with their false and baseless accusations of racism and sexism. But that expression of hate, based on libel and slander, apparently wasn’t enough to satisfy Donahue.

Like Linnane, Donahue did not attend the lecture, but he nevertheless wrote to the school newspaper that Dr. Block should also be denigrated for having criticized during his speech the predominance of "liberation theology" among Jesuit scholars. Dr. Block did criticize "liberation theology" in his lecture, something that Pope John Paul II did, as has his successor, Pope Benedict XVI. Dr. Block’s criticism was not nearly as harsh, however. Donahue then viciously and malevolently implied that Dr. Block should be considered to be in the same moral category as the El Salvadoran government thugs who murdered six Jesuit priests in 1989. The priests in El Salvador were apparently working to bring "liberation theology," which considers the communist takeover of the Nicaraguan government in 1979 to be its high-water mark in Central America, to that country. Apparently, Donahue believes that all critics of liberation theology are in the same moral category as those government murderers. The last two Popes would have to be included on his list.

This is what seems to have caused the Loyola University Maryland Campus Thought Police, led by the likes of Rev. Donahue and supported by the university administration, to adopt the "moral" code, such as it is, of Al Sharpton and commit a truly outrageous act of libel against Dr. Walter Block.

There are many Jesuits whose memory deserves to be celebrated, not the least of which is Ignatius Loyola himself. The most visible celebration that the Loyola "social justice crowd" (as one of my students calls them) organizes on the campus is in the form of a commemoration each November of the poor Jesuits in El Salvador who were brutally murdered in their sleep some twenty years ago. A part of the campus is filled with grave marker crosses and turned into a mini-cemetery for several weeks each year. There’s nothing wrong with memorializing and praying for these poor souls, but it is obvious to me that the real purpose of the campus memorial is to continue promoting the cause that these Jesuits were working for — the replacement of one thuggish and tyrannical government in El Salvador with another one that, if history teaches us anything, would have been even worse. Saying that a communist government in El Salvador would be good for the poor people of that country is like saying that gasoline is good for putting out fires.

Liberation theology has several different strands, but the one these El Salvadoran Jesuits were working on behalf of, according to a Web search, was one that is informed by Marxist ideology. According to this "theology," sin is the source of poverty, and in this context the worst sin of all is capitalism. This is why "liberation theology" has been condemned by the last two Popes — it is essentially Marxism masquerading as Catholicism.

Before he became Pope, Cardinal Joseph Ratzinger wrote an essay in 1984 entitled "Preliminary Notes of Liberation Theology." In the essay Cardinal Ratzinger said that "the phenomenon of liberation theology reveals that it constitutes a fundamental threat to the faith of the Church." Like all Marxists, liberation theologians are rarely willing to debate economic issues, said Cardinal Ratzinger. All criticisms of Marxism are said to be merely "an expression of the ruling class’s determination to hold on to its power," he wrote, quoting "a well-known liberation theologian" as asserting: "The class struggle is a fact; neutrality on this point is simply impossible." This is exactly the attitude of the Loyola University Maryland Campus Thought Police, as proven by their actions in the libeling of Dr. Block. It is also the attitude of almost all other academic Marxists who I have run across in my thirty-year academic career. Their apparent objective is to do whatever they can to censor all future debate on campuses about the efficacy and morality of socialism, a debate that was ended in the real world several decades ago with the worldwide collapse of socialism. Calling socialism "social justice," "economic democracy," or "liberation theology" can never disguise this historical truth.

Cardinal Ratzinger went on to say that Marxian doctrine, as such, "takes the ground from under the feet of the Church’s teaching office" because "if she were to intervene and proceed against such an interpretation of Christianity, she would only prove that she is on the side of the rich and the rulers and against the poor and suffering, i.e., against Jesus himself . . ." Liberation theology, he concluded, is a "Marxist myth."

Pope John Paul II "emphatically rejected liberation theology" as well, as described by a February 12, 1979 article in Time magazine entitled "John Paul vs. Liberation Theology." "The tactics of Marxist revolution, based as they are on class conflict, violate the most profound Christian teaching," the Pope is quoted as saying. Pope John Paul II lived much of his life under the communist regime in Poland and understood that, regardless of whatever euphemism is used for it, it is inevitably a recipe for social and economic disaster, especially for the poor.