The Army Experience Center, an amusement hall built in a Philadelphia area shopping mall to make killing and dying look like fun to kids, has been the focus of repeated protests and criticism. This past weekend hundreds again protested at the AEC, and police arrested six protesters and one journalist. The journalist was not with the protesters, and was picked out of a crowd, apparently because of her professional camera.

Days prior to this long-planned and publicly announced protest, the Army announced that it would probably be closing the AEC and not opening others in other shopping malls, as had been planned. The reason? Are you ready to hear this? Wait for it …

The Army doesn’t need any more recruits, because the bad economy has driven up recruitment significantly.

Now, the grain of truth in there is that the economy has driven up recruitment. The whopper of a lie is that the Army could ever be satisfied with its recruitment numbers and not want more. And the glaring omission is the protests. Protesters should not fall for this. The Army will not announce our victories for us. We have to claim them. We drove Alberto Gonzales out of town, we made the Iraq War illegal by turning the United Nations against it, we have held back military recruitment, we have prevented an attack on Iran by exposing the lies about Iraq, we scared Bush away from pardoning his subordinates’ crimes, we have turned the American people against wars of empire, and we have made the Army Experience Center a bad experience for the Army.

Seven were arrested, six of whom were risking arrest: Debra Sweet, Elaine Brower, Sarah Wellington, Joan Plune, Beverly Rice, and a young man whose permission I haven’t obtained to use his name. The seventh, Cheryl Biren, was covering the event as a journalist for OpEdNews. The police came away from those risking arrest, and picked Biren out of a crowd of onlookers to arrest her, possibly because she had a professional camera. She did not have a shirt or sign or anything associated with the activists. She made clear that she was a journalist. Then she and the other five women spent the night in the Roundhouse, the central jail in Philadelphia.

Here are the photos the police did not want you to see. 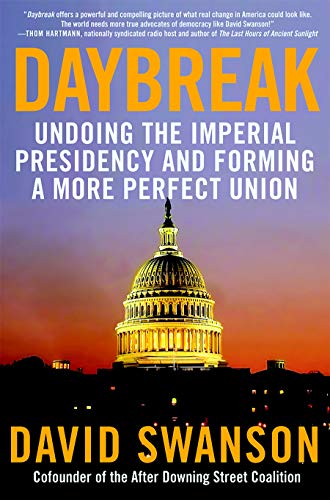 Biren told me: "The images that are most critical to me as a photographer and reporter are those at the end of protesters being arrested. Trying to prevent me from (or punishing me for) taking them reminds me of Bush not allowing photos of the caskets of dead bodies coming home from war. The way in which they try to prevent us from recording this kind of news in the making is shameful. It’s anti-democracy. I stand by what I did."

Rightly so, and all who participated, and the six who risked arrest are heroes as well.

"The action against me was violent and vengeful," Biren told me. "A police officer rushed me from the side suddenly where I couldn’t see him approaching and pulled me forcefully into the line of protesters. Later, another officer had to physically pull this officer off of me because he was so incredibly aggressive and enraged. I’m convinced it was because I was taking pictures of the arrests."

The picture above was taken at 5 a.m. Sunday after these six women had been in custody since about 3 p.m. the day before. It was still pitch black when the police tossed them out onto the streets of Philadelphia and locked the door behind them, not allowing them to turn on their cell phones before they left the building. The young man arrested was released later at 9 a.m.

The arraignment for the charges of criminal conspiracy and failure to disperse is being held on September 23 at 11:30 a.m., at least for the six women. Supporters of civil liberties are encouraged to show up at:

David Swanson is the author of the new book Daybreak: Undoing the Imperial Presidency and Forming a More Perfect Union by Seven Stories Press. Visit his website.

Demonstrating Is Useless Have You Read the Most Important Book of the Year? Ron Paul's End the Fed Can Change the World