Missile Defense: The Other Story

We are witnessing a flurry of emails and articles proclaiming victory after President Obama’s announcement that he was going to scrap George W. Bush’s plans to deploy missile defense interceptors in Poland and a Star Wars radar in the Czech Republic. There is no doubt that our peace activist friends in those two countries do indeed have reason to celebrate after their hard and determined work to stop those deployments. We also need to recognize and thank the many people around the world who acted in solidarity with them during these past couple years of intensive campaigning.

But now that we’ve had a day to rejoice, the time has come for more reflection on what the Obama administration intends to do next. I’ve quickly learned during these eight months of watching Obama in action that when he gives something with one hand it is wise to watch what his other hand is taking away.

In his September 17 speech Obama stated that his new missile defense architecture for Europe would be more "comprehensive than the previous [Bush] program" and would be "enhanced" by NATO involvement.

Secretary of War Robert Gates was left to explain the details of the new missile defense "architecture" that would replace the now rejected deployment plan for Poland and the Czech Republic.

Gates stated that he was the one who had proposed three years ago to deploy the missile defense systems in Poland and the Czech Republic. He concluded that the original plan was no longer the best military "architecture" for the current "threat" from Iran. Thus instead of missile defense interceptors that would target offending missiles in their mid-course of flight, and that had a series of bad test results, the Pentagon now wanted to deploy in northern and southern Europe missile defense systems that had a proven testing record and were more appropriate for the kind of threat now expected from Iran.

"The intelligence community now assesses that the threat from Iran’s short- and medium-range ballistic missiles, such as the Shahab-3, is developing more rapidly than previously projected," Gates said. "This poses an increased and more immediate threat to our forces on the European continent, as well as to our allies."

Gates continued, "We now have proven capabilities to intercept these [short range] ballistic missiles with land and sea-based interceptors supported by much improved sensors. This allows us to deploy a distributed sensor network rather than a single-fixed site, like the kind slated for the Czech Republic."

US Navy Aegis destroyers, outfitted with Standard Missile-3 (SM-3) missile defense interceptors, would "provide flexibility to move interceptors from one region to another," Gates said. In years to come the SM-3 will be upgraded and be deployed throughout Europe as land-based systems as well. Since 2007 the SM-3 has had eight successful tests, including the February of 2008 shoot-down of a falling military satellite with an SM-3 missile from an Aegis ship in what many saw as proof that these systems also had "anti-satellite" weapons capability.

You can watch brief video clips of Gates here and Obama herey, or look below at one of my earlier posts for the videos.

The Russians first reaction was positive, as would be expected, since they were deeply concerned that the Poland and Czech deployments could be used by the US as the shield in a first-strike attack. But their concerns have not completely disappeared.

The Washington Post reported that Maj. Gen. Vladimir Dvorkin, former chief of the Russian military’s main research institute for nuclear strategy, cautioned that the reconfigured U.S. system could still pose a threat to Russia. "Everything depends on the scale of such a system," he told the Interfax news agency. "If it comprises a multitude of facilities, including a space echelon, it may threaten the Russian potential of nuclear deterrence."

As described by Gates and his top generals, Obama’s new missile defense plan will unfold in three stages. By 2011, the Pentagon will deploy Navy Aegis ships equipped with SM-3 interceptors in the eastern Mediterranean. 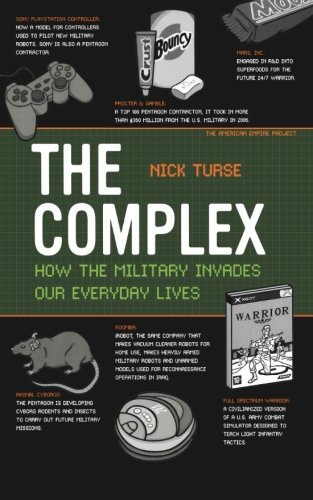 A second phase in about 2015 will field an upgraded, land-based SM-3 in allied countries, and discussions are underway with Poland and the Czech Republic on basing the missiles in their territory, Gates said. In 2018, the third phase will deploy a larger and more capable missile, which will allow the system to protect Europe and the United States against short- and intermediate-range rockets and, eventually, intercontinental ballistic missiles.

Bloomberg News reports that, “This shift clearly benefits Lockheed Martin and Raytheon and is negative” for Boeing. “The move away from fixed missile-defense sites in Eastern Europe is a continuation of the more flexible, tactical missile-defense shield that Secretary Gates advocated," said Rob Stallard, an analyst at Macquarie Capital Inc. in New York.

The Pentagon’s 2010 budget seeks 250 Standard Missile-3 interceptors. It also seeks to increase to 27 from 21 the number of warships equipped to launch the Standard Missile-3s and requests $1.6 billion to develop software and hardware to upgrade ships and to develop a ground-based model.

The Pentagon is also now promising Poland that Patriot missiles will still be deployed in that country as previously planned.

So in the end I see this as an adjustment in strategy due to technology as much as anything. The flexible, more mobile, short-range missile defense systems are proving ready to go while the former Bush proposal for Poland and Czech Republic included technologies that are not yet proven.

Obama can appear to be stepping back from an immediate confrontation with Russia but in fact he is following the lead of the Pentagon who for some time has been saying that they must move to expand the more promising Navy Aegis-based missile defense system. This program has already been dramatically growing in the Asian-Pacific region and will now be slated for expanded European operations.

Bruce Gagnon has worked on space issues for more than 20 years.