Enlisting in the Military and the Decision To Kill

In the fall of 1999, I walked into an Army-Navy recruiting station in Boulder, Colorado in an attempt to enlist in the United States Armed Services. At the time, I was almost fanatically devoted to the Republican Party, (having gone so far as to re-found the Young Republicans’ Club at Fort Lewis College the year before), and I thought it was my duty in some sense to "serve my country" with a few years of my life spent in the military. I had always been an athlete, having played both soccer and rugby in high school, and I thought that recruiters would be literally tripping over themselves trying to enlist me into their respective branches of service. As it turned out, I was right to think that I was a prime candidate that recruiters would love to claim credit for enlisting. After I took a sample ASVAB test (which is apparently utilized, based upon its level of sophistication, to weed out the stupendously stupid from the only slightly moronic), the recruiters turned into my best friends — offering to help me to get into an officer-training program, since my scores were high enough.

I spoke with the recruiters for a few hours, with my mind all but settled on enlisting in some capacity, and I happened to ask them about several injuries I had suffered in high school. I had broken both of my legs playing soccer — including a femur — and I wanted to know whether the military would care that I had five screws in my legs. The question was on my mind because my father had been evaluated for military service in his youth and was deemed to have such flat feet that he would not qualify. The recruiters’ faces darkened when they heard the question, but they told me that I shouldn’t have any problems enlisting as long as I "forgot" to tell anyone that I had them. (You have to remember that back in those days the military actually had criteria for enlistment. This might be hard to believe, but it was possible, way back then, to be denied the ability to enlist because you were too fat, dumb, blind, or criminally inclined.) They informed me, however, that if I did choose to "forget" to tell anyone about the screws and I got injured, the injuries might not be covered by the military if it was related to my "previously existing condition" (You didn’t really think that phrase would cease to exist under socialized healthcare, did you?)

I left the recruiting station with seriously mixed feelings about enlisting. I still felt that I had a responsibility to enlist, if I could, in order to "serve my country," (I used that phrase incessantly at the time), but I was wary of having to lie my way in. I was also very aware that I could break another bone in one of my legs — as I did in fact do, several years later — which would have left me with a huge unfunded medical bill on my hands. To top things off, I felt seriously insulted that they thought I wasn’t a top-notch potential enlistee, just because I had a few titanium screws in my legs. I was playing collegiate rugby at the time, in the top physical condition of my life, and I felt that I could compete with the best of the best that the army could scrounge up. It shook my faith in the competence of the military to think that it would deem my father unfit for service just because he had flat feet, (even though he was an accomplished collegiate sprinter), and deem me unfit for service just because I had screws in my legs.

With the passage of several months, however, the thought of enlisting in the military completely faded from my thoughts. Then, in the fall of 2001, all my thoughts about enlistment in the military came flooding back to me. It wasn’t that the sight of the 9-11 attacks suddenly rekindled my previous desire to join up. On the contrary, by that time I had already definitively decided that the military wasn’t right for me anyway. What brought all my previous thoughts back to me was the realization that if I had chosen to enlist in the military that fateful day in 1999, as I truly intended to do when I walked into that recruitment center in Boulder, I would almost certainly have been on my way to war. I would have been preparing to board a plane or ship in order to cross the ocean in order to try to kill or subdue people that I had never met. 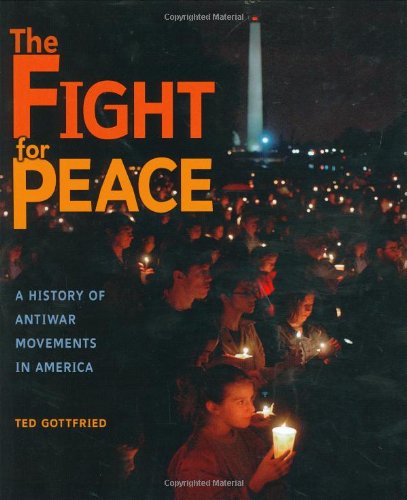 I had not thought about the seriousness of what I was doing when I walked into that recruitment center. Bill Clinton was in office at the time, and his belligerency had always been confined to invading only the most obscure and irrelevant countries in the world in a dilettantish (albeit deadly) fashion. It never occurred to me when I told the recruiter that I wanted to enlist that I was essentially giving my consent to go fight in a future decade-long guerrilla war in a tribal wasteland or to go fight in an urban free-for-all in the desert.

That’s what really troubled me when I thought about how very close I had come to joining the military; the realization that I would have had to go to war whether I thought it was just or not. I would have voluntarily put myself in a position where other people — people I had never met — would have been able to tell me when and under what circumstances I would have to board a plane or a ship to go kill other people I had never met. And to top things off, those people I had never met who would have the right to tell me when to kill were politicians — the very same slippery scoundrels I had heard lying to me with a straight face my entire life. It was truly bone chilling to realize how close I came to surrendering my moral sovereignty to people I not only didn’t know, but in whom I had no trust to begin with.

To surrender the ability to decide when and under what circumstances a man will kill other human beings is a serious matter — one that ought not to be taken lightly or entered into as though he is signing a car lease. Indeed, the decision to kill is the most serious moral decision a man can make in his life, which is precisely why he ought not to surrender the decision to anyone under any circumstances. The decision to kill ought not to be surrendered to a man’s wife, to his mother, or to his brother — and it especially ought not to be surrendered to the most mendacious creatures to walk the face of the Earth: politicians. If a man finds himself in a position where he must kill in order to protect himself or his family, he will know what decision he must make, but to kill other human beings just because a politician says so is the height of moral recklessness and irresponsibility.

So, if you are a young man like I was, seeking to "serve his country" by enlisting in the military, I beg of you to consider the seriousness of your decision. Realize that you will be signing over your ability to decide when to kill real, living human beings to the very same people who have made a living for themselves by lying to us. Think about whether you will really be serving this country by killing or dying in some far-off desert or rocky wasteland. Think about whether you could do more for this country by buying a rifle, learning how to use it, and being ready to use it in actual self-defense of yourself and your family.

Don’t make the same mistake that I did in failing to consider the seriousness of enlistment. You might not have flat feet or screws in your legs to prevent you from doing something you will regret for the rest of your life.

Previous article by Mark R. Crovelli: Another Reason Not To Lose Hope

'Why Be Afraid of Government?': What Kind of Stupid Question Is That? Get Out Your Golden Umbrella