Our present political system is coming unglued, a victim of its own contradictions. It is apparent even to those in great denial that there is something terribly wrong, that the center cannot hold, and that we are rapidly adrift in a very bad direction. The widespread anger that has been shown in town hall meetings all over the country is a sign that mainstream Americans have begun to have a sense of foreboding, and they are angry at the position in which we now find ourselves. People are looking for answers, but the old solutions obviously are not working. Any number of writers has emerged to propose remedies that were unthinkable only a few short years ago, but which are now becoming acceptable topics of discourse. These topics include such ideas as government being the cause, rather than the solution, to our current predicament. These ideas received rhetorical support from at least one of our recent presidents, but his actions, however well intentioned, continued to contribute to the problem. The libertarian position, on the other hand, is now beginning to receive increased attention and support, and there have appeared any number of fine writers who have contributed to the literature of liberty. One such line of libertarian thinking accepts that the institution of government is legitimate, but that government should be confined to certain well-defined tasks and must be strictly limited to a very small size and influence. This is known as minarchism, and it is a widely held and respected position of libertarian thought.

There appears to be reluctance on the part of many fine libertarian writers, however, to pursue their line of reasoning to its logical and final conclusion. They elaborate current failures of government in a most convincing and articulate fashion, enumerating any number of government failures, abuses, and outrages and pointing out even worse catastrophes as a result of further government mismanagement, negligence, ignorance, wrong-headedness, and even outright hostility. The "solutions" often proposed are the familiar nostrums of "limiting" government to its "rightful" functions, respect for the Constitution, reducing taxation to a bare minimum, eliminating a great deal of the current legal code, secession of one or a number of states, or even more drastic solutions.

In many articles, though certainly not all, there is the unstated position that there is something wrong with our government, or with some other affiliated state. Rarely are we exposed to the proposition that government by its very nature is an illegitimate institution, that governments arise by conquest and confiscation and no other way, and that they represent the institutionalized form of violence and coercion. In the words of Murray Rothbard, they are a criminal gang writ large. 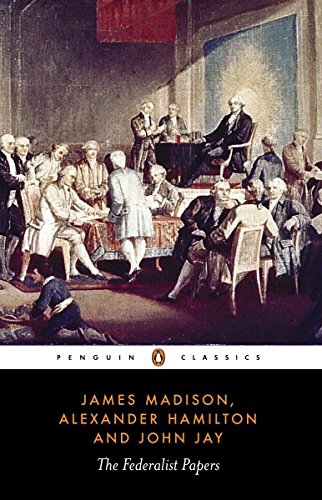 A fairly representative position of the minarchist writers is that we demand government return to its rightful role as defined by the Constitution and as described in the Federalist Papers, where the powers delegated to the national government were "limited and few." This is a position that I held for years. It is a chimera and a lost hope so to believe, and it involves those who care about their freedom in a fruitless struggle whose outcome has been rigged long before. One of the routine ploys of running for political office is to promise to downsize government and return it to its "proper place" in our lives.

Is it not right for us to demand that which the politicians promise us over and over? Do not most of them run on a plank of change, and is not the rhetoric, year after year, to downsize government, to lower taxes, and to reduce the heavy burden of government on our lives? Yet year after year, for some unexplainable reason, government regulation becomes more onerous, taxes increase (or because of government money manipulation, taxes are nominally the same, but our standard of living inexorably continues to erode), and the government, far from being a government of consent, becomes more and more a government of naked force. Even when the citizenry almost unanimously favor a certain course of action (in this case, opposition to the financial bailouts of late 2008, or opposition to the complete federal takeover of the health care industry), our so-called leaders pretty much do exactly what they wish.

My point is that government by its very nature is not susceptible to control. If there were some hypothetical entity to which we could petition for redress of grievances when government exceeds its rightful authority, that hypothetical entity would be the real government. The reason is that government is the entity that arrogates to itself the monopoly of deadly force within a certain geographical area. It is sovereign, that is, there is no other authority to which to turn when government usurps its authority. By the logic of the many who ascribe to this theory, there is not in reality, or can there be, any usurpation, because of the fact that government is sovereign, or the supreme lawgiver. It justifies itself, and would not be expected to do otherwise. There will always be apologists who by glib fabrication and wily use of words, as well as appeals to emotion, will affirm that there is no such thing as an absolute right, and that government is justified in placing "reasonable" limits on our rights. This line of reasoning is wrong, dead wrong. A right, by definition, is absolute. That is why it is a right, and not something else. The adage that we cannot yell "Fire!" in a crowded theater is likewise dead wrong, and the fallacy of that attack on our right to free speech has long since been proven false and discredited. But by then, the damage had been done, and the popular wisdom had been led to believe that government could circumscribe our rights whenever the government had a "sufficiently strong" reason to do so. Thus we have seen all our treasured freedoms vanish more or less within our lifetimes, certainly within the lifetimes of such close ancestors as our grandparents. Such things as sound currency, habeas corpus, privacy in our persons and papers, even freedom to practice our own religion (yes, some may challenge me on this, but I have strong evidence for my case) have come under attack and are now rather commonly understood as being subject to government control. 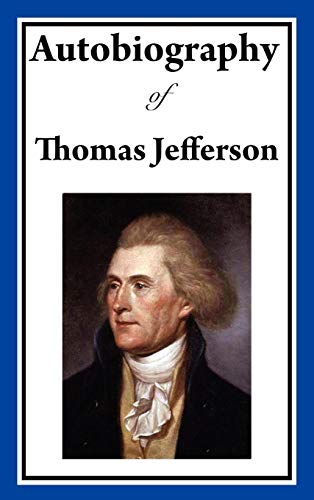 Our venerated Constitution was written to "bind our government down with chains," to paraphrase Thomas Jefferson. But government, by its very nature, cannot be bound with chains. A "limited government" is a contradiction. Either it is limited (in which case, the entity doing the limiting is sovereign), or it is government. It cannot be both. I challenge any reader to enumerate for me any government within recorded history that did not grow and metastasize. It is in the nature of governments to do this. It is what governments do. It is of no more validity to insist that government remain within its circumscribed bounds than to insist that a breast cancer limit itself to a small part of the body, and for life to go on as before.

I hesitated at the logical conclusion of this line of thought, and I did so for many years. Even the word "anarchy" had a very negative and unsavory association in my mind. Basically, it connoted chaos, and I recoil at chaos as much so or more than any man on earth. It is the one condition that nature abhors, and is to be avoided at all costs. But after much immersion both in libertarian literature and even religious literature, I have come around 180 degrees from my former position. I believe our addictive attraction to the power of government to improve our lives is the very thing that has got us into our current predicament, and that government, far from securing our lives, liberty, and property, is the only real threat to them. It actually fosters chaos, and retards the process of mutually beneficial exchange that is the very basis of civilization. Government is the mortal enemy of mankind and civilization. Call it what you may, either free market, creative and peaceful anarchy, or whatever, the alternative to government is the only hope we have of enjoying ourselves, and passing on to our progeny, the blessings of life, liberty, and property. There is no middle ground, and we are engaged in a fierce struggle whose outcome will be monumental.

I would urge those who are inclined to liberty to carefully reconsider their position in regard to anarchism. Granted, it is a minority opinion, even within the libertarian community. But that does not of itself make it wrong, only under-appreciated to this point. In the event that the forces of freedom win the titanic contest with collectivism with which we are now mightily contending, what are we to do with our victory? Shall we return yet again to that faith in government that has been so destructive to this point? For more than 2,500 years we have tried the same thing, over and over, always with the same dismal results. The greatest political minds of the age, informed by the most advanced and elevated thought, and concentrated as they were in a rather small geographical area, of fairly similar backgrounds, education, and values, and mindful of the centuries of government abuse that preceded them, produced what was regarded as the finest political document ever crafted by the hand of man. In the words of Lysander Spooner, however, the Constitution either provided for the situation in which we find ourselves today, or it was powerless to stop it. In any event, it was not worthy of consent.

If we are able to win our titanic struggle, are we to try yet one more time to make government work? Will it be different this time, and if so, why? In the almost certain likelihood that we find ourselves back exactly where we are right now, will all our struggle have been merely to have put off the inevitable victory of totalitarianism just a bit longer? I cringe at the thought. A beautiful future beckons us, if only we remove our self-imposed shackles.

The Best of John Sampson