I recognize that I’ve antagonized many subscribers over the years with "Bush Bashing." In January, just after OBAMA!’s election, I said I wouldn’t mention Bush again, his departure having made him irrelevant. I only feel bad that he and his minions will apparently get away scot-free with their crimes; better they had all been brought up before a tribunal and tried for crimes against humanity in general and the U.S. Constitution in particular. But that is objectively true of almost all presidents since at least Lincoln.

Most of our subscribers to The Casey Report appear to be libertarians or classical liberals — i.e., people who believe in a maximum of both social and economic freedom for the individual. The next largest group are "conservatives." It’s a bit harder to define a conservative. Is it someone who atavistically just wants to conserve the existing order of things (either now, or perhaps as they perceived them 50, or 100, or 200, or however many years ago)? Or is a conservative someone who believes in limiting social freedoms (generally that means suppressing things like sex, drugs, outré clothing and customs, and bad-mouthing the government) while claiming to support economic freedoms (although with considerable caveats and exceptions)? It’s unclear to me what, if any, philosophical foundation conservatism, by whatever definition, rests on.

Which leads me to the question: Why do conservatives seem to have this warm and fuzzy feeling for George W. Bush? I can only speculate it’s because Bush liked to talk a lot about freedom and traditional American values, and did so in such an ungrammatical way that it made him seem sincere. Bush’s tendency to fumble words and concepts contrasted to Clinton’s eloquence, which made him look "slick."

I’m forced to the conclusion that what "conservatives" like about Bush is his style, such as it was. Because the only good thing I can recall that Bush ever did was to shepherd through some tax cuts. But even these were targeted and piecemeal, tossing bones to favored interests, rather than any principled abolition of any levies or a wholesale cut in rates.

Is it possible that Bush was actually the worst president ever? I’d say he’s a strong contender. He started out with a gigantic lie — that he would cut the size of government, reduce taxes, and stay out of foreign wars — and things got much worse from there. Let’s look at just some of the highpoints in the catalog of disasters the Bush regime created.

The only reason I can imagine why a person who is not "evil" (to use a word he favored), completely uninformed, or thoughtless would favor Bush is because he wasn’t a Democrat. Not that there’s any real difference between the two parties anymore… 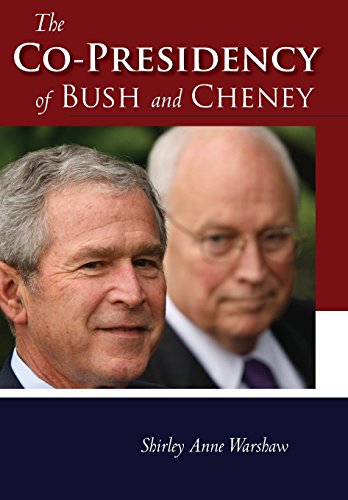 As disastrous as he was, I rather hate to put him in competition for "worst president" in the company of Lincoln, McKinley, Wilson, the two Roosevelts, Truman, Johnson, and Nixon. He is simply too small a character — psychologically aberrant, ignorant, unintelligent, shallow, duplicitous, small-minded — to merit inclusion in any list. On second thought, looking over that list of his personal characteristics, he’s probably most like FDR, except he lacked FDR’s polish and rhetorical skills. I suspect he’ll just fade away as a non-entity, recognized as an embarrassment. Not even worth the trouble of hanging by his heels from a lamp post, although Americans aren’t (yet) accustomed to doing that to their leaders. Those who once supported him will, at least if they have any circumspection and intellectual honesty, feel shame at how dim they were to have been duped by a nobody.

Thank You For Supporting LRC With Your Online Purchases

The worst shame of Bush — worse than the spending, the new agencies, the torture, or the wars — is that he used so much pro-liberty and pro-free-market rhetoric in the very process of destroying those institutions. That makes his actions ten times worse than if an avowed socialist had done the same thing. People will blame the full suite of disasters Bush caused on the free market simply because Bush constantly said he believed in it.

And he’s left OBAMA! with a fantastic starting point for what I expect to be even greater intrusions into your life and finances. Eventually, the Bush era will look like The Good Old Days. But only in the way that the Romans looked back with nostalgia on Tiberius and Claudius after they got Caligula. And then Nero. And then the first of many imperial coups and civil wars.

What Happened to the Age of Obama? I'm the Government