Ad Astra per Debitum: The Lunacy of the Space Race

While I yield to no man in my admiration for Neil Armstrong and Edward Aldrin, the space pioneers I really want to meet are Mike Melvill and Brian Binnie.

In August 2004, Mr. Melvill piloted the first privately constructed spacecraft, Burt Rutan’s SpaceShipOne; Binnie was at the controls on the second flight less than a week later, thereby earning the “X-Prize” for Rutan’s company, Scaled Composites.

It’s true that Melvill and Binnie ascended to altitudes just above the internationally recognized boundary of outer space, and Armstrong and Aldrin were the first to leave bootprints on the face of another world.* But Melvill and Binnie were part of a team that accomplished space travel without stealing the wealth of others to do so. That fact alone makes their achievement infinitely worthier of celebration than the “triumph” of corporatist plunder that took place forty years ago today.

I was born just in time to become a child of the Space Race. As a toddler I learned to count down from ten, rather than up to ten, as a result of watching Gemini lift-offs. Every breakfast was washed down with Tang, and my preferred after-school snacks were the unpalatable cylinders of colored carbohydrate called Space Food Sticks. (The caramel ones were inedible; the peanut butter variety was common, and borderline pleasant. Chocolate Space Food Sticks, however, were rare and highly prized.)

Star Trek re-runs were by-appointment television. Major Matt Mason and his intrepid crew my companions during every playtime — and they weren’t “dolls,” dammit, they were action figures! Forty years ago today, my family rushed home from church in order to watch the live broadcast from Tranquility Base, and I watched every minute of every moon mission that my school schedule would allow. I was certain that a moonbase would quickly follow the Apollo program, that a manned mission to Mars would occur before 1980, and that sometime before I reached middle age mankind would be probing beyond the Solar System.

By early adulthood my ardor for the space program had dissipated, leaving a dull sense of disappointment. When the iconic date September 13, 1999 rolled around, I was both relieved to see Luna still in orbit, and disappointed that there was no permanent outpost there. If you, my friend, recognize that allusion, you’ve joined me in the ranks of incurable Geekdom.

Of course, I had been beguiled into placing far too much confidence in the benevolence and ability of the United States Government, and cultivating such gullibility seems to have been the entire point of the “Space Race” — which could best be described as a joint propaganda exercise between Moscow and Washington.

There’s evidence that Washington, which had spirited away the cream of Nazi Germany’s rocket science program after World War II, actually spotted the Soviets a lead in that “race."

General James M. Gavin, head of the Army’s Research and Development Arm, supervised a launch that sent a Jupiter nose cone more than 700 miles into space; this meant, as Gavin recalled years later, that the U.S. government “had the capability of orbiting a satellite” more than a year before the Soviets hurled a forlorn little sphere called Sputnik into orbit, where it did little more than broadcast an annoying radio signal and serve as a goad to nationalize American education (we were falling behind the Soviets in science!) and inspire ever-larger military expenditures to close the supposed gap between Soviet and American missile technology.

Nonetheless, the visionary leadership of the martyred John F. Kennedy — coupled with the corn-prone pragmatism of Lyndon Johnson — rallied the nation behind the campaign to land a man on the moon before the end of the 1960s. Or so the familiar narrative instructs us.

I suspect that the outcome of the “Space Race” was never truly in doubt, despite the best efforts of Washington to engineer suspense. In his 1973 study National Suicide: Military Aid to the Soviet Union, the late Dr. Anthony Sutton observed: “The United States appears, in historical perspective, to have been almost desperate in its attempts to help the Soviets in space” even as it was supposedly involved in a cut-throat competition to beat the Soviets to the Moon.

Notes Sutton: “In the ten years between December 1959 and December 1969, the United States made eighteen approaches to the USSR for ‘space cooperation.'” Technology transfers of all kinds took place during that time, and U.S. officials generously shared sophisticated tracking and telemetry data with their competitors. Indeed, it seemed as if the U.S. was “racing with itself,” as Sutton puts it.

To his credit, Dr. Sutton made the call in the mid-1960s, announcing — in the teeth of elite opinion to the contrary — that “the Soviets did not have the technology to be first on the moon, and by themselves could not make it in this century.” He may have been the only western observer to reach that conclusion. But this was no secret to the people running the Soviet program.

When he defected from the Soviet Union in 1966, science analyst Leonid Finkelschtein knew for certain “that the USSR had quietly abandoned all dreams of engaging in a ‘moon race’ with the United States and that it would be American and not Soviet spacemen who would be the first to step foot on the moon,” he wrote (under the pen name Leonid Vladimiroff) in his 1973 book The Russian Space Bluff. In fact, he was astounded that the West perceived the Soviet Union to be a technological colossus with a vast indigenous industrial capacity, rather than a decaying tyranny hopelessly dependent on industrial espionage and technology transfers from the West.

The Soviet space program, as Finkelschtein reported (and American space engineer James Oberg later confirmed), was a state propaganda exercise of remarkable purity, its missions and priorities reflecting the whimsical demands of the Soviet ruling elite.

That program was blessed with a brilliant and resourceful “Chief Designer,” Sergei Korolev, who had spent time in the gulag under Stalin and whose life was cut short through the miracle of Soviet socialized medicine during the Brezhnev era. Korolev managed to accommodate the demands of the Party elite, but not even he could turn the Soviet space program into a plausible lunar enterprise.

While the Soviets conducted space spectacles for the edification of their captive population and the mortification of credulous foreigners, Washington’s space program was hugely profitable for those plugged into the military-industrial complex.

Lyndon Johnson’s instinctive gift for graft served him well in his efforts to spread space patronage far and wide, thereby creating a huge constituency for a hideously expensive federal program at the same time Washington was carrying out a distant Asian land war and radically expanding the social welfare state.

But this meant compounding the stress and danger inflicted on astronauts, who had to fly long distances, often on little rest, to training facilities at locations selected for political reasons, rather than accessibility or convenience. This arrangement claimed the lives of two Gemini astronauts who perished in an exhaustion-related crash while piloting their two-man fighter plane to a training site.

Once the moon landing was accomplished, the “national commitment” to space proved to be a mere frisson of nationalistic triumphalism. This left NASA with the unenviable task of trying to preserve its image as the vanguard of mankind’s conquest of the final frontier while carrying out mundane missions in near-earth orbit.

The Space Shuttle was obsolete by the time it flew in 1981. It was a vehicle of such dubious merit that the Soviets, after receiving most of its critical technologies and stealing the rest, didn’t even bother to duplicate the program beyond one test flight in 1986.

(Emin Gadzhiev, the KGB officer who received a commendation for stealing classified samples of Shuttle heat shield tiles, worked as a deputy sheriff in Florida for a few years before re-casting himself as an “inventor” and space “expert”; when last heard from, he was building flying saucers in Bulgaria.)

When the Shuttle goes out of service — finally! — next year, NASA will have not a single man-rated vehicle until at least 2014, when it’s expected that the next generation of lunar launch vehicles will be ready. Thanks in no small measure to the government-abetted erosion of America’s technological and engineering base, the next generation of moon rockets won’t quite measure up to the task.

The Ares booster, which is to take the place of the mighty Saturn V, doesn’t have sufficient thrust to achieve escape velocity; it was designed to operate with the aid of a space station — for instance, the cost overrun-prone and thoroughly underwhelming International Space Station. The problem here, as Wendy McElroy points out, is that the ISS is scheduled to be “de-orbited” — that’s crashed, in non-bureaucratic English — in 2016, or even sooner. 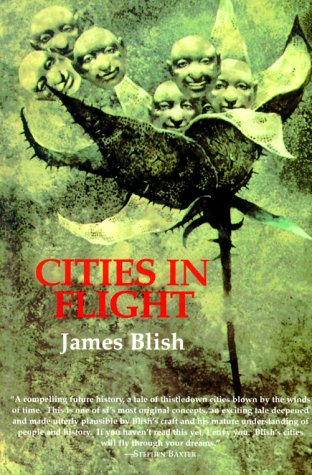 What this means, of course, is that by 2016 — the earliest that the $44 billion Ares could be prepared for use in manned missions — it will have no place to go, because at present (thank heavens) there are no plans to waste tens or hundreds of billions of dollars on a second space station, which couldn’t be built quickly enough anyway.

Which leaves us with the question: Quo vadis, Ares? What’s the purpose of spending obscene sums of money on a huge rocket booster that is grotesquely over-powered for use in low earth orbit, but has insufficient Delta-V to carry out a lunar mission? (It would also be interesting to know why NASA chose the name of the Greek god of war for this supposedly benevolent rocket booster.)

Any discussion of America sending men back to the Moon is entirely academic, of course. Our economy cannot sustain the projected costs, and as our nation descends into the nastiest depression in its history the public wouldn’t countenance such expenditures, assuming that we still have any say at all in how our plundered wealth is wasted.

Besides, as every really informed person knows, Nibiru will soon arrive, and all of our human problems will evaporate in one great cataclysm. I’m kidding, of course. At least I hope so.

In 1957, the year the “Space Race” got underway, the British science fiction writer James Blish published the first installment of his four-part masterpiece Cities in Flight. Blish foretold a future in which the regimes in Moscow and Washington would come to emulate each other, each presiding over a thoroughly militarized and economically devastated surveillance society.

Following a worldwide economic collapse, the earth’s major cities are converted into self-contained ecosystems; with the aid of an anti-gravity technology called the “Spindizzy,” those enclosed communities are wrested from the earth’s surface and set adrift in interstellar space as self-sustaining, multi-generational starships.

The human refugees — called “Okies” in honor of their obvious antecedents — are either blessed or cursed with near-immortality, and spend centuries seeking out economic opportunity among the stars.

We’re not going to stumble across a solution of that sort to our predicament, of course. But secession would be good and suitable substitute. Human cities aren’t going to achieve escape velocity anytime soon, but nothing but good could come about were at least a handful of states to succeed in breaking free of Washington’s orbit.

*While I know some intelligent and sensible people who earnestly believe that the moon landing was a hoax, I’m not of that opinion.

Previous article by William Norman Grigg: Too Many People

Charity?Why Does This Neocon Want a Young, American POW Murdered?