Healthcare in America: Some Free-Market Solutions

With healthcare costs spiraling ever higher, and millions of Americans without health insurance, many have turned to the state for answers. We can have socialized medicine, with its attendant shortages and rationing, for the low cost of several hundred billion tax dollars per year. To the student of Austrian economics, it is obvious that state control of medicine — as with state control of anything — can only lead to higher costs and shrinking quality. It is the free market that provides lower cost and higher quality, as providers compete for customers.

If we see growing costs and shrinking quality now, this indicates there is not a free market in healthcare. Free-market solutions could greatly reduce the cost and increase the supply of healthcare, at zero cost to the taxpayer. The key is to find existing state constraints on supply and remove them.

Here are just a few solutions to America’s costly healthcare situation (lawmakers out there, please feel free to swipe these ideas!):

a. Allow the free importing of drugs from foreign countries. Some senior citizens have become drug smugglers, sneaking to Canada and back for the prescription drugs they need.

b. Make all drugs available over the counter. Not only would this reduce costly, time-consuming doctor visits, but it would eliminate the "War on Drugs" mindset that causes unnecessary patient suffering. If you’ve ever been in an emergency room or hospital, begging for pain medicine while the staff sneers and treats you like some kind of junkie, you know what I mean.

c. Abolish the FDA. The most common complaints about the FDA are that it either approves a drug with minimal testing or drags out the approval process for several years. Generally, we expect that drugs produced by large, politically-connected pharmaceutical firms will be quickly approved, while less-connected and foreign firms will have to wait a long time. This monopoly should be eliminated. Multiple, competing drug-certifying companies could take its place on the market, and they would need to rely entirely on their reputation for good testing, since they would not be backed by state power. Individual doctors, patients and insurers could decide which certifying agencies they trust and which they do not — the internet and medical journals will help them stay informed. d. End the War on Drugs. This would reduce the amount of addiction and health problems associated with recreational drugs. During alcohol prohibition, the softer versions of alcohol — beer and wine — vanished from the market, since producers and smugglers only wanted to deal in the highest-profit product, liquor. In 19th-century America, when there was a free market in drugs, there were no epidemics of drug addiction. People drank small amounts of cocaine in soft drinks, rather than smoking crack; they smoked opium rather than injecting heroin. With softer version of recreational drugs available, experimenters are less likely to develop a deep addiction, and addicts are less likely to develop a high tolerance that drives them to take ever-larger quantities of the most dangerous version of their drugs. Additionally, if drug use is not criminal, addicts will be much more willing to admit to their problems and seek treatment, without fear of law enforcement issues.

2) Remove the state monopoly on medical licensing. Allow competing businesses or nonprofits to provide certification, so that doctors unhappy with the current system can break out and form their own organizations. Monopoly licensing can restrain doctors from giving what they know to be the best advice.

Consider basic but widespread problems, like stress, anxiety and depression. A regular practice of meditation, ten minutes a day, can go a long way towards reducing these problems, as well as the behaviors they drive, such as overeating, smoking, and excessive drinking — which themselves lead to numerous medical problems. Meditation costs nothing and can be done by anyone, without any health risk at all. How many doctors recommend meditation first, rather than Valium or Zoloft? How many might prefer to try some milder herbal or vitamin remedies before breaking out the Big Pharma? How far are they restrained by the threat of the state monopoly pulling their license to practice?

A free market in medical certification would allow doctors to try many different approaches to solving problems, not just the monopoly-approved practices. It would also make it easier for immigrant medical professionals to work in the United States, as well as clear the way for the next couple of improvements… 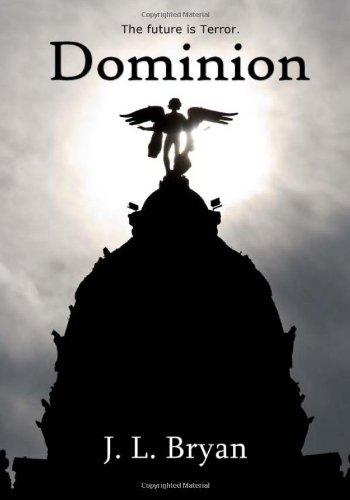 3) Allow independent nursing practices. An experienced nurse knows how to perform basic check-ups, treat typical ailments such as the common cold, and likely has other areas of expertise and experience. Consumers may at times decide that a nurse is sufficient for their needs, and thereby save money over seeing the doctor. (I picked this idea up at LRC or Mises.org, but now can’t find the source.)

4) Reduce the requirements for becoming a doctor. Does a general practitioner really need ten or twelve years of schooling? Of course, they must study anatomy and biology — but why all the calculus and physics requirements for a pre-med degree? Just in case doctors want to design rocket ships in their spare time? Advanced specialties, such as neurosurgery, certainly require additional education. In general, however, it would seem that the amount of required schooling could be reduced in favor of more apprenticeship, continuing education, and greater focus on the doctor’s particular specialty. Education should center on what the doctor is actually going to do in the course of a medical practice. This would reduce the cost of a medical education, and so increase the supply of doctors. 5) Shorten patent terms on drugs and medical technology. This would allow producers to learn from each other’s research much faster, allowing a greater supply of needed drugs and devices while accelerating the overall pace of research. Greater supply and rapid technological advances mean lower price and better products.

6) Deregulate health insurance and HMO’s. Heavy regulation restricts supply. Through the typical Iron Triangle process, the most politically influential companies will get to choose the rules and the regulators for their own industry — using state power to protect themselves while attacking competitors. As with medical licensing, independent third parties could rate the quality of different insurers, but without the arbitrary state power to create monopoly or oligopoly conditions in the industry. With the internet, it easier than ever for consumers to find and share important information when choosing an insurer — including complaints or recommendations from the insurer’s existing clients.

All of these reforms would cost the government (and therefore taxpayers) no money — just the kind of solutions needed in a recession. By simply removing constraints on supply, we can open up the floodgates to cheap medical care.

These are just a few obvious suggestions. If anyone has more (and I know from correspondence that a lot of medical professionals read LRC!), please let me know. If there are enough new suggestions, and Lew permitting, I’ll post a follow-up with more ways we can improve healthcare in America.