The Frame of Mind of American Economic Policymakers

In his 1,200 page History of Economic Analysis, Joseph Schumpeter mentions Gesell just twice and just en passant – in one instance when explaining that Keynes himself acknowledged in the General Theory of Employment, Interest and Money that Gesell had a much larger influence on him than Hobson. (Keynes called Gesell a “non-Marxian socialist.”)

Keynes noted in the General Theory that, according to Gesell’s proposal, “currency notes (though it would clearly need to apply as well to some forms of at least bank-money) would only retain their value by being stamped each month, like an insurance card, with stamps purchased at a post office. The cost of the stamps could, of course, be fixed at any appropriate figure. According to my theory it should be roughly equal to the excess of the money-rate of interest (apart from the stamps) over the marginal efficiency of capital corresponding to a rate of new investment compatible with full employment.” And although Keynes found “the idea behind stamped money sound,” he nevertheless conceded that there would be difficulties in the implementation of this scheme:

But there are many difficulties which Gesell did not face. In particular, he was unaware that money was not unique in having a liquidity-premium attached to it but differed only in degree from many other articles, deriving its importance from having a greater liquidity-premium than any other article. Thus if currency notes were to be deprived of their liquidity-premium by the stamping system, a long series of substitutes would step into their shoes – bank-money, debts at call, foreign money, jewelry and the precious metals generally, and so forth…there have been times when it was the craving for the ownership of land, independently of its yield, which served to keep up the rate of interest; though under Gesell’s system this possibility would have been eliminated by land nationalisation. (John Maynard Keyes, General Theory, London, 1936, Chapter 23)

I briefly discussed Gesell’s ideas because his books would make excellent bedtime reading for Comrade Obama. I doubt, however, that the Commissar can indulge in much reading time since he has embarked on micro-managing the economy. Also, as Keynes himself admitted, there are enormous problems associated with the “stamping system,” as well as with the “hat system” explained above by Mankiw, because savers would turn to other forms of “money” such as precious metals, non-ferrous metals, diamonds, paintings, stamps, cigarettes (see also below), metal coins, ecstasy pills, cocaine, prepaid cards, etc. But back to Mankiw!

Mankiw: If all of this seems too outlandish, there is a more prosaic way of obtaining negative interest rates: through inflation. Suppose that, looking ahead, the Fed commits itself to producing significant inflation. In this case, while nominal interest rates could remain at zero, real interest rates – interest rates measured in purchasing power – could become negative. If people were confident that they could repay their zero-interest loans in devalued dollars, they would have significant incentive to borrow and spend…

Yes, real interest rates could be strongly negative, as was the case in the 1970s, which generated high inflation and high nominal GDP growth rates but a collapse in bond prices (see Figures 1 and 2). Currently, Mr. Mugabe maintains in Zimbabwe by far the lowest interest rates in the world in real terms. But who is lending him money? What about capital spending and consumption in Zimbabwe? Go and look for yourself, Professor Mankiw! But there is no need to travel that far. After all, it is far too uncomfortable for an academic at Harvard. Closer to home – in the US – there is sufficient evidence that consumption as a percentage of the economy fell in the inflationary environment of the late 1960s and 1970s when interest rates in real terms were mostly negative.

Mankiw: Ben S. Bernanke, Fed chairman, is the perfect person to make this commitment to higher inflation. [MF: I am in full agreement on this point.] Mr. Bernanke has long been an advocate of inflation targeting. In the past, advocates of inflation targeting have stressed the need to keep inflation from getting out of hand. But in the current environment, the goal could be to produce enough inflation to ensure that the real interest rate is sufficiently negative…

I have a far simpler solution for creating inflation (for which I should obtain a Nobel prize in economics) than the half-baked measures proposed by Gesell, Mankiw, and his students, in order to create “more demand for goods and services, which leads to greater employment for workers to meet that demand.” The government could issue to each US man, woman, and child free vouchers for different goods and services, which would have a three or six months’ expiry date. 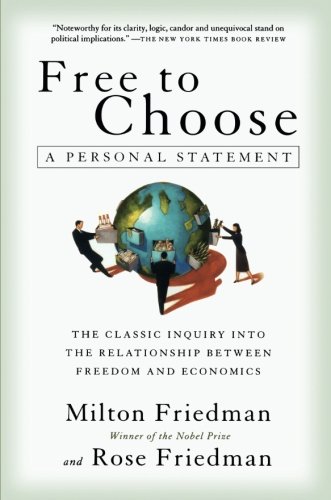 There are 310 million Americans. The government could issue 310 million vouchers to be exchanged for a new car, 100 million vouchers to be exchanged for a $500,000 home, a billion vouchers for a visit to an amusement park, a trillion vouchers each for Prozac and attendance at a sporting event, and so on. AIG and Citigroup would be in charge of making a market in these vouchers, so if someone didn’t wish to buy a car he could exchange the car voucher for cigarette vouchers or any other voucher. But since these vouchers would have an expiry date they would unleash a huge consumption boom, which would temporarily lift the prices of everything and, therefore, achieve the objective of the US economic policymakers of creating inflation and negative real interest rates. (An even simpler solution would be to remove all taxes for two years, or simply to send each American a cheque for a million dollars, but the impact on spending would not be as powerful as with my voucher system.)

And who would pay for the vouchers that businesses would receive from consumers? Nobody! The Treasury Department could issue bills, notes, and bonds to pay businesses for the tendered vouchers, and have the Fed buy them all. But would nobody really pay for my voucher system? The objective of my voucher system would be fulfilled, which is to create inflation, but at the cost of a tumbling US dollar and collapsing bond prices, as was the case in the 1970s (see Figures 3 and 4).

I may add that a collapsing dollar might lead to a “little too much inflation”–even for the Bernankes and Mankiws of this world! The astute reader will naturally ask what will happen when the economic stimulus arising from the vouchers ends, since they are issued with an expiry date. The answer is very simple: the same thing as occurred after 2007 when the stimulus from easy monetary policies and strong debt growth (inflation) ended: demand collapsed.

But that should be of no great concern to the Mankiws of this world. The government could then issue new vouchers with a higher face value and in higher quantities. So, whereas my initial voucher program would have issued 310 million car vouchers with a face value of $40,000 each, the government could now issue 400 million car vouchers with a face value of $100,000 each. Now, some of my readers may think that I have lost my mind, but macroeconomically there is very little difference between my voucher program, which guarantees to stimulate demand and bring about inflation immediately, and the way the Treasury has recently expanded the fiscal deficit and the Fed has increased its balance sheet (see Figure 5). My vouchers stimulus runs out when the vouchers expire, and the Treasury’s and the Fed’s stimuli run out when these esteemed institutions stop increasing them! But my point is that if a government is determined to create inflation and negative real interest rates, there is really nothing standing in the way of its doing so.

Naturally, both voucher and money stimuli lead to enormous economic and financial volatility. In this respect, I urge my readers to read R.A. Radford’s “The Economic Organisation of a P.O.W Camp,” in Paul A. Samuelson, John R. Coleman, and Felicity Skidmore (eds), Readings in Economics (McGraw-Hill, 1952). (For those people who have little time to read, this is a superb book about economics and contains brief contributions by economists such as Malthus, Marshall, Boehm-Bawerk, Taylor, Hayek, Tobin, Friedman, Samuelson, Schumpeter, Ricardo, Bastiat, Rostow, Kuznets, Burns, Eckstein, Keynes, and Kindleberger, and many more.) 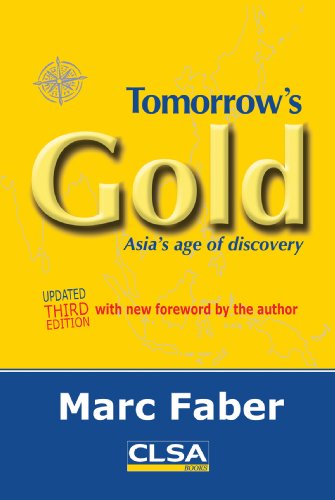 Radford describes how in a prisoner’s camp during the Second World War cigarettes became the principal “currency” and how prices compared to cigarettes fluctuated widely. The Red Cross would make weekly deliveries of cigarettes to the P.O.W. camp and prices would subsequently fluctuate largely as a function of the quantity of cigarettes delivered. When plenty of cigarettes were delivered the prices of other goods would increase; conversely, when the supply of cigarettes was scarce, prices would deflate. Radford concluded that “the economic organisation described was both elaborate and smooth-working in the summer of 1944. Then came the August cuts [in the delivery of cigarettes by the Red Cross – ed. note] and deflation. Prices fell, rallied with deliveries of cigarette parcels in September and December, and fell again. In January 1945, supplies of Red Cross cigarettes ran out and prices slumped still further: in February the supplies of food parcels [to a lesser extent, food also was used as medium of exchange – ed. note] were exhausted and the depression became a blizzard. Food, itself scarce, was almost given away in order to meet the non-monetary demand for cigarettes.”

Radford never won a Nobel prize for his observations about the economics of a P.O.W. camp, but they taught me far more about relative and absolute price movements than did economists at Ivy League schools. When supplies of cigarettes (money) increased relative to food items, prices for food rose more than for cigarettes; and when supplies of cigarettes fell, food prices fell more than prices of cigarettes. In other words, the successful P.O.W. camp hedge fund traders had to constantly adjust their investment position between cigarettes (money) and food (assets), depending on their relative supplies. This is the investment environment I expect for the foreseeable future.

Previous article by Marc Faber: Government Is Out To Make You Poor