Declaration of Renunciation and Severance of U.S. Citizenship

Declaration of Renunciation and Severance of U.S. Citizenship by Jeff Knaebel, Sovereign Individual of the Earth

This Declaration, made at New Delhi, India on 19 June 2009, WITNESSETH:

To the people of this Earth, my fellow human beings, my brothers and sisters, in memory of Black Elk and Chief Joseph, and with special respect to the Grandmothers and Elders of all indigenous communities,

I, Jeff Knaebel, hereby make this Declaration of Severance and Dissolution of all bonds between myself and the Government of the United States of America. I renounce my birth certificate — I renounce my citizenship — and reject all claims of whatsoever nature made by the United States against me. I am not government property, and I am not a criminal. I am a peace-loving human being who is finished with being a slave to the Corporate Warfare State. I am not a citizen of any Government. I renounce all of them.

I hereby destroy my United States passport by which the United States government claims control of my movement upon this earth, and thus lays claim upon my right to exist. I will place the shredded remains of my passport upon the monument of Mahatma Gandhi. I have chosen this monument because it is a symbol that all mankind can recognize: of nonviolent resistance to immoral, corrupt, and violent Governments.

By this deliberate act of rebellion and sedition, I hope to free myself and alert mankind to the dangers it has created by obeying Governments of the world. My refusal to remain a tax-compliant accomplice to State murder will be considered treason against the United States. The choice is this, or treason against human life itself. My life is not about supporting the cold-blooded murder of women and children.

No permission is required to renounce that which I never sought in the first place, for which I never entered a contract, and which is imposed upon me against my will. Having declared myself not a citizen, I am therefore not a citizen. Citizenship is either voluntary, or it is forcible slavery.

The United States government is incomprehensibly malevolent and destructive. It takes our money, our identities, and our lives. It gives us back corruption, war, heinous crime, and lies. This government has no moral right to exist. It ought to be abolished without further human bloodshed.

The Nation State is a criminal organization which must be opposed in its very concept. It is impossible to reform a system that is built upon a foundation of lies and violence — one whose health and continuance depends upon endless war. The system must be altogether abolished. It is irredeemably evil.

The State represents a terminal disease of human consciousness that is anti-life, anti-ethics, and suicidal for the human species. It is a sick addictive co-dependency between its citizens and parasitic lying murdering psychopathic politicians.

Even in its most equitable form, it is impossible for government to disassociate itself from evil. The State has been conceived in violence and is maintained by lies and violence. Its every act can only be criminal. Unless the right to ignore the State is recognized, its citizens become tainted accomplices in its deeds.

From the most democratic to the most totalitarian form of government there is ultimately no difference among the powers they exercise. The essence of the State is the threat and use of deadly force against those who choose not to comply with its edicts.

No Government rightfully owns the territory it monopolizes. It has stolen possession of whatever land it lays claims to. Everything it has, the State has stolen or plundered. It prevents peaceful people from establishing their own voluntary cooperative economic and social relationships. The purpose of assigning nationality is to control a mass of captive taxpayers in order to maintain the large military establishment required to keep a citizenry in a state of fearful submission to the Power Structure of money.

Why should a system of structurally compulsively violent political authority be preferred to a cooperative system in which human beings live according to the Natural Law of equal liberty? A coercive government has no legitimate authority over me. None. Its only authority comes through the barrel of a gun.

Is the arbitrary "legal" construct of the Corporate State more precious than life? Is this guns-and-steel lifeless structure more precious than living, breathing beings? This killing machine fabricated of cunning deceitful words of legally piggily on corporate parchment… Are we living beings or abstract symbols to be manipulated by the Money Power? What is the "National Interest," other than the transfer of wealth and influence to the power elite? What about humanity’s interest?

I write against the oblivion of humanity. I act in quest of goodness, beauty and truth, that we may yet live.

I am not Government property. I bid farewell to the United States Government and to the citizenship it has imposed upon me against my will. I love life too much to be forced to participate in its murder.

The United States government is a stain upon humanity. It is a grotesque distortion of human relations and the human conscience. It is ugly beyond the power of words to describe. Only its end product speaks clearly for what it is and what it does. "Shock and Awe" death raining from the sky. Children’s blood flowing in the streets. Body parts strewn across wedding festival grounds. A human genome corrupted by depleted uranium and Agent Orange. Hiroshima. Los Alamos Lab. The science of death versus the art of life. Torture. Rape. Ecocide. Endless heinous crime. The most terrible Merchant of Death in human history. Human species suicidal.

If you, people of the world, wish to support Government, then so be it. But leave me alone. As a peaceful individual I reject your authority imposed by violence. I reject all Government claims of legitimacy. You and your Government do not have the right to do the things that you do. Foremost among these tax-and-public debt financed activities are the waging of war; the conscription of soldiers; and the expenditure of citizens bread labor upon armaments which by now can destroy our earth many times over. I call for an end to these activities. I will not support such activities with my life, my money, or my energy.

The laws of our natural world, the laws of the Great Spirit, the five precepts of the Buddha, are morally and practically superior to political laws. You must not kill and I must not kill. We must not support killing. We must love our neighbors as we love ourselves. As the Hopi have said, "From this one commandment, to respect and revere life, come all the other commandments: to tell the truth, to share with others, to life together in mutual support, to take care of our children and old people, the sick and strangers, friends and enemies, to abstain from intoxicants and adultery, not to cheat, steal, or covet."

It is up to the individual to discern his duty to his fellowmen and to act accordingly. No other can know my moral conscience, let alone "represent" it in decisions of war and peace. How can another "represent" me in voting to murder children? The first duty of love is to do no harm. Therefore my duty of love is to renounce the State, to withdraw from it, to quit it, to abandon it, to refuse to pay its taxes, to refuse participation in its charade of corporate money controlled elections, and to live my own life in search of truth and righteousness.

What do you do when you awaken to the awfulness of the lies of the State and the State of the lie? How does one negotiate with pathological liars? How does one come to peace with his tax payment hiring of cold-blooded murder for oil and money?

Against whom, then, shall I commit treason? The brotherhood of man? My rational mind and common sense? My moral conscience? Or the United States government? I prefer treason against the arbitrarily imposed rule of an organized crime syndicate to treason against humanity. To suffer in tax compliant silence the heinous crimes against humanity perpetrated by the United States would be to negate whatever is within me that can be called human.

The shredding of my government permission-to-exist documents is offered as a prayer that the government of the United States — perceived to be a criminal organization of incomprehensible scope — may be without bloodshed dissolved and abolished from this earth forever. 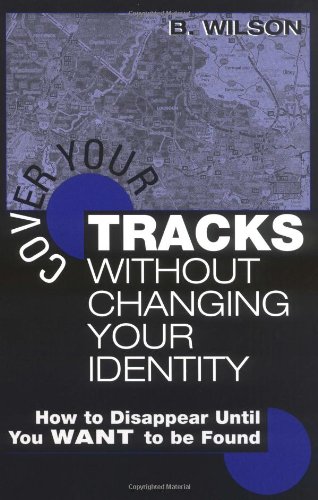 I no longer have a Government name; I have no country, no travel papers, no passport, and no Government identification. Under the law of every Government, I am an illegal human being. Against this arbitrary "illegality" I claim my right to exist as a free and sovereign individual.

What man — or group of men — can declare another to be "illegal?" Such men, who cannot give life, would yet take it, as lying murderers in God’s own temple. For Power, there is no tomorrow. There are no grandchildren. Of the good earth, there is none. There is only Power. Persons who aspire to this are degraded, deranged, diseased. We are insane to submit to rule by the depraved.

What shall be done with me?

On the one hand, the natural wish to live, to grow, to move about, to be free, to act as a man. On the other hand, in order to live in this manner with the ordinary amenities of livelihood, I am forced by taxation to finance the murder of children who have a sacred right to life — innocent small children who cannot conceive of the wish to harm me.

There comes a time when the abuses are so great, the mindless destruction so wanton, the suffering so stupidly unnecessary, that one must resist the Power of rulership with his life. I love Life too much to participate in its murder.

I bid you farewell, those who would remain in voluntary bondage. Go about your life peacefully, respecting yourself, all others, and the earth upon which we live. Remember that means is to end as seed is to tree. A violent means can never produce a good end. The truth shall set us free. My efforts shall not have been in vain. Right always overcomes might, even though I may not live to see the day.

Whatever happens to me, may you remember my message: Awaken from your slumber. Realize that Government depends upon your consent. You control yourself. You can withdraw your consent.

We must recover Respect — for life, and for each other. Civilizations that get off the Path of Respect do not last, because when a people get off the path, they also remove themselves from the circle of life.

My prayer is to love and to serve. From my heart I seek to act in a good way, in a sacred way, for the benefit of many, in support of life, that the seventh generation of children may yet live and be happy.

The "why" of what I do is put completely to rest by the statement, "I love." The final answer to any question about my actions is "I love." What is the value of human life — this is the real question.

The Best of Jeff Knaebel

Previous article by Jeff Knaebel: Gandhi vs. the Bailout

The Ratio of Propagandists to Real Economists Statue of Ex-Liberty