Whose Right Is It, Anyway?

Recently, the Shelby County Commission passed an ordinance that would make it illegal for employers and firms that contract with the county to discriminate against people based on sexual orientation. Unfortunately, the discussion got bogged down in questions about whether homosexuality is or is not moral. It was assumed that the government can intervene on behalf of favored groups in order to correct the perceived injustice of discrimination. The debate largely ignored the key issue, which is whether it is just, moral, and appropriate to use force to correct others’ wayward beliefs. Now that the dust has settled, we can ask about this.

As a consumer, I am free to indulge whatever preferences I’m willing to pay for, and if I am a bigot the objects of my ignorance have no legal claim against me. If I am biased against the race and religion of the proprietors of a local ethnic restaurant, I am free to shop elsewhere. I don’t have to eat at India Palace, El Porton, or Pho Saigon, and the owners of India Palace, El Porton, and Pho Saigon do not have the option to force me to patronize their businesses. 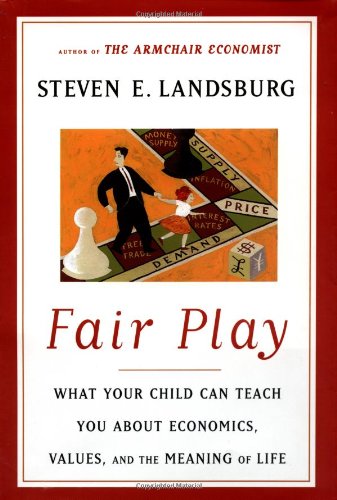 The legal right to prosecute thoughtcrime only works in one direction. Restaurants do not have the right to refuse me service if they disapprove of my race and religion. Something is amiss here. If I am a bigot, I am free to indulge my bigotry by refusing to trade my money for their goods and services. They do not have the same luxury: they cannot refuse to trade their goods and services for my money.

It has been said that "hard cases make bad law," and laws against discrimination are a perfect case in point. This is an issue where pragmatism must yield to principle. In his book Fair Play, economist Steven Landsburg states this eloquently in a passage on the importance of rights, tolerance, and pluralism (p. 92):

You and I disapprove of bigotry. But the private virtue of tolerance and the public virtue of pluralism require us to countenance things we do not approve. Tolerance means accepting the fact that other people’s values might be very different than your own. Pluralism means eschewing the use of political power as a means for ‘correcting’ those values.

The idea of tolerating intolerance sounds suspiciously paradoxical, but so do a lot of other good ideas – like freedom of speech for advocates of censorship. In fact, freedom of speech has a lot in common with tolerance: Neither of them means a thing unless it applies equally to those we applaud and those who offend us most viscerally. Calling on government to purify others’ hearts and minds opens Pandora’s box, pushes us farther down a very slippery slope, and invites all sorts of other hackneyed clichs. I hope that people find discrimination on the basis of race, religion, sexual orientation, physical "handicaps," and other arbitrary criteria morally repugnant. I do. However, my disapproval of another’s attitude does not give me the right to use force to correct their erroneous ways. Indeed, it may backfire. From what I have observed, the conflagration surrounding the antidiscrimination ordinance has reinforced "us versus them" mentalities around Shelby County.

The originally appeared on Mises.org.

The Best of Art Carden

Mt. Rushmore Myth All the Collateral That's Fit To Print