Let It Cut Both Ways: US Foreign Aid and State-Sponsored Terrorism

Recently by Sibel Edmonds: The Not So Gradual Degradation of aNation

In June 2010 our rights and liberties suffered a major setback. The United States Supreme Court upheld the broad application of a federal law making it a crime to provide “material support” to designated “foreign terrorist organizations” (FTOs). Under this law individuals face up to 15 years in prison for providing “material support” to FTOs, even if their work is intended to promote peaceful, lawful objectives. “Material support” is defined to include any “service,” “training,” “expert advice or assistance” or “personnel.” This setback should cut both ways, that is, if we had a bit more application of justice and a tad less of hypocrisy, and of course, far more straightforward information delivery. What do I mean by having this setback cut both ways? Terrorism is not limited to individual(s), groups, organizations; it includes nation states. A bunch of ego-driven scholars or a few anal-retentive political analysts may want to split hairs as to whether or not "state sponsored terrorism" constitutes terrorism, but hey, since 2002 their elected presidents have been accusing nations of being terrorists or axis of evil, and for this, for now, I am going to go with that.

State terrorism refers to acts of terrorism conducted by a state against a foreign state or people. It can also refer to widespread acts of violence by a state against its own people. Based on this definition and based on what the puppet court recently ruled on what constitutes "material support" to terrorism, our government, those who have sanctioned US Foreign Aid to dictators inflicting violence against their own people, should be brought to trial. I am talking about Egypt. I am talking about Uzbekistan. I am talking about Jordan, Turkmenistan, Kazakhstan, Pakistan, Israel …To be more accurate, I am talking about Billions of dollars being continuously provided to dictators for half a century who in turn are terrorizing their own people. Egypt and where our tax dollars, US Foreign Aid, went is only one example. All you have to do is line check dozens of our foreign aid recipients against their established human rights (terrorism) record. Here are examples:

In September 2008, the U.S. and Jordanian governments reached an agreement whereby the United States will provide a total of $660 million in annual foreign assistance to Jordan over a 5-year period.

Then, check the dictator's record in Jordan:

Domestic and international NGOs reported cases of arbitrary deprivation of life, torture, poor prison conditions, impunity, arbitrary arrest and denial of due process through administrative detention, prolonged detention, and external interference in judicial decisions. Citizens continued to describe infringements on their privacy rights. Restrictive legislation and regulations limited freedom of speech and press, and government interference in the media and threats of fines and detention led to self-censorship, according to journalists and human rights organizations. The government also continued to restrict freedoms of assembly and association.

Shouldn't the persons in our government who have sanctioned and provided financial and material support to the dictators of these terrorist regimes who've been terrorizing their people be held liable?

Do I hear a whisper in the background…those who are saying,

"Well, the terror practices of those dictators do not inflict or in any way affect our people here in the United States, thus, the criminal liability does not apply to our government officials who've been providing material and financial support to those state terrorists. The victims are not Americans." 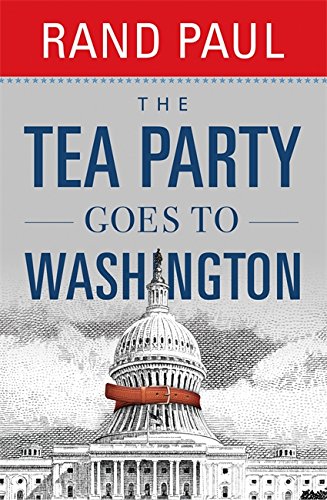 Let me respond to this point: Actually, yes, Americans do fall victims to terrorism practiced by these dictators which is made possible by our government's material and financial support. Here is a fairly sound analysis published in 2008 at Terrorism Monitor

A great deal of debate surrounds the factors driving the brand of radical Islam in the Middle East that inspires some individuals to commit acts of violence. A recurring theme in extremist discourse is opposition to incumbent authoritarian regimes in the Middle East. For radical Islamist groups such as al-Qaeda, unwavering U.S. support for the autocracies that rule Egypt, Jordan, Saudi Arabia and elsewhere in the region tops a list of grievances toward what amounts to pillars of U.S. foreign policy in the region. In addition to al-Qaeda, however, most Muslims in the Middle East also see these regimes as oppressive, corrupt and illegitimate. Authoritarian regimes in the region are also widely viewed as compliant agents of a U.S.-led neo-colonial order as opposed to being accountable to their own people.

And here is a real life example they present:

There is ample evidence that a number of prominent militants – including al-Qaeda deputy commander Dr. Ayman al-Zawahiri and the late al-Qaeda in Iraq leader Abu Musab al-Zarqawi – endured systematic torture at the hands of the Egyptian and Jordanian authorities, respectively (see Terrorism Monitor, May 4, 2006). Many observers believe that their turn toward extreme radicalism represented as much an attempt to exact revenge against their tormentors and, by extension, the United States, as it was about fulfilling an ideology. Those who knew Zawahiri and can relate to his experience believe that his behavior today is greatly influenced by his pursuit of personal redemption to compensate for divulging information about his associates after breaking down amid brutal torture sessions during his imprisonment in the early 1980s [3]. For radical Islamists and their sympathizers, U.S. economic, military, and diplomatic support for regimes that engage in this kind of activity against their own citizens vindicates al-Qaeda's claims of the existence of a U.S.-led plot to attack Muslims and undermine Islam. In al-Qaeda's view, these circumstances require that Muslims organize and take up arms in self-defense against the United States and its allies in the region.

Brutal and humiliating forms of torture are common instruments of control and coercion by the security services in police states intent on rooting out all forms of dissent. Previously the domain of human rights activists, researchers investigating the many pathways toward radicalization in the Middle East are increasingly considering the impact of torture and other abuses at the hands of the state during periods of incarceration in an effort to better understand the psychology of the radicalization process. Many researchers see these kinds of experiences as formative in the path toward violent radicalization.

The around the clock US media's coverage of the uprising in Egypt and its domino effect in the region is more and more resembling the Hollywood-esque performance delivered to us during the Iraq war. Remember "Operation Shock & Awe"? Very similar.

Think-Tank experts are popping up at the rate of eight per hour; never mind their agenda-driven foundations and bosses. Academic experts thirsty to dump their 24 letter-per-word academic jargon cache are competing with each other in making Americans dizzier and more confused; never mind their ego-driven hypothesis-based nonsense rarely put to use in real life. A few are talking about "this" as a real opportunity for "that" part of the world to take hold of their destiny and make their dream of change come true. However, not many, if any, are talking about "this" being a good opportunity for "our" part of the world to grasp what has been exercised in "that" part of the world on our behalf, in our name, and with our money. By talk I mean "straight" talk: free of all the agenda, twists, denials, jargons, mischaracterizations and misinterpretations. If their intentions were noble, these analysts and experts, we'd get the plain truth (however painful or ego-bruising that may be) minus the bull sh..

Let me illustrate what I mean, and please chip in with your straight talk to make this a real straight forward discussion. Let's talk about US Foreign Aid, and I'll try to make it brief ("they" may try to persuade you otherwise but trust me, it is not that complicated).

The majority of our people have this romantic notion of what's called "US Foreign Aid." When they hear "US Foreign Aid," they picture hungry naked children with ribs showing, and bowls of Corn Flakes delivered to them by angelic faced men and women wearing bright colored t-shirts with the "US Department of State" logo.

When they read the phrase "US Foreign Aid," they envision groups of American men and women with rolled up sleeves hammering away: building bridges, digging wells, paving roads…Helping poor nations put infrastructure in place or fight diseases… images similar to what they may have seen in posters and advertisements for volunteer organizations such as the Peace Corp.

When they think of "US Foreign Aid," they imagine money, their tax dollars, being sent to desperate and needy nations to purchase primary survival ingredients, or, to help with their primary Education… Basically, many Americans think of "US Foreign Aid" as noble intentions and actions made possible by their tax dollars and delivered by their government to help the needy in some unfortunate part of the world.

Believing this false notion has been made easy for our people, thanks to our government, media, and fairytale books subscribed to by many academicians. And let's admit it, believing this makes people feel good; real good. This unfounded notion of being the good guys makes people feel proud and patriotic, and more importantly, more nationalistic, even more importantly, more governable. This false belief even satisfies our religious and spiritual sides; we, the altruistic Americans, who help the world.

See, those kinds of questions would mess up this entire romantic notion of "US Foreign Aid" held by the majority, and that in turn would put our government in the position of having to explain and present the public with some very basic justification.

Then, there are other questions; the kind that require a little bit higher level of attention, critical thinking, and of course, the ever absent information withheld by the culprit US media. The questions of: Who gets those tax dollars? Why? Who benefits? Why?

Remember, unlike our irate minority group over here, the majority is clueless when it comes to: where is Turkmenistan, and who gets our tax dollars, aka "US Foreign Aid" there? How was our $60 billion aid spent in Egypt? How come Israel gets all these billions every year, when we are pondering about the rising poverty rate in the US and many without healthcare? Why are we bombing Pakistan every day, sending drones after drones to hit them, and then, turning around and giving them billions of dollars every year?

So, with a little bit of common sense and a dash of inquisitiveness we can get the majority to start questioning this entire notion of "US Foreign Aid." Now imagine the opportunity for some badly needed positive changes here in our country if we had a real media who presented real facts in a straight forward fashion, taking our majority to the next level of consciousness?

Reprinted with permission from BoilingFrogsPost.com.

Sibel Edmonds is the founder and president of the National Security Whistleblowers Coalition (NSWBC), a nonprofit organization dedicated to aiding national security whistleblowers. She has appeared on national radio and TV as a commentator on matters related to whistleblowers, national security, and excessive secrecy & classification, and has been featured on CBS 60 Minutes, CNN, MSNBC, NPR, and in the New York Times, Washington Post, Vanity Fair, The American Conservative, and others. Her book, Shooting the Messenger, co-authored with Professor William Weaver, is forthcoming from Kansas University Press in the fall of 2010.

The Best of Sibel Edmonds

Sibel Edmonds is the Publisher & Editor of Boiling Frogs Post and the author of the Memoir Classified Woman: The Sibel Edmonds Story. She is the recipient of the 2006 PEN Newman’s Own First Amendment Award for her “commitment to preserving the free flow of information in the United States in a time of growing international isolation and increasing government secrecy” Ms. Edmonds has a MA in Public Policy and International Commerce from George Mason University, a BA in Criminal Justice and Psychology from George Washington University.

Previous article by Sibel Edmonds: The Not So Gradual Degradation of a Nation