This article appeared in The Free Market, September 1994.

In recent years, Americans have been subjected to a concerted assault upon their national symbols, holidays, and anniversaries. Washington’s Birthday has been forgotten, and Christopher Columbus has been denigrated as an evil Euro-White male, while new and obscure anniversary celebrations have been foisted upon us. New heroes have been manufactured to represent “oppressed groups” and paraded before us for our titillation.

There is nothing wrong, however, with the process of uncovering important and buried facts about our past. In particular, there is one widespread group of the oppressed that are still and increasingly denigrated and scorned: the hapless American taxpayer.

This year is the bicentenary of an important American event: the rising up of American taxpayers to refuse payment of a hated tax: in this case, an excise tax on whiskey. The Whiskey Rebellion has long been known to historians, but recent studies have shown that its true nature and importance have been distorted by friend and foe alike.

The Official View of the Whiskey Rebellion is that four counties of western Pennsylvania refused to pay an excise tax on whiskey that had been levied by proposal of the Secretary of Treasury Alexander Hamilton in the Spring of 1791, as part of his excise tax proposal for federal assumption of the public debts of the several states.

Western Pennsylvanians failed to pay the tax, this view says, until protests, demonstrations, and some roughing up of tax collectors in western Pennsylvania caused President Washington to call up a 13,000-man army in the summer and fall of 1794 to suppress the insurrection. A localized but dramatic challenge to federal tax-levying authority had been met and defeated. The forces of federal law and order were safe.

This Official View turns out to be dead wrong. In the first place, we must realize the depth of hatred of Americans for what was called “internal taxation” (in contrast to an “external tax” such as a tariff). Internal taxes meant that the hated tax man would be in your face and on your property, searching, examining your records and your life, and looting and destroying.

The most hated tax imposed by the British had been the Stamp Tax of 1765, on all internal documents and transactions; if the British had kept this detested tax, the American Revolution would have occurred a decade earlier, and enjoyed far greater support than it eventually received.

Americans, furthermore, had inherited hatred of the excise tax from the British opposition; for two centuries, excise taxes in Britain, in particular the hated tax on cider, had provoked riots and demonstrations upholding the slogan, “liberty, property, and no excise!” To the average American, the federal government’s assumption of the power to impose excise taxes did not look very different from the levies of the British crown. 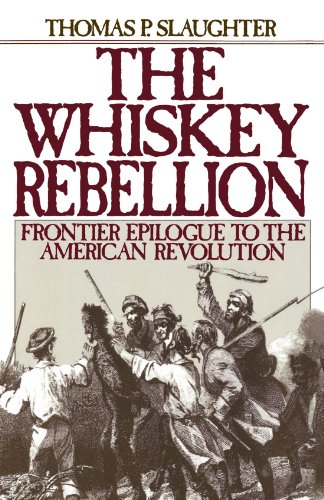 The main distortion of the Official View of the Whiskey Rebellion was its alleged confinement to four counties of western Pennsylvania. From recent research, we now know that no one paid the tax on whiskey throughout the American “back-country”: that is, the frontier areas of Maryland, Virginia, North and South Carolina, Georgia, and the entire state of Kentucky.

President Washington and Secretary Hamilton chose to make a fuss about Western Pennsylvania precisely because in that region there was a cadre of wealthy officials who were willing to collect taxes. Such a cadre did not even exist in the other areas of the American frontier; there was no fuss or violence against tax collectors in Kentucky and the rest of the back-country because there was no one willing to be a tax collector.

The whiskey tax was particularly hated in the back-country because whisky production and distilling were widespread; whiskey was not only a home product for most farmers, it was often used as a money, as a medium of exchange for transactions. Furthermore, in keeping with Hamilton’s program, the tax bore more heavily on the smaller distilleries. As a result, many large distilleries supported the tax as a means of crippling their smaller and more numerous competitors.

Western Pennsylvania, then, was only the tip of the iceberg. The point is that, in all the other back-country areas, the whiskey tax was never paid. Opposition to the federal excise tax program was one of the causes of the emerging Democrat-Republican Party, and of the Jeffersonian “Revolution” of 1800. Indeed, one of the accomplishments of the first Jefferson term as president was to repeal the entire Federalist excise tax program. In Kentucky, whiskey tax delinquents only paid up when it was clear that the tax itself was going to be repealed. 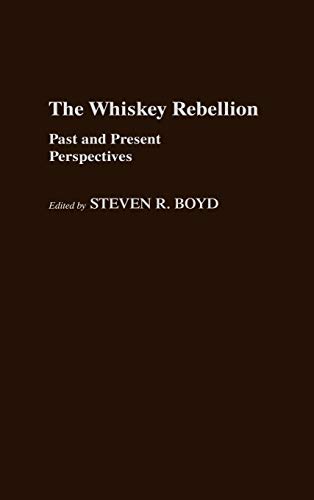 Rather than the whiskey tax rebellion being localized and swiftly put down, the true story turns out to be very different. The entire American back-country was gripped by a non-violent, civil disobedient refusal to pay the hated tax on whiskey. No local juries could be found to convict tax delinquents. The Whiskey Rebellion was actually widespread and successful, for it eventually forced the federal government to repeal the excise tax.

Except during the War of 1812, the federal government never again dared to impose an internal excise tax, until the North transformed the American Constitution by centralizing the nation during the War Between the States. One of the evil fruits of this war was the permanent federal “sin” tax on liquor and tobacco, to say nothing of the federal income tax, an abomination and a tyranny even more oppressive than an excise.

Why didn’t previous historians know about this widespread non-violent rebellion? Because both sides engaged in an “open conspiracy” to cover up the facts. Obviously, the rebels didn’t want to call a lot of attention to their being in a state of illegality.

Washington, Hamilton, and the Cabinet covered up the extent of the revolution because they didn’t want to advertise the extent of their failure. They knew very well that if they tried to enforce, or send an army into, the rest of the back-country, they would have failed. Kentucky and perhaps the other areas would have seceded from the Union then and there. Both contemporary sides were happy to cover up the truth, and historians fell for the deception.

The Whiskey Rebellion, then, considered properly, was a victory for liberty and property rather than for federal taxation. Perhaps this lesson will inspire a later generation of American taxpayers who are so harried and downtrodden as to make the whiskey or stamp taxes of old seem like Paradise.

Note: Those interested in the Whiskey Rebellion should consult Thomas P. Slaughter, The Whiskey Rebellion (New York: Oxford University Press, 1986); and Steven R. Boyd, ed., The Whiskey Rebellion (Westport, CT: Greenwood Press, 1985). Professor Slaughter notes that some of the opponents of the Hamilton excise in Congress charged that the tax would “let loose a swarm of harpies who, under the denominations of revenue offices, will range through the country, prying into every man’s house and affairs, and like Macedonia phalanx bear down all before them.” Soon, the opposition predicted, “the time will come when a shirt will not be washed without an excise.”