The Tyranny of Government Courts and Prisons

Compulsory labor permeates our legal and judicial structure. Thus, much-venerated judicial procedure rests upon coerced testimony. Since it is axiomatic to libertarianism that all coercion – in this case, all coerced labor – against everyone except convicted criminals be eliminated, this means that compulsory testimony must be abolished as well. In recent years, it is true, the courts have been alive to the Fifth Amendment protection that no alleged criminal be forced to testify against himself – to provide the material for his own conviction. The legislatures have been significantly weakening this protection by passing immunity laws, offering immunity from prosecution if someone will testify against his fellows – and, furthermore, compelling the witness to accept the offer and testify against his associates. But compelling testimony from anyone for any reason is forced labor – and, furthermore, is akin to kidnapping, since the person is forced to appear at the hearing or trial and is then forced to perform the labor of giving testimony. The problem is not only the recent immunity laws; the problem is to eliminate all coerced testimony, including the universal subpoenaing of witnesses to a crime, and then forcing them to testify. In the case of witnesses, there is no question whatever of their being guilty of a crime, so the use of compulsion against them – a use that no one has questioned until now – has even less justification than compelling testimony from accused criminals.

In fact, the entire power to subpoena should be abolished, because the subpoena power compels attendance at a trial. Even the accused criminal or tortfeasor should not be forced to attend his own trial, since he has not yet been convicted. If he is indeed – according to the excellent and libertarian principle of Anglo-Saxon law – innocent until proven guilty, then the courts have no right to compel the defendant to attend his trial. For remember, the only exemption to the Thirteenth Amendment’s prohibition of involuntary servitude is "except as a punishment for crime whereof the party shall have been duly convicted." An accused party has not yet been convicted. The most the court should be able to do, then, is to notify the defendant that he is going to be tried, and invite him or his lawyer to attend; otherwise, if they choose not to, the trial will proceed in absentia. Then, of course, the defendant will not enjoy the best presentation of his case.

Both the Thirteenth Amendment and the libertarian creed make the exception for the convicted criminal. The libertarian believes that a criminal loses his rights to the extent that he has aggressed upon the rights of another, and therefore that it is permissible to incarcerate the convicted criminal and subject him to involuntary servitude to that degree. In the libertarian world, however, the purpose of imprisonment and punishment will undoubtedly be different; there will be no "district attorney" who presumes to try a case on behalf of a nonexistent "society," and then punishes the criminal on "society’s" behalf. In that world the prosecutor will always represent the individual victim, and punishment will be exacted to redound to the benefit of that victim. Thus, a crucial focus of punishment will be to force the criminal to repay – make restitution to – the victim. One such model was a practice in colonial America. Instead of incarcerating, say, a man who had robbed a farmer in the district, the criminal was coercively indentured out to the farmer – in effect, "enslaved" for a term – there to work for the farmer until his debt was repaid. Indeed, during the Middle Ages, restitution to the victim was the dominant concept of punishment. Only as the State grew more powerful did the governmental authorities – the kings and the barons – encroach more and more into the compensation process, increasingly confiscating more of the criminal’s property for themselves and neglecting the hapless victim. And as the emphasis shifted from restitution to punishment for abstract crimes "committed against the State," the punishments exacted by the State upon the wrongdoer became more severe.

As Professor Schafer writes, "As the state monopolized the institution of punishment, so the rights of the injured were slowly separated from penal law." Or, in the words of the turn-of-the-century criminologist William Tallack,

It was chiefly owing to the violent greed of feudal barons and medieval ecclesiastical powers that the rights of the injured party were gradually infringed upon, and finally, to a large extent, appropriated by these authorities, who exacted a double vengeance, indeed, upon the offender, by forfeiting his property to themselves instead of to his victim, and then punishing him by the dungeon, the torture, the stake or the gibbet. But the original victim of wrong was practically ignored.[1]

At any rate, while the libertarian does not object to prisons per se, he does balk at several practices common to the present judicial and penal system. One is the lengthy jail term imposed upon the defendant while awaiting trial. The constitutional right to a "speedy trial" is not arbitrary but a way of minimizing the length of involuntary servitude before conviction for a crime. In fact, except in those cases where the criminal has been caught red-handed and where a certain presumption of guilt therefore exists, it is impossible to justify any imprisonment before conviction, let alone before trial. And even when someone is caught red-handed, there is an important reform that needs to be instituted to keep the system honest: subjecting the police and the other authorities to the same law as everyone else. As will be discussed further below, if everyone is supposed to be subject to the same criminal law, then exempting the authorities from that law gives them a legal license to commit continual aggression. The policeman who apprehends a criminal and arrests him, and the judicial and penal authorities who incarcerate him before trial and conviction – all should be subject to the universal law. In short, if they have committed an error and the defendant turns out to be innocent, then these authorities should be subjected to the same penalties as anyone else who kidnaps and incarcerates an innocent man. Immunity in pursuit of their trade should no more serve as an excuse than Lieutenant Calley was excused for committing atrocities at My Lai in the course of the Vietnam war.[2]

The granting of bail is a halfhearted attempt to ease the problem of incarceration before trial, but it is clear that the practice of bail discriminates against the poor. The discrimination persists even though the rise of the business of bail-bonding has permitted many more people to raise bail. The rebuttal that the courts are clogged with cases and therefore cannot grant a speedy trial is, of course, no defense of the system; on the contrary, this built-in inefficiency is an excellent argument for the abolition of government courts.

Furthermore, the setting of bail is arbitrarily in the hands of the judge, who has excessive and little-checked power to incarcerate people before they are convicted. This is particularly menacing in the case of citations for contempt of court, because judges have almost unlimited power to slap someone into prison, after the judge himself has acted as a one-man prosecutor, judge, and jury in accusing, "convicting," and sentencing the culprit completely free from the ordinary rules of evidence and trial, and in violation of the fundamental legal principle of not being a judge in one’s own case. 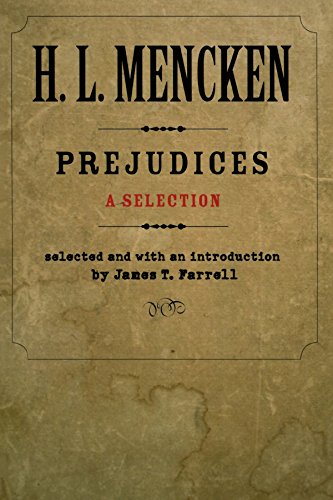 Finally, there is another cornerstone of the judicial system which has unaccountably gone unchallenged, even by libertarians, for far too long. This is compulsory jury service. There is little difference in kind, though obviously a great difference in degree, between compulsory jury duty and conscription: both are enslavement, both compel the individual to perform tasks on the State’s behalf and at the State’s bidding. And both are a function of pay at slave wages. Just as the shortage of voluntary enlistees in the army is a function of a pay scale far below the market wage, so the abysmally low pay for jury service insures that, even if jury "enlistments" were possible, not many would be forthcoming. Furthermore, not only are jurors coerced into attending and serving on juries, but sometimes they are locked behind closed doors for many weeks, and prohibited from reading newspapers. What is this but prison and involuntary servitude for noncriminals?

It will be objected that jury service is a highly important civic function, and insures a fair trial which a defendant may not obtain from the judge, especially since the judge is part of the State system and therefore liable to be partial to the prosecutor’s case. Very true, but precisely because the service is so vital, it is particularly important that it be performed by people who do it gladly, and voluntarily. Have we forgotten that free labor is happier and more efficient than slave labor? The abolition of jury-slavery should be a vital plank in any libertarian platform. The judges are not conscripted; neither are the opposing lawyers; and neither should the jurors be.

It is perhaps not a coincidence that, throughout the United States, lawyers are everywhere exempt from jury service. Since it is almost always lawyers who write the laws, can we detect class legislation and class privilege at work?

[2] For a hilarious critique of the immunities of the arresting and penal authorities, see H.L. Mencken, "The Nature of Liberty," Prejudices: A Selection (New York: Vintage Books, 1958), pp. 138–43.

Previous article by Murray N. Rothbard: Catogate: Who's the Mole (Or Moles) at Cato?

Weighing the Buchanan factors; Ideals for the heartland Catogate: Who's the Mole (Or Moles) at Cato?