The Scottish Enlightenment and Presbyterianism

Excerpted from An Austrian Perspective on the History of Economic Thought, vol. 1, Economic Thought Before Adam Smith (1995). An MP3 audio file of this article, read by Jeff Riggenbach, is available for download.

The Enlightenment was a general movement in European thought in the 18th century that stressed the power of human reason to discern truth. Generally, it was dedicated to natural law and natural rights, although in the later years of the century it began to shade off into utilitarianism. While scholasticism was compatible with an emphasis on natural law and natural rights, it was generally discarded and reviled as ignorant "superstition," along with revealed religion. In religion, therefore, Enlightenment thinkers tended to discard Christianity, attack the Christian Church, and adopt skepticism, deism, or even atheism.

In this atmosphere corrosive of Christian faith and values, it is remarkable that the Scottish Enlightenment was linked very closely with the Presbyterian Church. How did this happen? How did a Scottish kirk that, in the 16th century under the aegis of John Knox, had been fiery and militant, become softened into a church that welcomed the Enlightenment, i.e., natural law, reason, and latitudinarian if not skeptical Christianity? 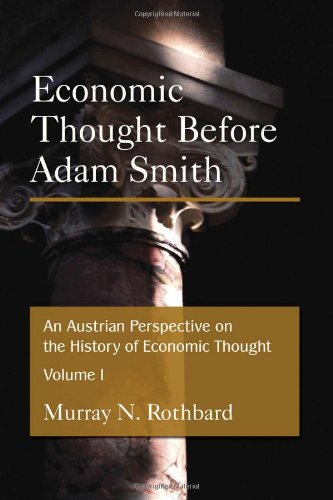 The answer is that in the two centuries since John Knox the hard-nosed Calvinist faith had weakened in Scotland. In particular, after 1752, a powerful group of moderate Presbyterian clergy was able to take over and dominate the Church of Scotland, the established church which, since the union of Scotland and England in 1707, had been established by the British Crown even though it was Presbyterian rather than Anglican, as was the Church of England. (So bitter were the Anglican priests in Scotland at the governmental establishment of Presbyterianism that they, as well as the Roman Catholics, formed the backbone of the Jacobite rebels dedicated to the restoration of the Stuart monarchy in Great Britain.) Bitterly opposed to the moderates was the evangelical party, that is, clergy true to the basic Calvinist faith. The well-connected and highly educated moderates, strong in the lowland areas of Edinburgh and Glasgow, and on the east coast up to Aberdeen, were able to form the dominant power elite in the Church of Scotland after the 1750s, even though they represented a minority of the local kirks.

The moderates, embodying a soft and latitudinarian theological outlook, were intimately connected with the Edinburgh and Glasgow intellectuals who constituted the Scottish Enlightenment. Most of their tactics were planned in meetings in Edinburgh taverns. The dominant figure among the moderates was the Rev. William Robertson (1721–1793), an incessant talker and indefatigable organizer who led the moderates after their formation in 1752, and who became the moderator, or head, of the general assembly of the Church of Scotland from 1766 to 1780. In 1762, furthermore, Robertson became the principal of the University of Edinburgh, and it was his leadership and administration that vaulted Edinburgh into the front ranks of European universities. Robertson was also the founder and leading light of various learned societies, which brought together weekly, for papers, discussion, and socializing, the leading figures of the Scottish Enlightenment, including university professors, lawyers, and the major figures of the moderate clergy.

Thus, Robertson founded the Select Society of Edinburgh in 1750. Prominent during the 1750s, the Select Society met weekly and included in its ranks such university figures as Robertson, David Hume, Adam Ferguson and Adam Smith, classical liberal lawyers such as Henry Home (Lord Kames) and Alexander Wedderburn (later Lord Chancellor of Great Britain), and such youthful but prominent moderate clergy as Robertson, Alexander ("Jupiter") Carlyle, Robert Wallace, Hugh Blair, John Home, and John Jardine. Carlyle was a charismatic figure as well as a heavy drinker, as many moderate clergymen were in that era; Wallace was in charge of Church of Scotland patronage, as well as being royal chaplain. Wallace, in his private papers, favored illicit sex almost to the point of promiscuity, quickly warning that the activity would have to be kept hidden. Blair, in addition to his duties in the clergy, was professor of rhetoric at the University of Edinburgh. Jardine was a shrewd politician, whose daughter married the son of Lord Kames who in turn was a cousin of David Hume. John Home was a moderate clergyman and secretary to Lord Bute, close friend of David Hume, and a playwright – an activity that in itself was a matter of deep suspicion to the dour, fundamentalist evangelical clergy. Thus, Home wrote a play, Douglas, in 1756, which was put on with many top leaders of the moderate Enlightenment acting in the play, including the Rev. Robertson, Alexander Carlyle, David Hume, Hugh Blair, and the Rev. Adam Ferguson, professor of moral philosophy at the University of Edinburgh.

The lax views of the moderates were under constant attack from the evangelical forces. Particular targets were Lord Kames and especially the philosopher David Hume, who was almost excommunicated for heresy by the general assembly of the Church of Scotland, but was saved by his powerful moderate friends. Even his moderate university connections, however, could not gain for Hume any post in a Scottish university, so great was the enmity of the Presbyterian evangelicals.

It should be noted that one of the key leaders of the moderate party was none other than Francis Hutcheson. Thus, the Enlightenment intellectuals, philosophers, and economists of 18th-century Scotland were intimately connected with the fortunes and the institutions of the establishment moderate wing of the Church of Scotland.

Hutcheson, Hume, and Smith, then, while scarcely orthodox Calvinists, were dedicated Presbyterians according to their own lights, and hence their rationalism and theological laxity were nevertheless infused from time to time with hard-nosed Presbyterian values.