One of Ludwig von Mises’s keenest insights was on the cumulative tendency of government intervention. The government, in its wisdom, perceives a problem (and Lord knows, there are always problems!). The government then intervenes to "solve" that problem. But lo and behold! instead of solving the initial problem, the intervention creates two or three further problems, which the government feels it must intervene to heal, and so on toward socialism.

No industry provides a more dramatic illustration of this malignant process than medical care. We stand at the seemingly inexorable brink of fully socialized medicine, or what is euphemistically called "national health insurance." Physician and hospital prices are high and are always rising rapidly, far beyond general inflation. As a result, the medically uninsured can scarcely pay at all, so that those who are not certifiable claimants for charity or Medicaid are bereft. Hence, the call for national health insurance.

But why are rates high and increasing rapidly? The answer is the very existence of healthcare insurance, which was established or subsidized or promoted by the government to help ease the previous burden of medical care. Medicare, Blue Cross, etc., are also very peculiar forms of "insurance." 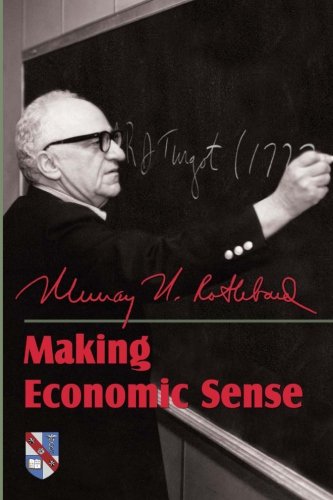 If your house burns down and you have fire insurance, you receive (if you can pry the money loose from your friendly insurance company) a compensating fixed money benefit. For this privilege, you pay in advance a fixed annual premium. Only in our system of medical insurance does the government or Blue Cross pay, not a fixed sum, but whatever the doctor or hospital chooses to charge.

In economic terms, this means that the demand curve for physicians and hospitals can rise without limit. In short, in a form grotesquely different from Say’s Law, the suppliers can literally create their own demand through unlimited third-party payments to pick up the tab. If demand curves rise virtually without limit, so too do the prices of the service.

In order to stanch the flow of taxes or subsidies, in recent years the government and other third-party insurers have felt obliged to restrict somewhat the flow of goodies: by increasing deductibles, or by putting caps on Medicare payments. All this has been met by howls of anguish from medical customers who have come to think of unlimited third-party payments as some sort of divine right, and from physicians and hospitals who charge the government with "socialistic price controls" – for trying to stem its own largesse to the healthcare industry!

In addition to artificial raising of the demand curve, there is another deep flaw in the medical-insurance concept. Theft is theft, and fire is fire, so that fire or theft insurance is fairly clear-cut – the only problem being the "moral hazard" of insurees succumbing to the temptation of burning down their own unprofitable store or apartment house, or staging a fake theft, in order to collect the insurance.

"Medical care," however, is a vague and slippery concept. There is no way by which it can be measured or gauged or even defined. A "visit to a physician" can range all the way from a careful and lengthy investigation and discussion, and thoughtful advice, to a two-minute run-through with the doctor doing not much else than advising two aspirin and having the nurse write out the bill.

Moreover, there is no way to prevent a galloping moral hazard, as customers – their medical bills reduced to near-zero – decide to go to the doctor every week to have their blood pressure checked or their temperature taken. Hence, it is impossible, under third-party insurance, to prevent a gross decline in the quality of medical care, along with a severe shortage of the supply of such care in relation to the swelling demand.

Everyone old enough to remember the good old days of family physicians making house calls, spending a great deal of time with and getting to know the patient, and charging low fees to boot, is deeply and properly resentful of the current assembly-line care. But all too few understand the role of the much-beloved medical insurance itself in bringing about this sorry decline in quality, as well as the astronomical rise in prices.

But the roots of the current medical crisis go back much further than the 1950s and medical insurance. Government intervention into medicine began much earlier, with a watershed in 1910 when the much-celebrated Flexner Report changed the face of American medicine.

Abraham Flexner, an unemployed former owner of a prep school in Kentucky, and sporting neither a medical degree nor any other advanced degree, was commissioned by the Carnegie Foundation to write a study of American medical education. Flexner’s only qualification for this job was to be the brother of the powerful Dr. Simon Flexner, indeed a physician and head of the Rockefeller Institute for Medical Research. Flexner’s report was virtually written in advance by high officials of the American Medical Association, and its advice was quickly taken by every state in the Union.

The result: every medical school and hospital was subjected to licensing by the state, which would turn the power to appoint licensing boards over to the state AMA. The state was supposed to, and did, put out of business all medical schools that were proprietary and profit-making, that admitted blacks and women, and that did not specialize in orthodox, "allopathic" medicine: particularly homeopaths, who were then a substantial part of the medical profession, and a respectable alternative to orthodox allopathy.

Thus through the Flexner Report, the AMA was able to use government to cartelize the medical profession: to push the supply curve drastically to the left (literally half the medical schools in the country were put out of business by post-Flexner state governments), and thereby to raise medical and hospital prices and doctors’ incomes.

In all cases of cartels, the producers are able to replace consumers in their seats of power, and accordingly the medical establishment was now able to put competing therapies (e.g., homeopathy) out of business; to remove disliked competing groups from the supply of physicians (blacks, women, Jews); and to replace proprietary medical schools financed by student fees with university-based schools run by the faculty, and subsidized by foundations and wealthy donors.

When managers such as trustees take over from owners financed by customers (students of patients), the managers become governed by the perks they can achieve rather than by service of consumers. Hence: a skewing of the entire medical profession away from patient care to toward high-tech, high-capital investment in rare and glamorous diseases, which rebound far more to the prestige of the hospital and its medical staff than it is actually useful for the patient-consumers.

And so, our very real medical crisis has been the product of massive government intervention, state and federal, throughout the century; in particular, an artificial boosting of demand coupled with an artificial restriction of supply. The result has been accelerating high prices and deterioration of patient care. And next, socialized medicine could easily bring us to the vaunted medical status of the Soviet Union: everyone has the right to free medical care, but there is, in effect, no medicine and no care.

The Morality of Anarchy What Causes an Economic Depression?