When the Sugar Police Go Marching In

Recently by Karen De Coster: A Planet of ‘No Judgment’

Dr. Robert Lustig has been a formidable voice of reason, as a scientist, in explaining why sugar and high fructose corn syrup (HFCS) wreak havoc on the human body. He has correctly called HFCS a toxin because of how our livers are unable to process this government-subsidized monstrosity. Dr. Lustig is a Professor of Clinical Pediatrics, in the Division of Endocrinology at UC San Francisco — no small rank. Lustig also has had several collaborators on his many sugar and fructose studies, most of who have done remarkable work in fructose biochemistry, pediatrics, and other admirable fields.

This issue of toxic foods as a societal menace has been a dear topic of mine for many years because of the very obvious fact that a society whose food supply is built upon a foundation of processed, high-margin, phony foods, genetically modified foods protected by a patent system, and massive corn subsidies — all of which fuel an omnipotent, industrial food culture brought about by government intervention and policies that favor the corporate-socialist structure — is anything but the result of a free market. 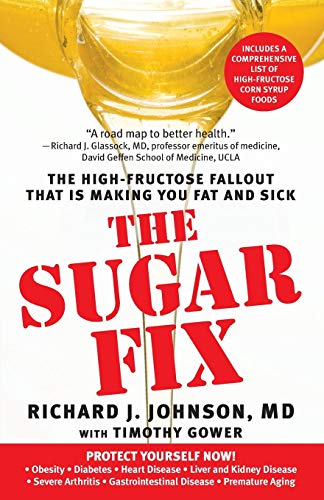 Unfortunately, this is a fact that so many bookish but buffoon libertarians still cannot grasp. The same government that puts policies into place that favor and prop up the industrial food machine is the same gaggle of authoritarian bullies that raid small farms, oppress small food producers, deter artisan food production, and stamp out personal food choices to ensure society's collective "safety." No small feat, but then again, when you have a monopoly on violence under the pretense of government by the people and for the people, folks tend to think that whatever the ends, the means to such ends must surely be filled with good intentions.

In his recent presentation called “How to Have a Sweet Ending” at the UCSF Center for Obesity, Assessment, Study and Treatment, Dr. Lustig presents his ideas for social interventions to reduce sugar consumption. Lustig is an admitted prohibitionist who says that since educational efforts have failed to reduce sugar use, the U.S. government must intervene and force behavior changes upon the citizenry. He believes that a massive policy of taxation, regulation, and interdiction, at both a societal and an individual level, is necessary to force the reduction of sugar consumption. He has, in fact, called for a global policy to eradicate sugar addiction. Is this the new One World Anti-Sugar Order? He believes that if enough people get sick — from obesity, vitamin deficiencies, AIDS, etc. — an issue of personal responsibility rises to the level of a public health issue, and that necessitates a totalitarian campaign on the part of government and its agencies to intervene and radically alter behavior via force.

This is the same mentality that shaped the FDA's recent power grab known as the Food Safety Modernization Act (HR 2759) which will allow the feds to assume arbitrary powers that extend over any individuals who manufacture, process, pack, distribute, receive, hold, import, or grow food. Lustig is not calling for a few misplaced laws, here and there, to protect you from yourself. Rather, he is trying to justify a global crusade against freedom of food choice on the basis that "our toxic environment cannot be changed without government/societal intervention."