If you are like me, you cringe when you open a cookbook and flip through the recipes only to see an ingredient list a mile long. And then you glance at the preparation steps that are the equivalent of a long essay. For busy folks, this can be mentally defeating to the point of having no further interest in any recipe, in spite of the tempting photos. 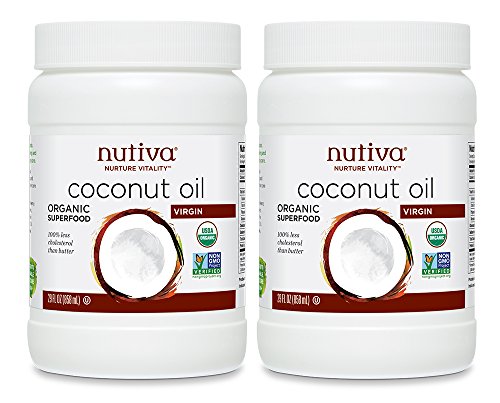 A wonderful new cookbook has just hit the stands, and it rejects that nonsense in favor of offering up painless prescriptions for individuals who wish to shun the convenience in a box or bag, and control what feeds their bodies, Paleo Comfort Foods: Homestyle Cooking in a Gluten-Free Kitchen, which is available at Amazon now.

I received a review copy from the authors, Julie and Charles Mayfield, because I have a desire to bring to folks any tools that can assist them in their journey from the SAD (Standard American Diet) toward a real-food lifestyle that offers them long-term health and the joy of being self-sufficient in the kitchen. This book is a marvelous tool that will help individuals to deep-six the Lean Cuisine and Hot Pockets monstrosities and unleash their inner chef. 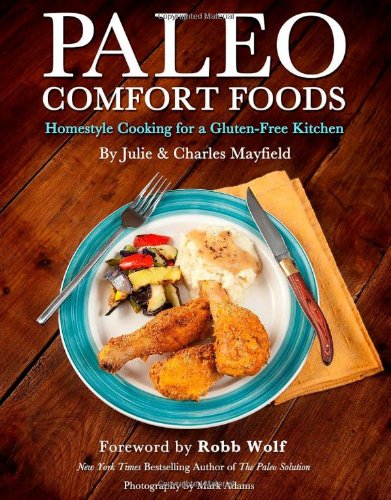 Upon receiving the book, I experienced some immediate skepticism — the book was very large and the short chapters at the front presented some very large type. As I thumbed through the early chapters, however, I noticed the colors and layout popped out at me in a pleasant sort of way. The type size calmed down for the actual recipes, and the larger size of the book even grew on me after a while. The book is easy to fling around in the kitchen as you are moving about and putting together your next remarkable meal. I also questioned the word “Comfort” in the title, that is, until I discovered, in the introduction, that there is some Southern influence behind this book. The Southernisms are a bonus, especially when you note some of the traditional, carb-loaded Southern foods mellowed out paleo-style for your health-nut lifestyle. The recipes for okra, collard greens, green fried tomatoes (using almond flour), and paleo grits are an indicator that the book is a wee bit different than your usual paleo cookbook. I have already made the collard greens recipe using my pastured bacon and ham hocks from a half hog I just welcomed into my freezer two weeks ago. A raging success!

My personal belief is that recipe books are a compilation of suggestions, and it is up to the reader to use the suggestions and build upon them through customization. The book’s introduction contains a confirmation of this when the authors state that:

This cookbook is not meant to be all things to all people. Rather, it is intended for those who want to expand their “real foods” cooking repertoire, learn a few bits here and there, and maybe get some creative ideas on adapting recipes to these frameworks. 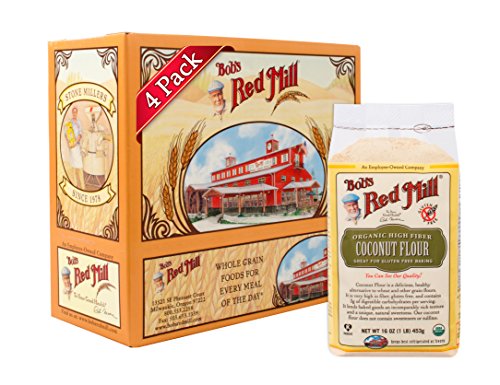 That is what this cookbook promises, and it succeeds. Not only is it an outstanding tool for expanding your catalog of food preparation ideas, but also, it is the perfect starter kit for the raw beginner who thinks he can’t cook and doesn’t know where to start. The book starts out with some real basic stuff for beginners — kitchen foods and cooking tools. A number of people write me often and tell me they have been relying on convenience foods for so long that they do not know where to start, what to get, and how to put things together. Since this is a cookbook that embraces a particular lifestyle — paleo or real food — it has the starter guide that many folks need and deserve to have in any cookbook.

On the other hand, this book is also a valuable resource for seasoned paleo and real-foodist pros, too. I am very creative and experimental in the kitchen, and this book only adds to my innovativeness. Many of the recipes, I find, are great to start from and customize to your own taste and desire. The authors include “Variations” with many of the recipes, and these are gentle reminders that there’s more than one way to skin a cat on any recipe in the book. Julie and Charles also include some “Tips & Tricks” and “Ingredient Notes” throughout the collection of recipes. 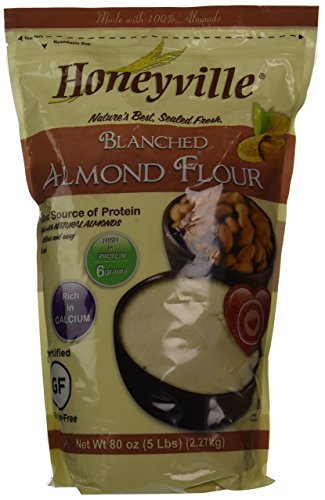 One point worth mentioning when reviewing any paleo cookbook is that the recipes reject the standard industrial oils, wheat, and the usual sweet frills. Instead, the recipes use items not found in the average American kitchen: nut oils, coconut oil, coconut milk, almond meal or almond flour, coconut butter, clarified butter (you can buy ghee), etc. The average person might need to buy a few staples of the paleo lifestyle to get going in the kitchen. Whole Foods and Amazon.com are good resources for this one-time shopping binge. 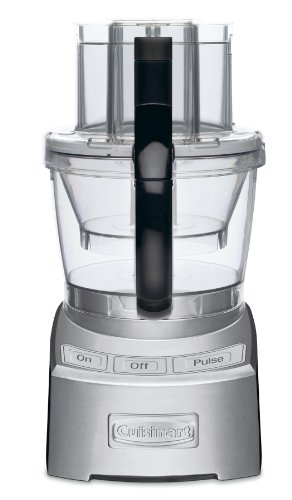 As one new to cooking, you might want to know — what is the single best thing about this cookbook? The answer is that there is a photo (or two) for every single recipe in the book. Yes, people are still publishing cookbooks without photos, which I find to be intolerable. As a creator of food on the suggestions of others, I want to work toward the visual that appears before me, even if I change up a few items to reflect my peculiar inclinations. Visual people want photos, especially if they are newbies to cooking with a lot of real foods, making stuff from scratch. The book’s photos are outstanding and tempted me to stick page markers on one-third of the recipe pages.

What is also notable is that Julie and Charles include recipes for some of my favorite paleo staples such as homemade mayonnaise, tarter sauce, and ketchup. Handcrafting these items with simple recipes allows you to avoid the high-fructose corn syrup and soybean oil typically found in the shelf version of these products. They also include recipes for stocks (chicken and crawfish) and sauces that can be used with various concoctions. The overall recipe coverage is there: starters and snacks, sauces and staples, soups and sales, side dishes, main dishes, and sugar-denying desserts.

Almost none of the recipes within this book are time-consuming or difficult, even for the newbie who swears he “can’t boil water.” This is easy stuff, folks, and I would not mislead you on that fact. Wheat-free pumpkin pancakes, fish tacos, peanut sauce, and meat-stuffed acorn squash — they can all be made in short time with minimal mess.

Furthermore, note that the paleo or real-food way is the opposite of a diet — it is a lifestyle that will allow you to rediscover real, nutritious food, with a smattering of resources at your disposal, with the most important being the roadmap, or cookbook, that will guide you toward developing accountability for your own long-term health outlook.

Be forewarned: buying this book will force you to invert the federal food pyramid and deny its authority while claiming the mantle of heresy.