I constantly reread The Federalist Papers, and every time I do my heart cracks a little. If only the Constitution worked the way Alexander Hamilton and James Madison promised it would!

In Federalist No. 53, Madison noted as a flaw in the British system that the British Constitution – the almost sacred fundamental law – could be changed by a simple legislative act of the Parliament. The Parliament therefore had the power to abolish the liberties of the people at any moment.

Herein lay, according to Madison, the superiority of our proposed Constitution. It was to be “a Constitution established by the people and unalterable by the government.” Today the federal government constantly alters the Constitution, making it what Thomas Jefferson feared: “a blank paper by construction [interpretation].”

Jefferson warned that the federal government must never be allowed to be the sole and final judge of its own powers, because it would construe those powers so broadly as to destroy all limits on them. Yet we now take for granted that the U.S. Supreme Court has the authority to decide what the Constitution means, though no such authority is given to it in the Constitution itself. 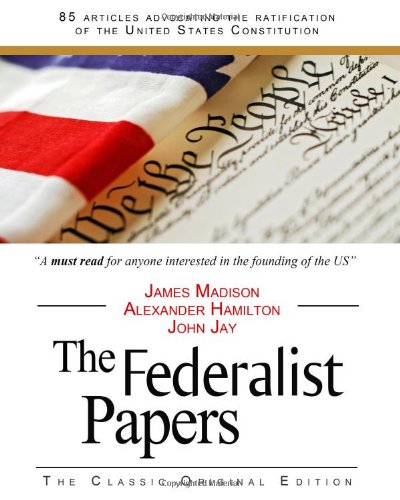 Most Americans know little about the Constitution, and much of what they know ain’t so. They “know” there are three branches of government, that each state has two U.S. senators, and that the Bill of Rights says something about freedom of speech; and they are content to let the Supreme Court fill in the blanks. And conservatives do little to correct this impression.

Altering the Constitution has become the daily business of the federal government the document is supposed to guide and limit. Both Congress and the judiciary assume, and exercise, countless powers they aren’t entitled to.

The most spectacular and controversial example of usurpation was the Court’s 1973 ruling that state abortion laws are unconstitutional. This plainly amounted to a veto of the will of the people in all 50 states.

The purpose of judicial review, as Hamilton explains it (in Federalist No. 78), is to prevent the legislative branch, meaning Congress, from violating the abiding will of the people as expressed in the Constitution. Otherwise, every legislative act would supersede the Constitution as “established by the people,” just as in Britain.

But the 1973 abortion decision was just the opposite of what Hamilton had in mind. It was a case of the judiciary imposing its own will on the people. Such an arbitrary interpretation of the Constitution (which of course says nothing about abortion) had never occurred to anyone in his right mind. The “right” to abortion was sheer fabrication.

Ah, but we are told that the Constitution is a “living document,” which means something different in every age. By implication, the government doesn’t alter the Constitution; nobody alters it. It alters itself!

By this pitiful sophistry the Court denies responsibility for its own impulsive alterations of the Constitution. It can’t admit that it struck down abortion laws just because it didn’t like them.

Opponents of the Constitution – especially the pseudonymous (and still unidentified) “Brutus” of New York – warned that this is exactly what the federal courts would do, since the Constitution had placed them “above control.” “Brutus” predicted that “the judges will be interested to extend the powers of the courts, and to construe the Constitution, as much as possible, in such a way as to favor it.” Arbitrary judicial rulings would gradually “diminish and destroy both the legislative and judicial authority of the states.”

Hamilton said this could never happen, because the judiciary was too weak to impose its will – it was “the least dangerous” of the three branches. Not to worry.

Well, the Court’s power wasn’t really “granted” by the Constitution; it was taken by usurpation. But today the Court is indeed “above control.” So “Brutus” was right.

And “Brutus,” whoever he was, was an honorable man.

The Honor of Ron Paul Lies, Lies, and More Lies