Can any state have a “right to exist”? The question has been raised anew by Professor Hans-Hermann Hoppe, in his book Democracy: The God That Failed. He answers it with a resounding No.

Hoppe is only the latest thinker in the tradition of philosophical anarchism. His mentor, the late Murray Rothbard, was another. Both owe their ideas to a great but little-known nineteenth-century American, Lysander Spooner.

Spooner’s position was simple. There is a moral law, which in essence we all learn in early childhood, even before we know our math tables. Basically it is this: Don’t harm other people. The principle is simple, even if its applications may occasionally be difficult. 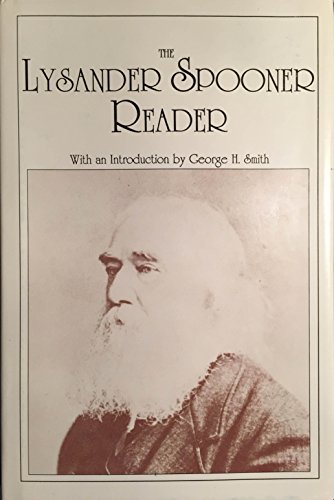 From this, Spooner reasoned, it follows that no state should exist. Nobody can claim the power to change the moral law or a monopoly of the authority to enforce it. But the state claims the right to do both. It tries to change the moral law by legislation, which is falsely thought to add to the moral duties of its subjects; and it insists that only it may define, outlaw, and punish wrongs.

The results of the state’s claims include war, tyranny, slavery, and taxation. Human society would be better off without the state.

The best argument for anarchism is the twentieth century. One scholar, R.J. Rummel, calculates that states in that century murdered about 177 million of their own subjects — and that figure doesn’t even count international wars. It’s inconceivable that private criminals could kill that many. It would be interesting to know how much wealth states have confiscated and wasted.

But could society exist without the state? Is it a necessary evil of human existence? Can it even be a positive good?

Previous article by Joseph Sobran: How Might Makes Right