St. Paul and the Communists

Chapter XVIII, Out of Step

The dogma that the State or the Government is the embodiment of all that is good and beneficial and that the individuals are wretched underlings, exclusively intent upon inflicting harm upon one another and badly in need of a guardian, is almost unchallenged. It is taboo to question it in the slightest way. He who proclaims the godliness of the State and the infallibility of its priests, the bureaucrats, is considered as an impartial student of the social sciences. All those raising objections are branded as biased and narrow-minded. The supporters of the new religion of statolatry are no less fanatical and intolerant than were the Mohammedan conquerors of Africa and Spain. (Ludwig von Mises, Planned Chaos)

This is a comment on communism in general, on communists in the political establishment, and on Saul of Tarsus. Let us begin with the last.

It is written that Saul, a Pharisee, was plagued with the arrogance of Truth. He could brook no error. And the error that disturbed his soul was the doctrine of the arisen Messiah. Not only was the doctrine gaining currency among the lowly proletariat, to whom the promise of salvation offset the hopelessness of their earthly condition, but even among his own class, the scholars, there were a number who took to it. To Saul it was a denial of the Law of Moses – which was the whole Truth – and therefore unthinkable. He could do no less than challenge the "untruth." To this purpose he brought to bear all the learning and the skill of which he was possessed; he quoted from the Law to prove it a heresy, employed parable and logic to denounce its wickedness, and all in all put forth his best powers of persuasion to scotch its acceptance. 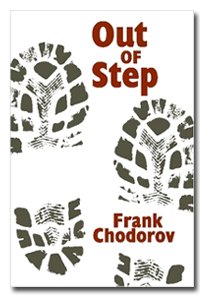 But, so the story goes, his efforts were of little avail; even his teacher, a beloved rabbi, was persuaded that the Messiah promised by the Prophets had really come to Israel, and many learned men declared the belief permissible. The Messianists multiplied and Saul’s heart grew heavy. When one possessed of the Truth suffers from a heavy heart he is susceptible to a more dangerous affliction – the craving for power to eradicate error, to cause Truth to triumph by force. Saul of Tarsus had a bad attack of it.

So, he offered his services to the High Priest, who had reason enough to fear the spread of the unauthorized doctrine, and was promptly appointed The Law-enforcement agent. Henceforth, he need not resort to reason, but could denounce, arrest and punish, which he proceeded to do with the zeal of the righteous; and with the help of Temple guards carefully selected for their capacity of brutality. He was the commissar, and his department was Truth. 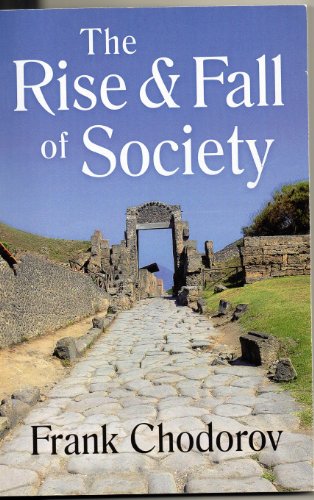 Before their messiah, Lenin was transported in Kaiser Wilhelm’s sealed car to the Promised Land, socialists were not unlike Saul in his precommissar stage. They were limited to the innocuousness of the ecstatic soapboxer. One could overlook their air of exaltation and transfiguration, for their hearts were harmlessly good; their intense interest in the underdog of society gained them a hearing despite the irrationality of their aphorisms and shibboleths. Even though their eyes had been kissed by Karl Marx, they were humble enough to submit his concoction called "scientific socialism" to the arbitrament of reason; they were tolerable. Sometimes, as is the case with those who have taken vows, they would consider you sinful because you refused the rope of salvation, and even treat you to a parcel of invective. And always the argument would end up with the threat of brimstone – "comes the revolution" – which you would laugh off with an "amen" because you never expected the revolution.

The revolution did come, not in 1918 but in 1933. To be exact, it took fifteen years for the chrysalis of socialism to emerge into full-fledged communism. Messiah Lenin had preached the superiority of the lash over logic, as did Almighty Marx, but the "evolutionary socialists" clung to their thesis; they were convinced that the glorious dictatorship of the proletariat would come by way of the mesmerism of "inevitable historic forces," by which time capitalism would be so debilitated that a mere push would topple it. For some time after a handful of coffee-shop intellectuals – not an amorphous proletariat – took over the repressive machinery of the czars, the anointed in this country showed an inclination to argue the merits of their creed. During those fifteen years, the realism of the lash became undeniable. By 1933 all pretense of reasonableness was dropped. Karl Marx was thereafter mentioned but never argued. 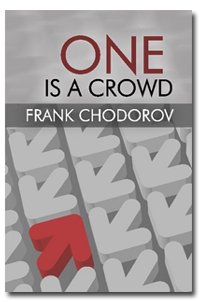 Communism is the religion of power. To be sure, it has a rationale and even an ethic; but so had pharaohism, caesarism, the Inquisition, and all the machines of coercion ever invented by man. It is necessary for those who compel subservience to clear their road with a moral code of some kind. In such a religion the self-restraints of "bourgeois morality" have no place, while heretical indeed is the doctrine of nonmaterialistic, superpersonal ideals. Being the only true religion it cannot permit competition from any other "opium." Power is god enough.

Communism did not come, as Marx predicted, as the inevitable replacement of a collapsed capitalism. It came because of improvements in the techniques of grabbing power: the machine gun, the radio, the airplane, and, above all, the art of fiscal robbery. Lenin preached the glory of toughness; Stalin purged. Mussolini bettered Stalin’s fanfare with castor oil. Hitler added the racial gadget of repression. The "public good" was invoked by all three. 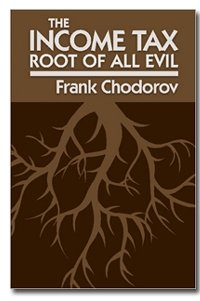 It remained for the Great Man in America to improve on their techniques by destroying the meaning of words, by so confusing language that instead of being a means of communicating ideas it became an instrument for compelling subservience.

Meanwhile, he dug up and polished the old Roman device of "bread and circuses." Here was an apostle of power whom the least bloodthirsty socialist could accept. No bludgeon in his equipment, but the skillful use of seductive phrases, so dear to the "intellectual," gained for him the selfsame means of compelling conformity which his crude European models sought: control of the economy. And with that control he built a hierarchy – a church. He anointed the frustrated soapboxers and collegiate wordmongers with the scented oil of bureaucracy. He gave them jobs. He invested them with power. That began in 1933.

And now we come to the spy hunt, which is, in reality, a heresy trial. What is it that perturbs the inquisitors? They do not ask the suspects, do you believe in power? Do you adhere to the idea that the individual exists only for the glory of the state? Ought not the TVA be extended to cover the whole country, so that by merely pulling a switch the state can control all production? Are you against taxes or would you raise them until they absorbed the entire output of the country? Are you opposed to the principle of conscription? Do you favor more "social gains" under the aegis of the bureaucracy? Or would you advocate the dismantling of the public trough at which these bureaucrats feed? In short, do you deny power?

Such questions might prove embarrassing to the investigators. The answers might bring out the similarity between their ideas and purposes and those of the suspected heretics. They too worship power. Under the circumstances, they limit themselves to one question: Are you or were you a member of the Communist Party? And this turns out to mean, have you aligned yourself with the Moscow branch of the church?

The Best of Frank Chodorov

Frank Chodorov was an advocate of the free market, individualism, and peace. He began as a supporter of Henry George and edited the Georgist paper the Freeman before founding his own journal, which became the influential Human Events. He later founded another version of the Freeman for the Foundation for Economic Education and lectured at the Freedom School in Colorado.