Thirty Years of Trial and Error

When it comes to choosing guns, thirty years of hits and misses has taught me that a gun I don’t like to shoot won’t accompany me to the range. Comfort is thus a key consideration when choosing a firearm.

Especially with handguns, accuracy is required for effect. Every handgun cartridge has documented instances where a determined attacker absorbed hit after center-of-mass hit and kept right on being a threat. The reality is that even someone with holes in their heart can keep going long enough to kill. Only solid hits on the central nervous system are decisive and instant fight-stoppers.

People who buy someone else’s favorite hand cannon (sorry for the offensive T-shirt in the link), shoot it a couple times and put it in a drawer to gather dust may not be helping themselves. It’s not much better if the shooter develops a flinch from anticipating recoil, muzzle blast or being hit by ejected cases from their gun.

For many, the answer lies in choosing guns that are not so powerful as to discourage practice. Among handguns a great example is the 9mm Luger. When loaded with 124 grain or 147 grain jacketed hollow points this cartridge typically performs well in gelatin testing.

The Glock pistol chambered for 9mm is simplicity itself, reliable, relatively easy to master, has magazines of capacities varying from 10 rounds to the 33-round version essential for battling zombie hordes (legality depending on where you live), and is surprisingly customizable. 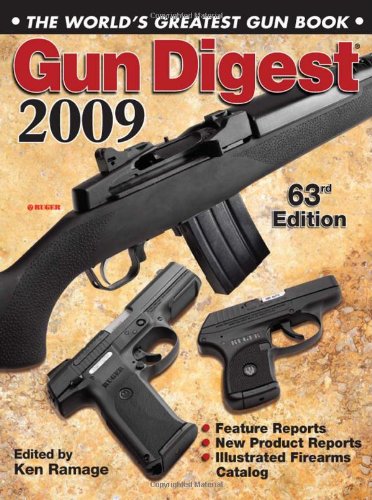 1911-style pistols often have among the best triggers of all repeating firearms. Most 1911 pistols are chambered for the original 45 ACP cartridge, a wonderful round designed around military specifications set in the last days of the horse cavalry. It was intended to equal the 45 Colt revolver cartridge, useful for among other things shooting horses weighing half a ton from under their riders.

While there’s nothing wrong with a 45 ACP that shoots a 230 grain bullet at about 900 feet/second, the same gun chambered for the 9mm Luger, shooting a 147 grain bullet about 980 feet/second makes for a much more enjoyable experience. That often translates to more range time.

Until recently the 1911/9mm combination suffered from reliability problems; some would feed, fire, and eject without fail, many would choke periodically. One manufacturer, Springfield Armory, redesigned the magazine under the guidance of legendary competitive shooter Rob Leatham and now the 1911 in 9mm is as reliable a combination as can be found.

Finding one is the problem. They remain rare although more companies are making them now than ever before (here or here, for example). Some makers offer downsized versions of the 1911 (here, here, here), reduced to fit the smaller cartridge from the ground up. They’re quite pricey, but get rave reviews.

Regarding shoulder-fired guns, a good defensive carbine (a rifle with a shorter barrel and less powerful cartridge) can be just as good a fight-stopper as a shotgun at short range but contains a whole lot more rounds in the magazine, not to mention the carbine’s usefulness at longer ranges should the unusual need arise.

A breakthrough in this area is currently in process.

The effectiveness of a rifle bullet apparently has much to do with fragmentation. The "old" military load for the M16 was a 55 grain bullet moving about 3240 feet/second when it exited a 20 inch barrel. Within about 125 yards the bullet was still moving fast enough that upon hitting a person the bullet would break into two or more pieces and each fragment would sow a separate path of destruction through tissue and potentially hit an important anatomical target.

Recent changes toward shorter-barreled weapons and a heavier, longer bullet led to concerns about performance. Fragmentation occurred less often and only at shorter ranges due to the slower velocity of the bullet.

A "fix" that started within the Army was to develop a new cartridge that addressed the shortcomings of the 5.56 NATO round and improved upon the 7.62×39 cartridge fired by the AK-47. The result was the 6.8mm Remington SPC cartridge.

This new cartridge has seen its share of controversy and growing pains and its widespread adoption by the military is unlikely, but it is gaining a committed following among civilian shooters and hunters. In properly set up rifles (usually variants of the AR15) it hurls a bullet twice as heavy as the 5.56 NATO at nearly the same velocity when both are shot from handy 16 inch barrels. Depending on the specific bullet used, it offers fragmentation out to 300 yards and retains the ability to penetrate common barriers like car windows and doors.

The 6.8 shoots soft, carries up to 25 rounds in a magazine, is often exquisitely accurate, all in a design that is thoroughly proven and user serviceable. Its major drawbacks are ammunition availability and cost, with factory-loaded cartridges running around a dollar per shot (about the same as 308 Win and twice that of cheap 5.56 NATO FMJ practice ammo). Since I believe it’s folly to plan on fighting the Next American Revolution, I consider these issues negligible.

The 6.8 deserves serious consideration by anyone looking for a long gun. It is effective from zero to 300 yards, easy on the shooter’s shoulder whether being fired or carried, and customizable to most persons’ tastes and budgets, plus it meets one of the most important criteria of all: it is still fun to shoot after a couple of magazines’ worth of rounds are expended.

Examples of the 6.8 SPC AR15 are here, here, here, and here. These last three sell only the expensive part, which is the upper half of the rifle; the lower half of any AR15, regardless of manufacturer, simply snaps on and must be purchased through a licensed firearm dealer, for a total cost around $1,000 to $1,200.

One of the best aspects of the AR platform is how any home hobbyist can buy a quality stripped receiver from a gun shop and mail order all the other parts to assemble one at home. When it comes to the 6.8 SPC, my strong preference would be to assemble the lower myself and buy a quality complete upper receiver from one of the firms with an overall rating of "A" on this chart.

Guns of other calibers have merit; I just wish I hadn’t spent so much money these past 30 years on guns I learned to dislike shooting. Give me a 9mm pistol or the newest 6.8 SPC any day.

Previous article by David Calderwood: Ready To Sell Apples for 5

The Great Government Bread MachineReady To Sell Apples for 5